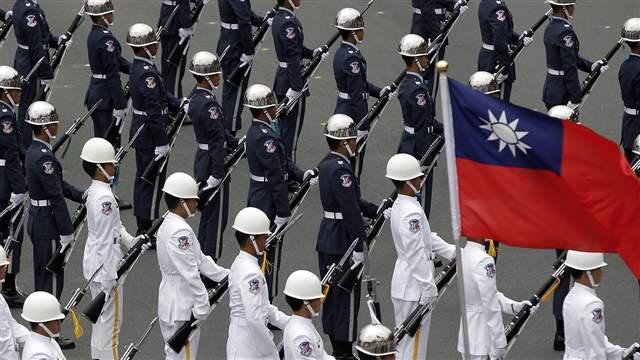 Taiwan-watchers waited for long four years for new arms sales, but their patience was not met with large reward when the news about imminent arms sale to Taiwan emerged at the end of November.

The official announcement from this week confirmed that the package presents rather modest improvement of existing inventory. The largest difference against earlier speculations was the absence of a single AH-64E Guardian Apache meant to compensate for a loss of the same attack helicopter in 2014.

Another discussed and non-controversial item, 10 MH-60R helicopters, is not on the list either, which is in all likelihood a result of unfinished bureaucratic procedures after Taiwan submitted letter of request (LoR) at the end of October. Anyone who expected some remarkable boost of Taiwan’s defense will be disappointed.

For example, purchase of Stinger MANPADS or BGM-71 TOW 2B anti-tank guided missiles only adds to Taiwan’s existing inventory of the same systems. The most high-profile items on the list are two Oliver Hazard Perry-class (OHP) frigates, enlarging current fleet of Taiwan’s OHPs to total of eight. However, two refurbished frigates were designated for sale to Taiwan already two years ago. Purchase of 36 AAV-7 amphibious assault vehicles, which U.S. Marine Corps plans to replace in coming years, might be considered by some as wasteful spending on out-of-date weapons.

However, even though this sale may not be very impressive, all the items provide meaningful contribution to Taiwan’s defense. For example, the AAV-7s will boost capabilities of Taiwan’s own Marine Corps (ROCMC). Marines requested additional AAV-7s (adding to existing 54 in ROCMC’s inventory) in order to increase unit mobility across the main island and maintain ability to reinforce units on offshore islands in the Taiwan Strait. For example, 66th Marine Brigade stationed in Linkou near the capital city Taipei would use its AAV-7 to cross river Danshui in case of rear attack on Taipei. The Marines in Linkou are the nearest military unit should People’s Liberation Army decide to use its airborne troops and Special Forces to seize the capital and greater number of AAV-7s will enhance unit’s mobility.

Perhaps the most interesting items on the current list are the ones that will receive less attention. Acquisition of 10 Link 11/Link 16 data links for 4 Lafayette and 6 OHP frigates will integrate them with Taiwan Advanced Tactical Data Link System (TATDLS). Likewise, follow-on support for MIDS/LVT-1 and JTIDS helps to integrate weapon systems with Taiwan’s command and control (C2) infrastructure. These upgrades will result in greater capability to conduct joint operations and allow to utilize new Tri-Service Hengshan Military Command Center or long-range early-warning radar at Leshan. Moreover, cost-free lease of a bilateral communications network between Taiwan and U.S. Pacific Command is significant and underscores vitality of U.S.-Taiwan mil-to-mil relations.

Granted, arms package of total value $1.83 billion still feels underwhelming compared to the last two sales in 2010 and 2011 with combined value of $12.3 billion, including multi-billion upgrade for Taiwan’s F-16A/B to F-16V standard and Patriot PAC-3 air and missile defense systems. However, it would not be quite realistic to expect DSCA notice on a major weapon systems like jet fighters out of the blue. In 2011, some move on fighter jet issue was expected even though upgrade of Taiwan’s existing F-16 fleet has been perceived as Obama’s effort to avoid Beijing’s displeasure should his administration approve sale of modern fighter jet. While Obama administration received fair share of criticism in the case of 66 F-16C/D requested by Taiwan, Taipei has not been very active on the case either, except occasional confirmation of standing interest, and the issue slipped from bilateral agenda.

Submarines are somewhat different story. When President Bush approved possible sale of eight diesel-electric submarines in 2001, he did it knowing that the U.S. has no in-houses capability to build diesel-electric submarines. Last year, after a decade and a half of fruitless efforts, Taiwan has decided to go ahead with domestic production. The U.S. assistance in this endeavour will be crucial. However, at this stage it would be premature to expect Taiwan side to request specific systems for sale. Instead, it is time for U.S. companies to take part in the indigenous defense submarine program (IDS). 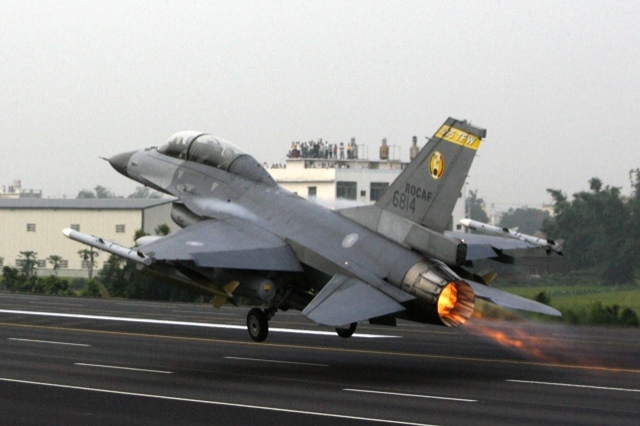 The arms package also lacks significant offensive punch. Neither of the systems on the list enhances Taiwan’s military ability to engage the enemy at a distance. That said, sale of defensive articles is in line with stipulations of Taiwan Relations Act (Sec. 2). What exactly is a defensive weapon is subject to interpretation at given moment, which can be quite flexible given the sale of Joint Direct Attack Munitions (JDAM) in 2011 as part of F-16 upgrade package.

This unspoken division of labor serves both sides well. Washington may claim that there is no policy change in terms of providing Taiwan with defensive weapons, while Taipei builds up its capacity to conduct counter-offensive operations. Washington has not always been sympathetic toward Taiwan’s missile program, but it has come to embrace it in all but explicit terms by supporting Taiwan’s effort to develop innovative and asymmetric defense capabilities.

U.S. arms sales to Taiwan are also about political posturing, military value of delivered weapons notwithstanding. In this sense the latest package can be subject of both criticism and praise. Criticism because it could be perceived as too little after the longest break between two sales since 1979. Praise because it still sends signal to Beijing about lasting U.S. commitment to Taiwan, and by extension to the region, value and delay of the sale aside. The ultimate value of this sale will be tested by the occurrence of the next one. Regular arms sales on annual basis, addressing Taiwan’s needs as they come, may serve both sides better and present Beijing with arms sales as a part of status quo in the Taiwan Strait.