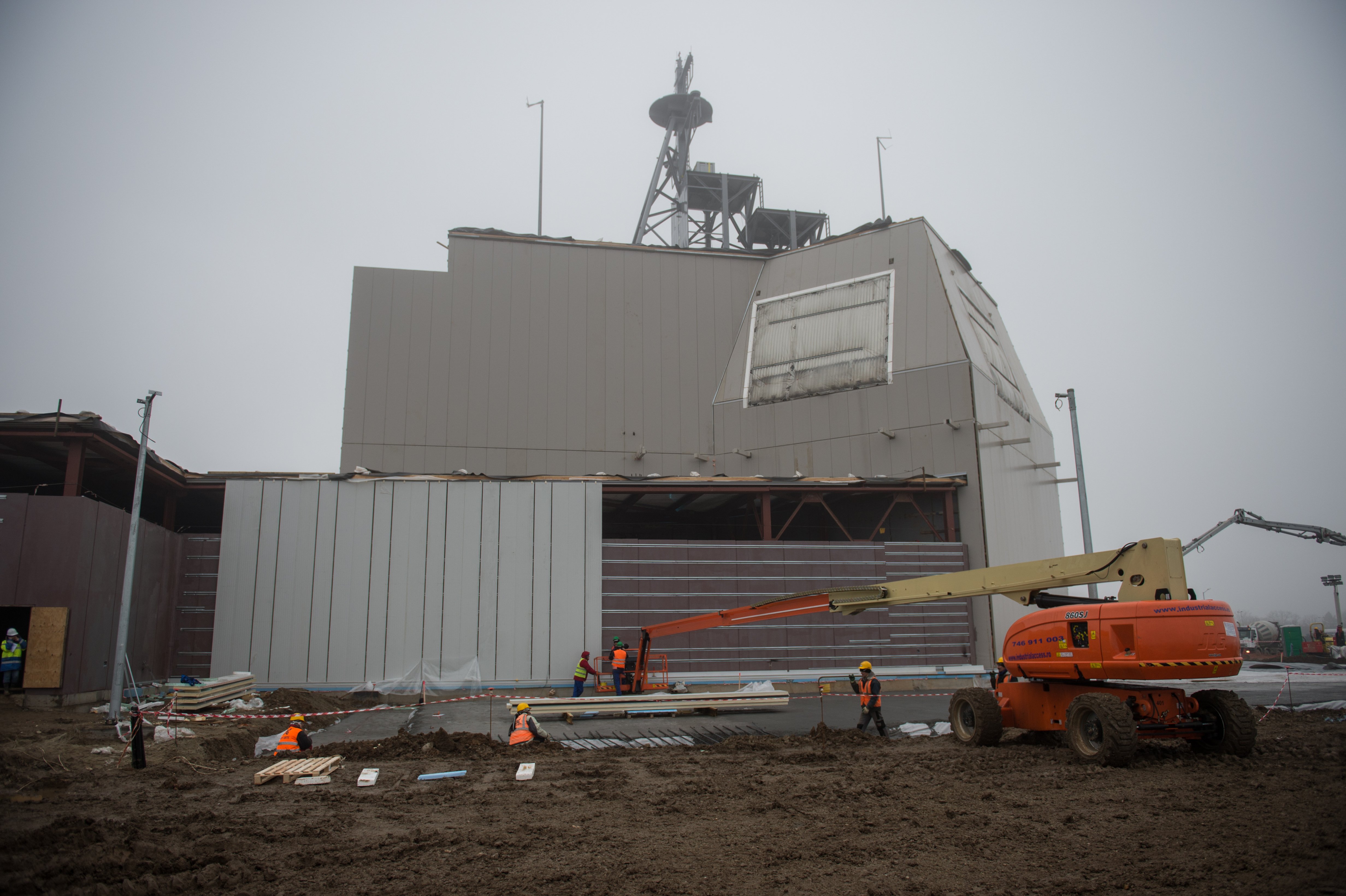 U.S. and Romanian officials will make a “Technical Capability Declaration” for the first Aegis Ashore ballistic missile defense site this Friday, a formal announcement that the site has moved from construction to the integration phase – though still short of the goal for the system to go operational by the end of this year.

A defense official told USNI News that officials from both countries will host a ceremony to mark the handoff of control from the U.S. Missile Defense Agency, which oversaw construction, to U.S. Naval Forces Europe, which will run the site for several months during an integration period. NAVEUR will help link the BMD installation into the rest of the NATO architecture and test the system to ensure all connections are in place for the entire detect-to-engage spectrum. Once initial operational capability is reached in early 2016 and integration is complete, the Navy will hand the site over to NATO for operations.

The technical capability declaration means that all major components of the Aegis Ashore missile defense system in Deveselu, Romania, are installed or in place and have been handed over to NAVEUR, as the operational commander, to begin integration, the official said.

However, the accomplishment – which technically meets President Barack Obama’s call to “add a land-based [Standard Missile-3] ballistic missile defense interceptor site” by the end of 2015 – falls short of comments from the White House and Defense Department that the site would be operational by Dec. 31.

Still, the site has come a long way since the October 2013 start of construction. In a Nov. 24 interview, Program Executive Officer for Integrated Warfare Systems Rear Adm. Jon Hill told USNI News that the Aegis Ashore installation was mostly complete and had been certified to receive ordnance. As the final spaces were completed, the Board of Inspection and Survey (INSURV) would go through its trial process, much like INSURV does with new ships, he said.

Though it will take several more months before becoming operational, the site will be important to both Romania and the United States.

“The establishment of the Aegis Ashore site in Romania is a key step in our efforts to protect against the growing threat posed by the proliferation of ballistic missiles,” Navy spokesman Lt. Cmdr. Tim Hawkins told USNI News.
“Once everything is fully in place and ready to go, the site will provide additional defensive capability for protecting our NATO allies in Europe.”

Hawkins added that operational control would be transferred to NATO “at the appropriate time.”

A second Aegis Ashore site is set to go online in Poland in 2018, and Japan has reportedly expressed interest in a site and started researching the system.