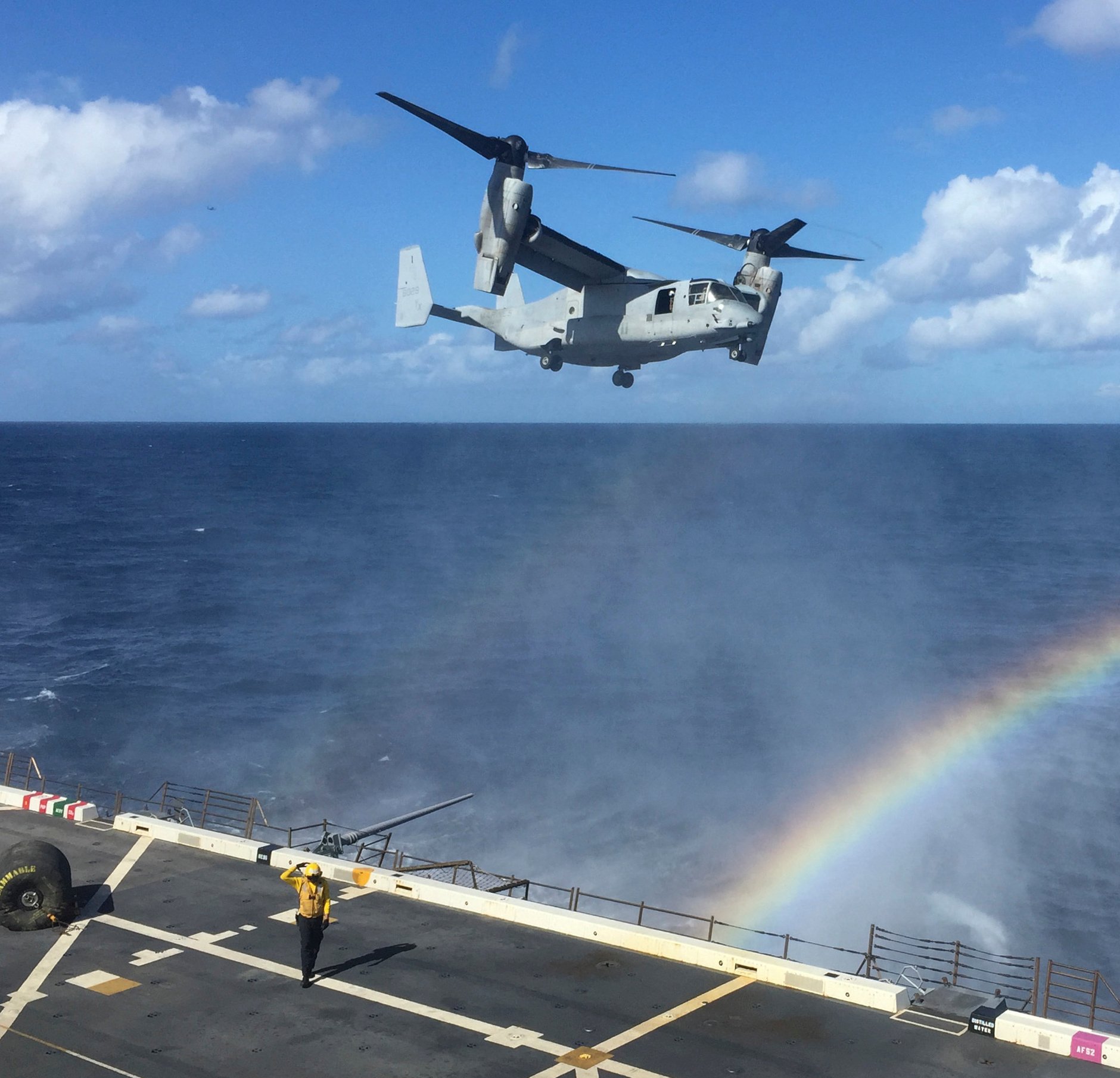 No one was injured when an MV-22B tiltrotor aircraft with the 13th Marine Expeditionary Unit experienced a “landing mishap” on the deck of transport dock ship USS New Orleans (LPD-18) on Wednesday afternoon, a spokesman said Wednesday night.

The Osprey was carrying 22 passengers along with a four-person crew when the mishap happened about 5 p.m. local time, Capt. Brian “Scott” Villiard, the 13th MEU spokesman told USNI News.

“Everyone is safe without injury, to include the ship’s crew members,” Villiard said by email from the USS Boxer (LHD-4), the flagship for the 13th MEU and the Boxer Amphibious Ready Group. The Marines were returning to the ship after doing a training event ashore, he added. 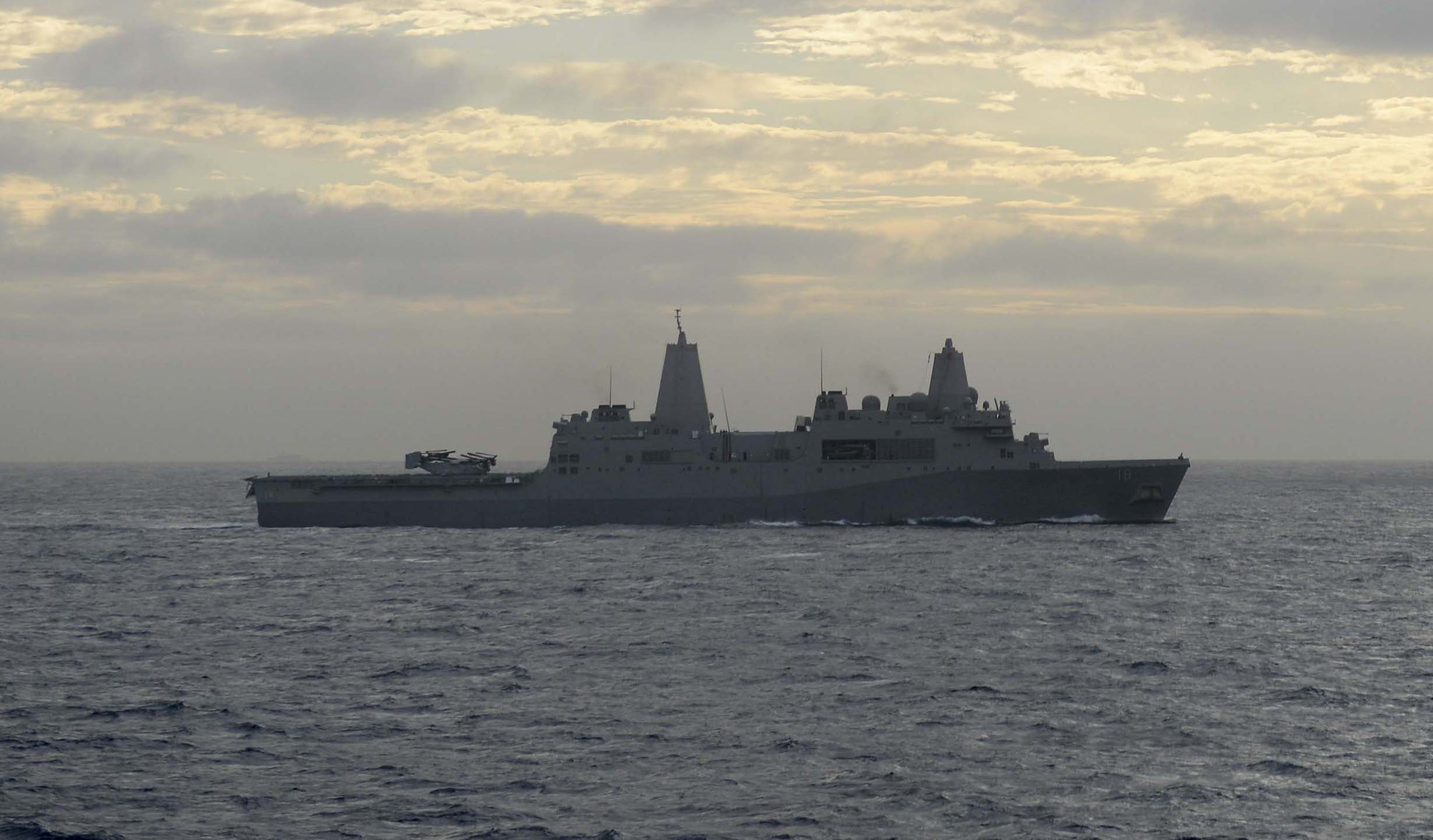 The San Diego-based New Orleans was operating off the coast of Camp Pendleton at the time of the incident, which is currently under investigation, he said.

The 13th MEU and Boxer ARG are in the midst of conducting the Certification Exercise (CERTEX) ahead of the scheduled deployment in early 2016 to the U.S. Central Command and U.S. Pacific Command regions. The 13th MEU’s air combat element includes Marine Tiltrotor Squadron (Reinforced) 166.