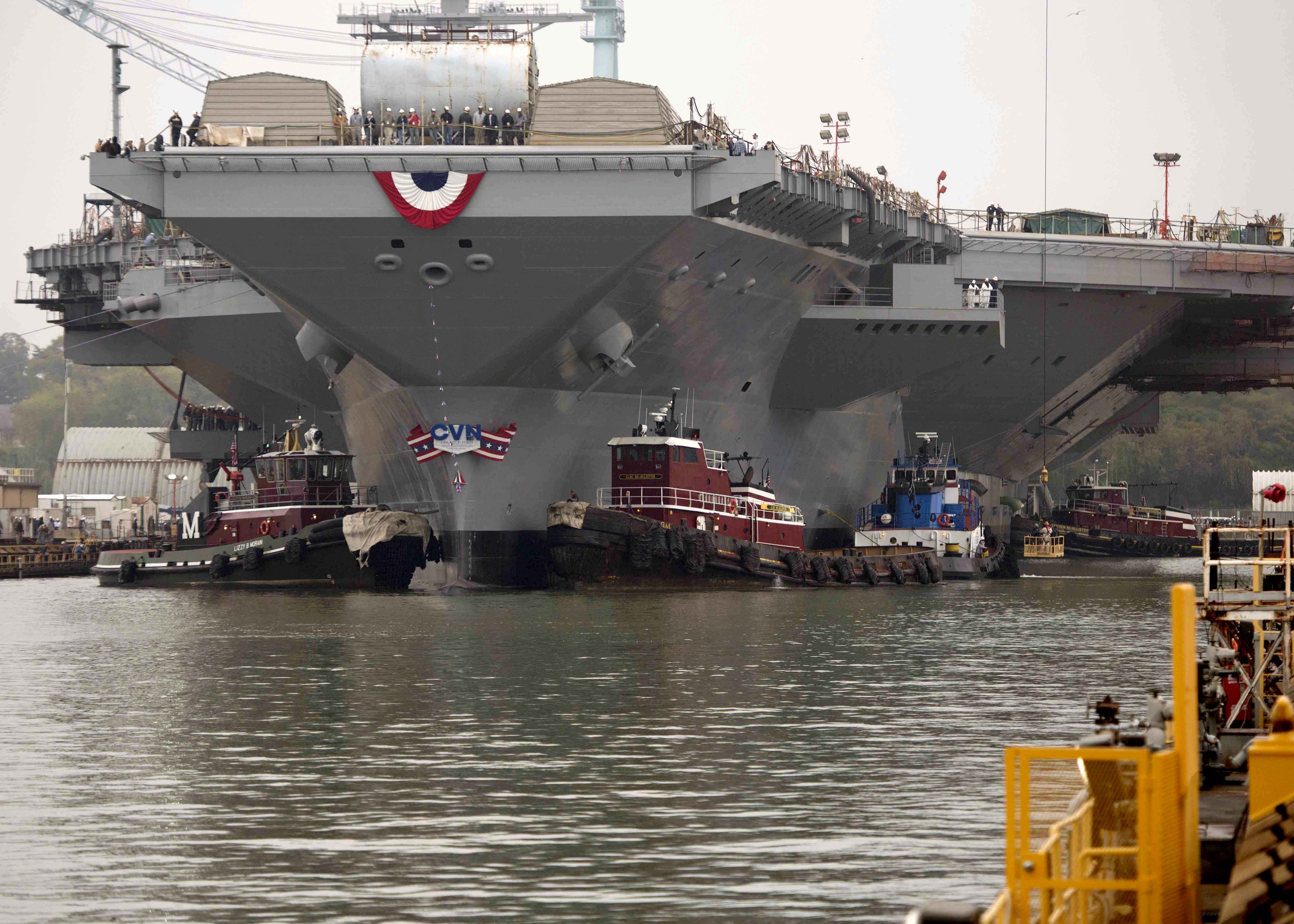 The Ford-class aircraft carrier program offers several lessons on how to build a new ship class while designing the combat system as late as possible to incorporate new technologies, the CVN-78 program manager said at the American Society of Naval Engineers’ annual Combat Systems Symposium.

Capt. Chris Meyer said at the Dec. 2 event at Washington Navy Yard that the first carrier in the class, Gerald R. Ford (CVN-78), would have a 12-year lag between reaching milestone B and delivering to the fleet. Because of that, his challenge was, “how do you insert into that 12-year timeline the most up-to-date warfare system that you can, and how do you do that in a way that you can actually afford to do that into the shipbuilder’s plan and stay within your shipbuilding budget?”

He said that overall the plan worked in that a highly capable warfare system with relevant hardware and software will be delivered to the fleet. But he said there was a great deal of friction caused by developing both the ship design and the combat system designs at the same time, and the lack of defined interfaces between the two caused delays that he is still dealing with today at Newport News Shipbuilding.

Meyer reflected on his program during a panel on “Affordable, Capable and Sustainable Integrated Combat Systems.” The basic approach to the first-in-class carrier was to begin designing the ship as government-furnished equipment (GFE) providers designed their components of the combat system. At a certain date, the GFE builders would owe the Navy and Newport News Shipbuilding information about their systems, how much power and cooling they would require, how they would interface with the ship hull and other systems, and other information NNS would need to complete the ship design. The original ship design contract did not include the combat system; technical data packages on the combat system components would be developed, and contract changes would be signed to incorporate those technical data packages when ready.

Overall, Meyer said, the process was sound. But because both the ship design and the combat systems designs were new, several problems crept up. 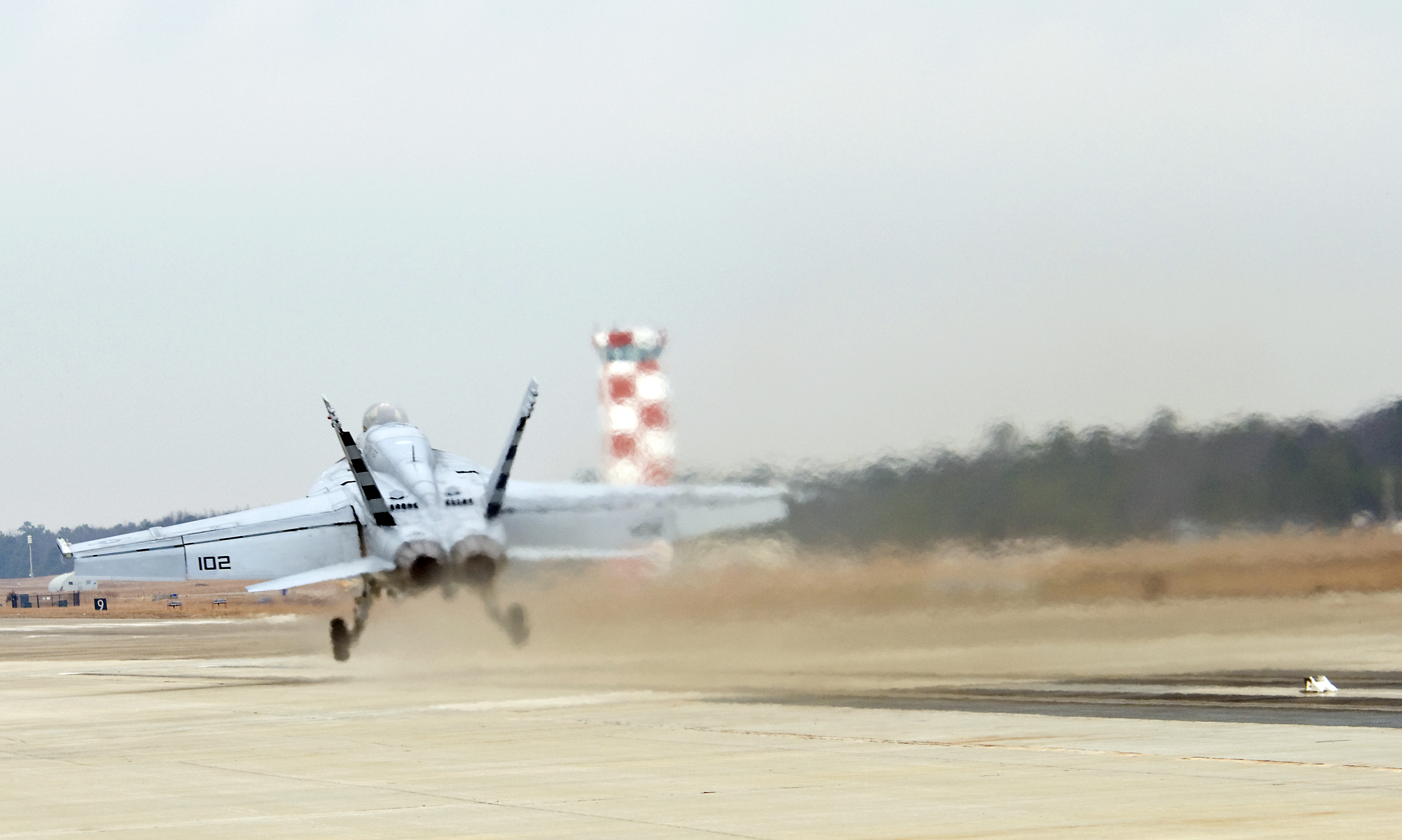 Many of the Ford-class carriers’ systems, including the Dual Band Radar, Electromagnetic Aircraft Launch System and Advanced Arresting Gear, were designed and delivered as government-furnished equipment. Above, an F/A-18E Super Hornet is launched during a test of the EMALS in Lakehurst, N.J., in 2010. US Navy photo.

First, on the government-furnished information, “relatively early in the process the shipbuilder came back and said ‘I need it all earlier.’ So we spent two years accelerating all the GFI deliveries,” which Meyer said the GFE manufacturers were able to accommodate in most cases after “much pain and agony.”

Once that GFI came in, the information was not as clear or thorough as expected, leading to a lengthy process of the shipbuilder trying to understand the combat system and requesting more information to inform the ship design.

The more fundamental problem, though, dealt with interfaces. Working groups were set up between Newport News Shipbuilding, GFE providers and the Navy to define not-to-exceed values for how much power a GFE item could use, how large a box the system would be contained in, how much cable it would need to connect to other components and more.

“The working groups were empowered to pass along the not-to-exceed values; there was no authority by anybody to enforce the not-to-exceed values,” Meyer said.
“So each PARM (participating acquisition resource manager) has a contract with their provider, they’re building their system. I’m the customer, I’m expecting something. There were changes along the way for one reason or another, there’s no power in the working groups to do anything about that other than facilitate a flow of information. So I think we kind of overestimated our ability to influence what some of these details were going to look like.”

“Our assumption was, if we could meet the not-to-exceed criteria that the insertion of these systems into the ship’s design would be relatively simple … and then you have at the last-minute a warfare system that’s been properly defined, integrated into the ship and now it’s part of the contract,” he said.

Meyer said a lot of micromanaging went into keeping this process on budget despite all the unexpected complications. Though the actual combat system development process stayed under budget, it took so long that the shipyard faced delays and accrued cost overruns for the program as a whole.

He also noted that the headquarters modification request (HMR) process to make the contract changes to incorporate the combat system was very cumbersome and suggested that a different mechanism might be used in future shipbuilding programs.

Despite the headaches associated with working out the interfaces, Meyer said the Navy will ultimately get a highly capable next-generation aircraft carrier, and “we came out of it relatively okay.”

“The conclusion from this experiment on CVN-78 was that the basic approach was sound, I believe, but we tried to do it too early, i.e. on the first-in-class ship, where the ship design wasn’t done and the warfare system design wasn’t done, and so the problems were all at the interfaces, and the interfaces weren’t designed,” Meyer said.
“So if you look back now you can say, well of course you had problems. We thought we could manage those going in, but a concurrent ship design and warfare system design without well-defined interfaces, that was the real problem. Now, to apply this on later ships in the class, when one of the two of those is define, I still think is a valid approach.”