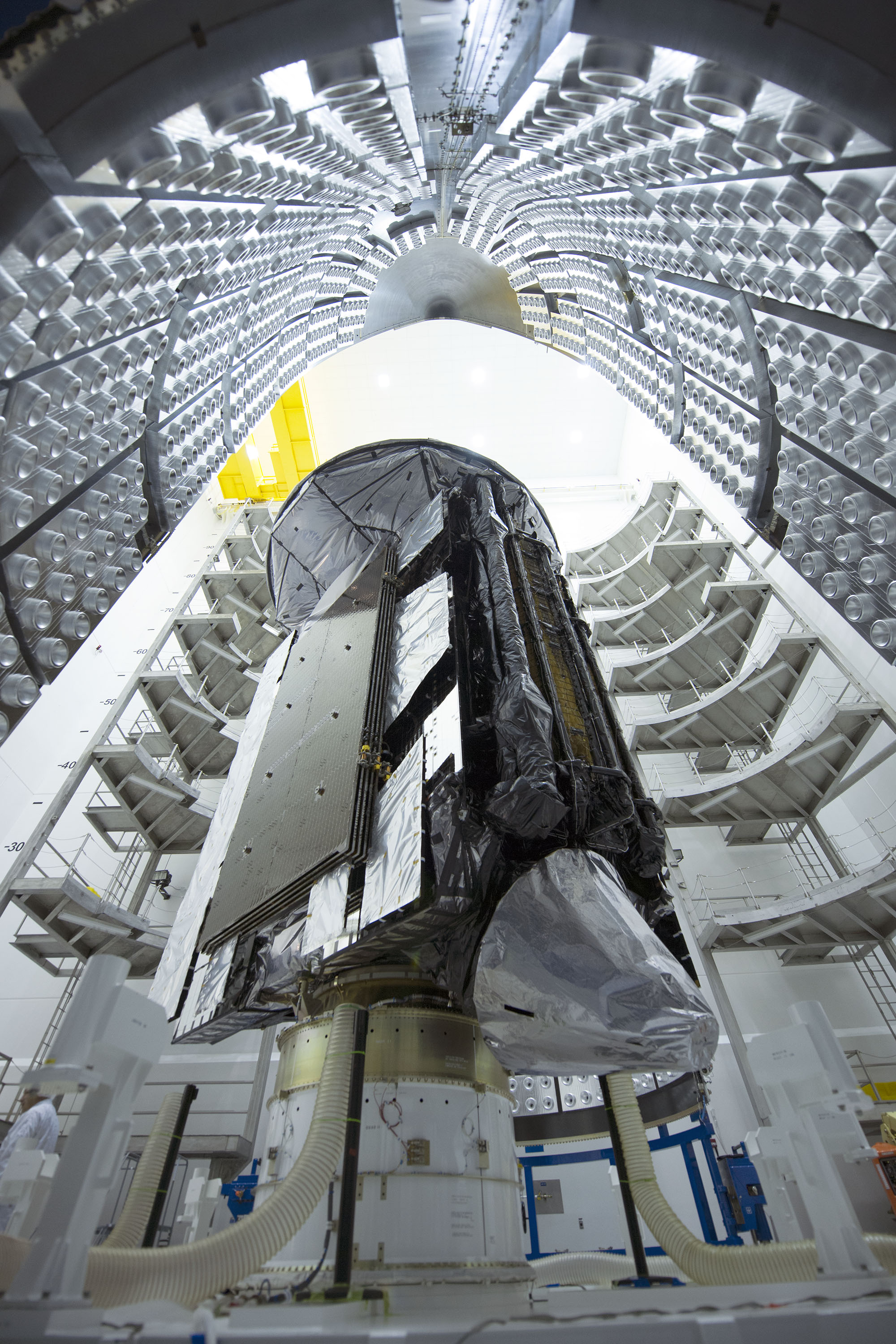 The MUOS-4 preparing to be launched in 2015. Lockheed Martin Photo

The fourth satellite that will make up the Navy’s high bandwidth next generation communication constellation has been accepted by the service, according to manufacturer Lockheed Martin.

MUOS-4 — launched in September — completed on-orbit testing on Nov. 30 and will be relocated to its operational orbit position next year.

“The satellite joins MUOS-1, MUOS-2 and MUOS-3, launched respectively in 2012, 2013 and January 2015, and four required MUOS ground stations. MUOS-5, an on-orbit spare, also will be launched next year,” read a Lockheed Martin statement.

MUOS-4 is the penultimate satellite as part of the $7.3 billion, five satellite program slated to replace the 1990s era Ultra High Frequency Follow-On (UFO) constellation. The new satellites promise ten times the transfer rates of the UFO net with speeds of up to 384 kbs.
The fifth MUOS satellite that will function as a spare will launch sometime next year.
The five MUOS satellites will plan to be used in conjunction with ground stations Hawaii, Italy, Western Australia and Chesapeake, Va.

While the network is well on its way, future radios that would use the constellation are far from settled.

An April Government Accountability Office report, there are problems in integrating the MUOS waveform into a new crop of radios has, “caused delays in the use of radios being developed by the Army as the first operational terminals to incorporate the waveform… Use of over 90 percent of MUOS’ planned capability is dependent on resolving problems with integrating the waveform, terminals and ground systems.”

The Army is continuing testing on future radios and is expected to have the first set of operational radios sometime next year.