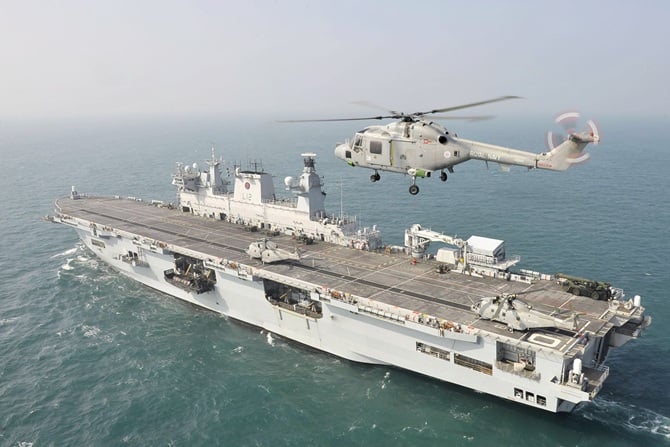 The U.K. Royal Navy flagship — the amphibious assault ship HMS Ocean (L12) — is slated for scraping in 2018, the U.K. Ministry of Defence confirmed this week.

The move to decommission the Royal Navy’s largest ship, not mentioned in the MoD’s latest Strategic Defence and Security Review, follows mere months after the completion of a $97.8 million upgrade.

“HMS Ocean will not decommission early and will continue in service as planned well into this Parliament. As part of the SDSR process, the decision was taken not to extend her and to decommission her in 2018, in line with her 20-year life span,” the MoD said in a statement.

Local press first reported on the decommissioning this week — which was not included as part of the report which was released on Nov. 23.

The current schedule to decommission the 21,500 ton, 20-year-old amphib will leave about a two-year gap between Ocean and the planned Queen Elizabeth (R08) carrier, which is slated to become operational in 2020.

In addition to fielding helicopters, Ocean also carries amphibious landing craft for Royal Marines. There are plans to include some amphibious capability on one of the two 70,000-ton Queen Elizabeth-class carriers.

The acknowledgement of the 2018 decommissioning of Ocean has drawn some criticism from government opposition in the U.K.

“The Government needs to come clean and explain exactly why it is retiring this key capability not only months after it was re-fitted, but years before the new class of aircraft carriers will be ready for service,” Maria Eagle, Labour’s Shadow Defence Secretary, told HuffPost UK earlier this week.