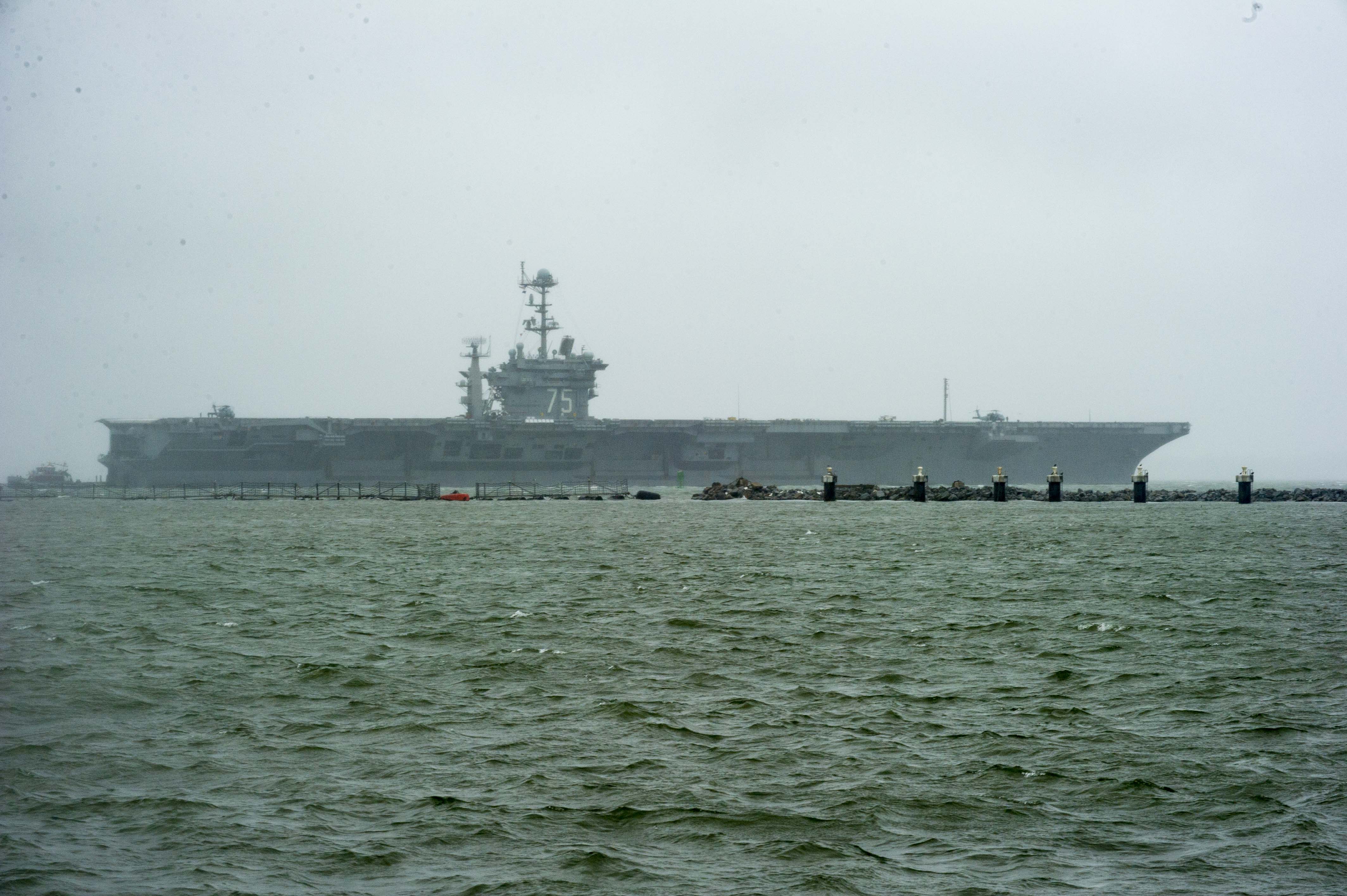 A previous version of this post had the incorrect hull number for carrier Harry S. Truman.

The news of the Monday deployment comes a month after the Theodore Roosevelt CSG left U.S. 5th Fleet and U.S. Central Command leaving the region without a U.S. carrier in the area for the first time in years.

When air strikes began against ISIS in 2014, U.S. carriers were the centerpiece of Operation Inherent Resolve while the U.S. secured allies and airfields for land-based airstrikes against ISIS.

The gap between Roosevelt and Truman — which will probably be about two months — will likely be a more common occurrence as the Navy catches up with more than decade of differed maintenance on its carrier forces.

Last year an extension of a maintenance for Truman prompted the Truman CSG and the Eisenhower CSG to swapped places in their planned deployments.

On Friday, the Navy announced the Roosevelt CSG had chopped into U.S. 3rd Fleet in route bound for its new homeport at Naval Station San Diego, Calif.

The move is part of a three carrier swap that deployed USS Ronald Reagan (CVN-76) to Japan and sent USS George Washington (CVN-73) to begin its midlife refueling in Newport News, Va.

The following is the complete U.S. Fleet Forces release on the Truman CSG deployment.

While deployed, the strike group will serve in the U.S. 5th and 6th Fleet areas of responsibility conducting maritime security operations and theater security cooperation efforts.