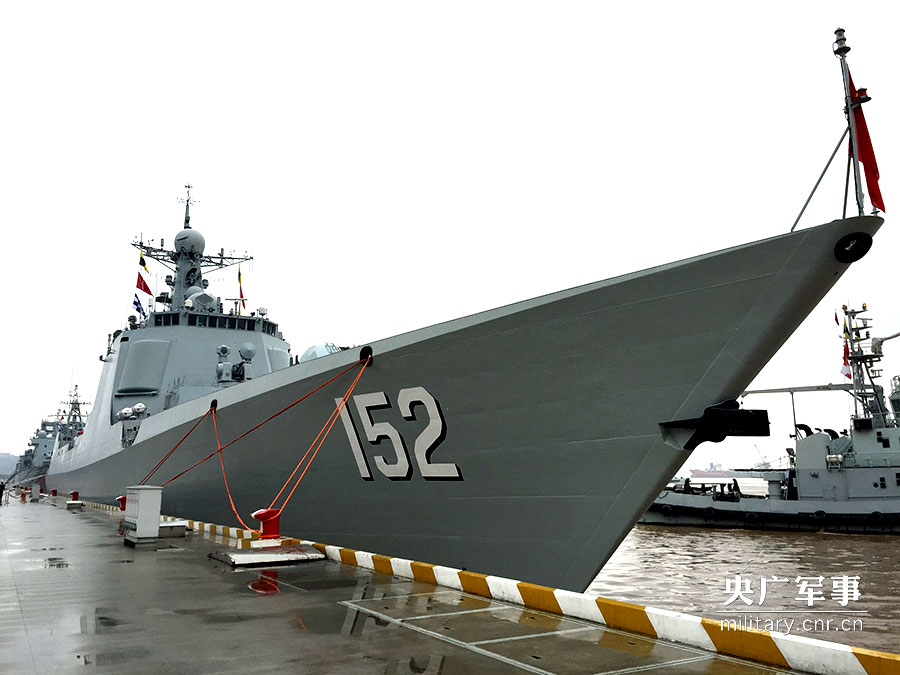 A trio of Chinese warships in the middle of a world tour are in route to Naval Station Mayport, Fla. for a scheduled goodwill port visit next month, U.S. Navy officials told USNI News on Thursday.

Jane’s reported the trio was in Stockholm late last month.

“Three vessels are on an around-the-world deployment and will conduct the goodwill visit after completing port calls in Europe,” read a statement from Navy Region Southeast.
“The amphibious assault ship USS Iwo Jima (LHD-7) will serve as the host ship. In Mayport, sailors from both navies will participate in sporting events and interact during ship tours.”

U.S. officials would not elaborate if there would be an at-sea training component to the visit slated to run from Nov. 3rd to the 7th.

Navy officials stressed the visit was planned months in advance but comes as Washington and Beijing are still at loggerheads over territorial possessions in the South China Sea.

The Obama administration has been weighing for weeks whether or not it will send a freedom of navigation mission within 12 nautical miles — the internationally recognized maritime border — of features in the Spratly and Paracel China has reclaimed from the sea. The creation of the new islands, which the U.S. does not recognize as Chinese territory, has inflamed tension in the region.

One member of Congress expressed concern that increased cooperation from U.S. should come along with more Chinese transparency.

“While the U.S. has been fervently cultivating military-to-military exchanges, China’s behavior at sea has not tracked with its rhetoric of a ‘peaceful rise’,” read a Thursday statement from Rep. Randy Forbes, from the chair of the House Armed Services Subcommittee on Seapower and Projection Forces, to USNI News.
“Engagement like the upcoming Chinese visit to Mayport should not be done purely for engagement’s sake, and I hope that in addition to increased transparency, we start to see China moderate its other destabilizing activities.”
In addition to the Mayport visit, China has sent the flotilla to first ever PLAN port visits in the Baltic Sea in ports like Stolkholm, Sweden and Helsinki, Finland as part of the world tour

Earlier this month a PLAN training ship with Chinese midshipmen pulled into Joint Base Pearl Harbor-Hickam.

Yesterday, a collection of about two dozen U.S. naval officers paid a visit to the Chinese aircraft carrier Liaoning in China, according to Chinese state controlled press and confirmed by the Navy.