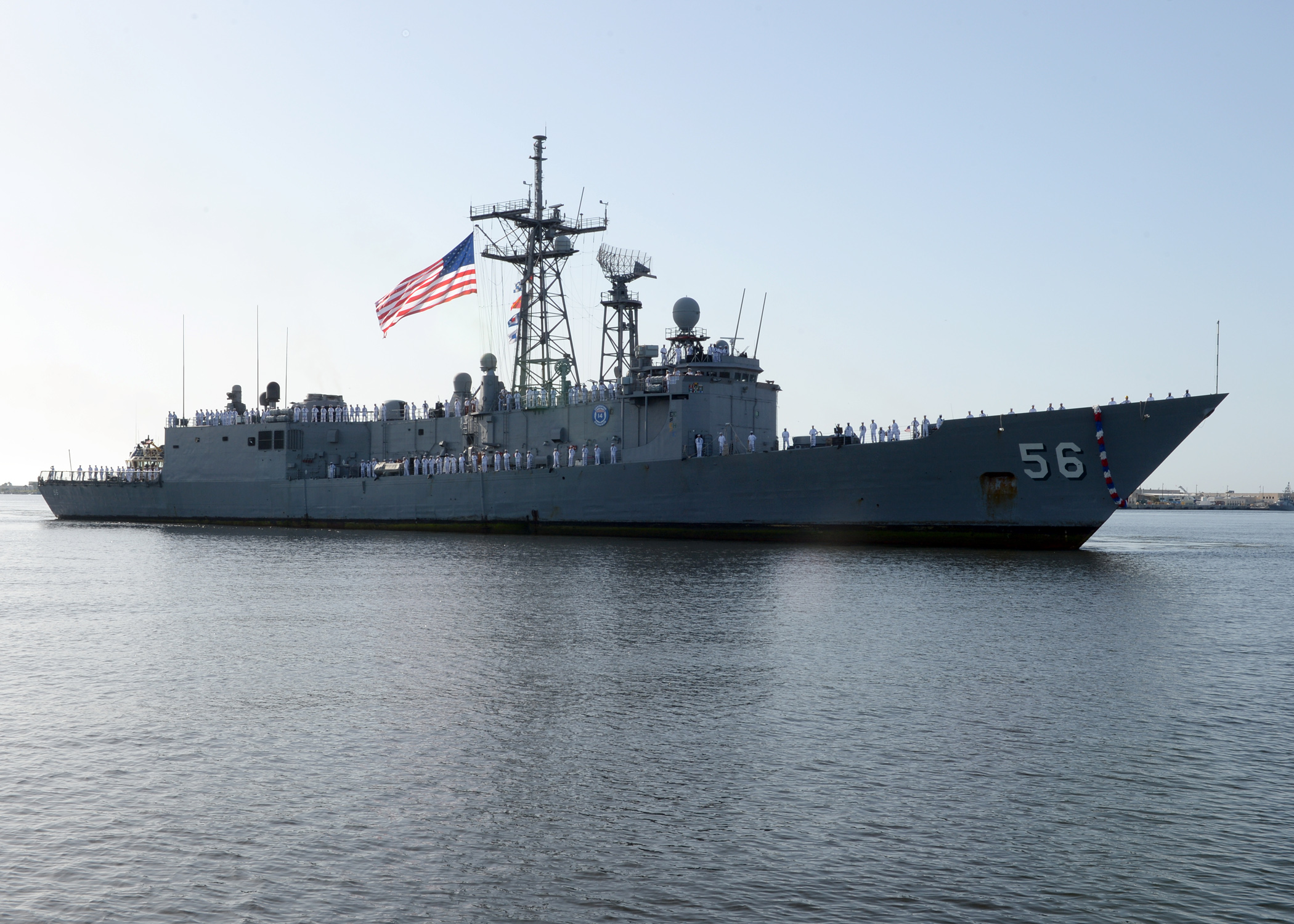 USS Simpson (FFG-56) returns to Naval Station Mayport after completing a seven-month deployment to the U.S. 5th and 6th Fleet areas of operation. US Navy Photo

Simpson’s departure from the service marks the end of the Perrys in the service making way for the roles to be filled by the new Littoral Combat Ships (LCS).

Following the departure of the ship from the service, the ship is set to be put up for foreign military sale (FMS) after being towed to Philadelphia sometime next month, according to information from the service.

Simpson was best known as part of a three-ship surface action group (SAG) that was in turn part of Operation Praying Mantis — the retaliation mission following the near-sinking of frigate USS Samuel B. Roberts (FFG-58) during the Iran-Iraq War in 1988.

Belknap-class cruiser USS Wainwright (CG-28), Knox-class frigate USS Bagley (FF-1069) and Simpson destroyed an oil-rig based surveillance post and sunk Iranian patrol boat Joshan, according to a May 1989 account of the operation in Proceedings.

The ship departed for its final deployment to U.S. Southern Command in November to Europe and the Middle East and returned to Mayport in June.