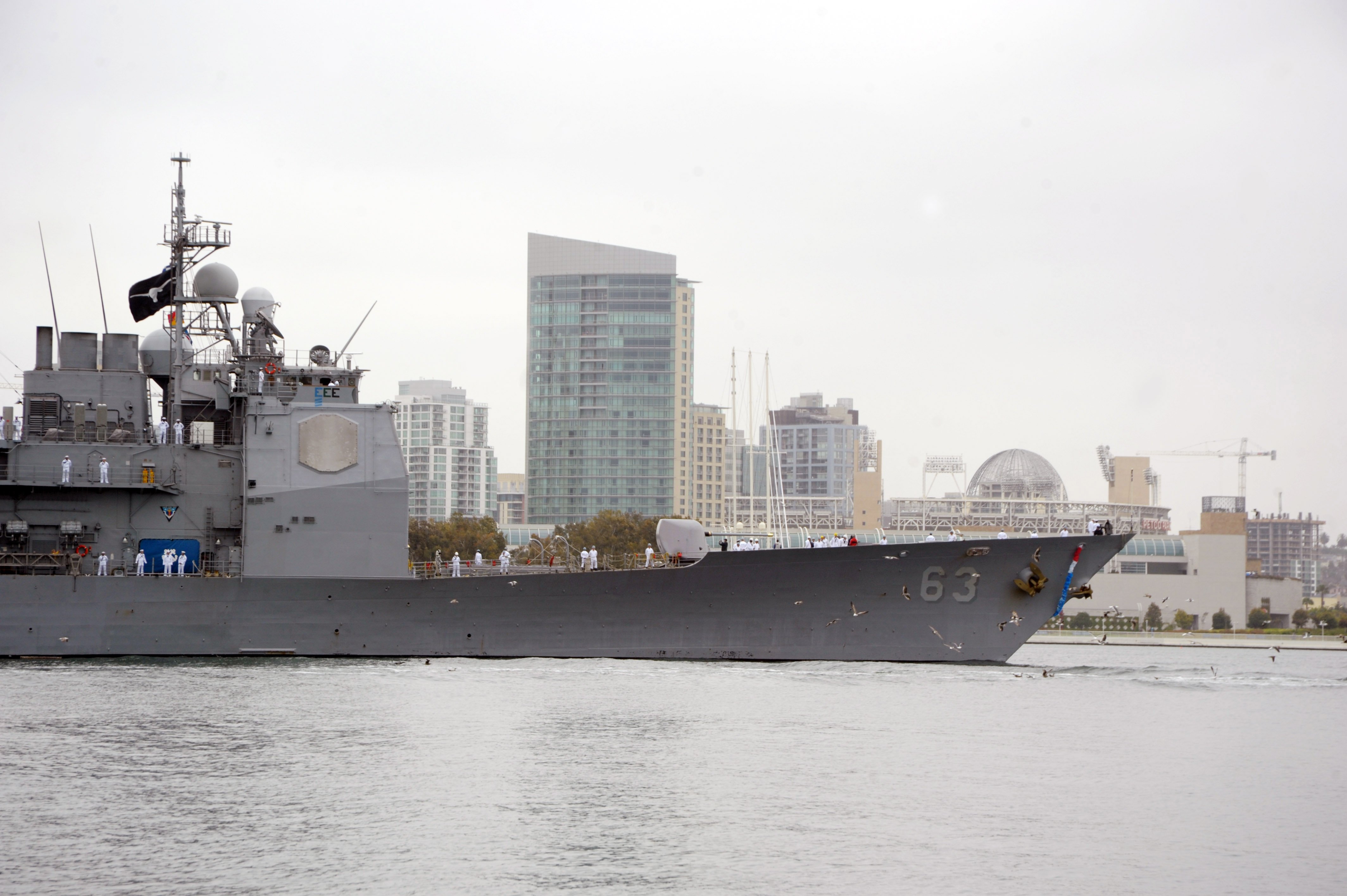 USS Cowpens (CG 63) returns to San Diego following a deployment to the western Pacific in 2014. US Navy Photo

The first in a planned series of contentious modernizations to the Navy’s guide missile cruiser fleet formally began in a Friday ceremony in San Diego, Calif.

The ceremony inducted USS Cowpens (CG-63) into the CG Phased Modernization Program — a plan that the Navy says well extend the service life of the fleet of 22 cruisers to preserve capabilities for Navy carrier strike groups into the 2040s.

The Navy plans to have a similar ceremony for USS Gettysburg (CG-64) later this week.

While the ceremony transferring control of the ship from Naval Surface Forces command to Naval Sea Systems Command occurred on the Sept. 25, the work to modernize Cowpens  and Gettysburg has been progressing for months.

“The ships would be minimally manned while in that reduced status and, as the other 11 active cruisers reach the end of their service life, cruisers in lay-up would be modernized and returned to operational status,” read a 2014 description of the program from the Congressional Budget Office.
“Using that approach, the Navy would be able to maintain at least 11 operationally active cruisers (1 for each of the Navy’s planned 11 carrier strike groups) through 2034, with the last cruiser retiring in 2044.”

The Navy and Congress have been at odds over the modernization program with some on the House Armed Services Committee suspicious the program was a decommissioning by another name.

Instead of approving the Navy’s original plan to immediately sideline half of the cruiser fleet, Congress instead offered alternatives that put limits on how many ships could be in reduced use as part of the modernization.

As part of the FY 2015 budget law, Congress allowed the Navy to move ahead with a plan that would put two cruisers into modernization a year, with work lasting no longer than four years and with no more than six ships in a work availability at a time – the 2/4/6 plan.

As part of the FY 2016 budget deliberations, Rep. Randy Forbes (R-Va.) put forward a plan to acceleration period in half, as part of a 2/2/6 plan.

However, the future of the cruiser modernization program is far from certain as Defense Department’s budget is currently still under deliberation between the Senate and the House in conference committee.