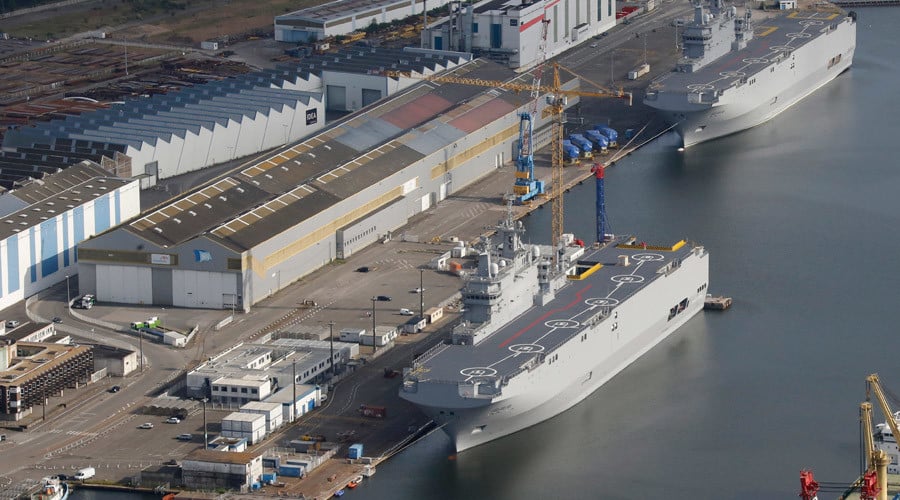 The French government is planning to sell two Mistral-class amphibious warships — built for Russia — to Egypt, according to a Wednesday morning statement from Élysée Palace.

The brief statement said French president François Hollande and Eypgtian president Abdel Fattah Sisi had reached an accord on the sale of the two 21,000-ton amphibs to Egypt.

“President of the Republic spoke with President Sisi. They agreed on the principle and terms of the purchase of two Mistral-class projection and command ships by Egypt,” read a translation of the statement.

French officials did neither disclose the sales price of the ships to Egypt nor reveal timelines.

The potential sale to Egypt ends more than a year of angst over the disposition of the two Mistrals after Hollande elected not to deliver to Russia over Kremlin support for separatists in the ongoing civil war in Ukraine in September of 2014.

Russia agreed to the terms of the cancelation in August with France paying Russia $1.3 billion in refunds and cancelation fees for the ships Vladivostok and Sevastopol.

One source told the Russian state-controlled wire RIA Novosti, that a Moscow would likely not object to a sale of the Mistrals to Egypt.

“Egypt is a friendly state for Russia, so if Paris and Cairo did reach an agreement on the acquisition of these ships, Moscow is unlikely to voice any opposition to this agreement,” the source told RIA Novosti.

The 21,000-ton ships can field 20 helicopters and has a well deck to deploy landing craft. The ship can carry up to 450 troops for extended journeys and 900 for short trips and were built for Arctic operations.