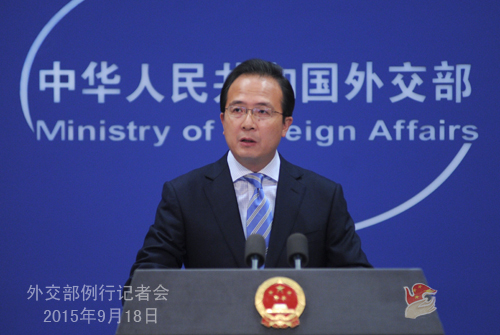 PENTAGON — Chinese officials again affirmed territorial sovereignty for a series of newly created artificial islands in the South China Sea and warned the U.S. against taking “risky and provocative action” by attempting to come within 12 nautical miles of the islands, according to a Friday press statement from Beijing.

Chinese Ministry of Foreign Affairs spokesman Hong Lei was responding to comments made by U.S. Pacific Command commander Adm. Harry Harris — who told the Senate Armed Services Committee on Thursday — that PACOM had presented the White House and Pentagon leaders the option to conduct a freedom of navigation exercises off of the disputed territory.

“Sir, I agree that the South China Sea is no more China’s than the Gulf of Mexico is Mexico’s,” Harris said in response to a question from SASC chair Sen. John McCain (R-Ariz.) during the Thursday hearing.
“I think that we must exercise our freedom of navigation throughout the region, and part of my responsibilities as the Pacific Command commander is to give options to the president and to the [Secretary of Defense], and those options are being considered, and we’ll execute as directed by the president and the secretary.”

In response to the comments, during a regular press briefing with the Chinese ministry spokesman Hong Lei, rebuked Harris’ comments and warned the U.S. against conducting the missions.

Hong and Harris’ comments come just days ahead of a visit to the U.S. from Chinese President Xi Jinping and two weeks after China conducted its own freedom of navigation of the Aleutian Islands in Alaska. 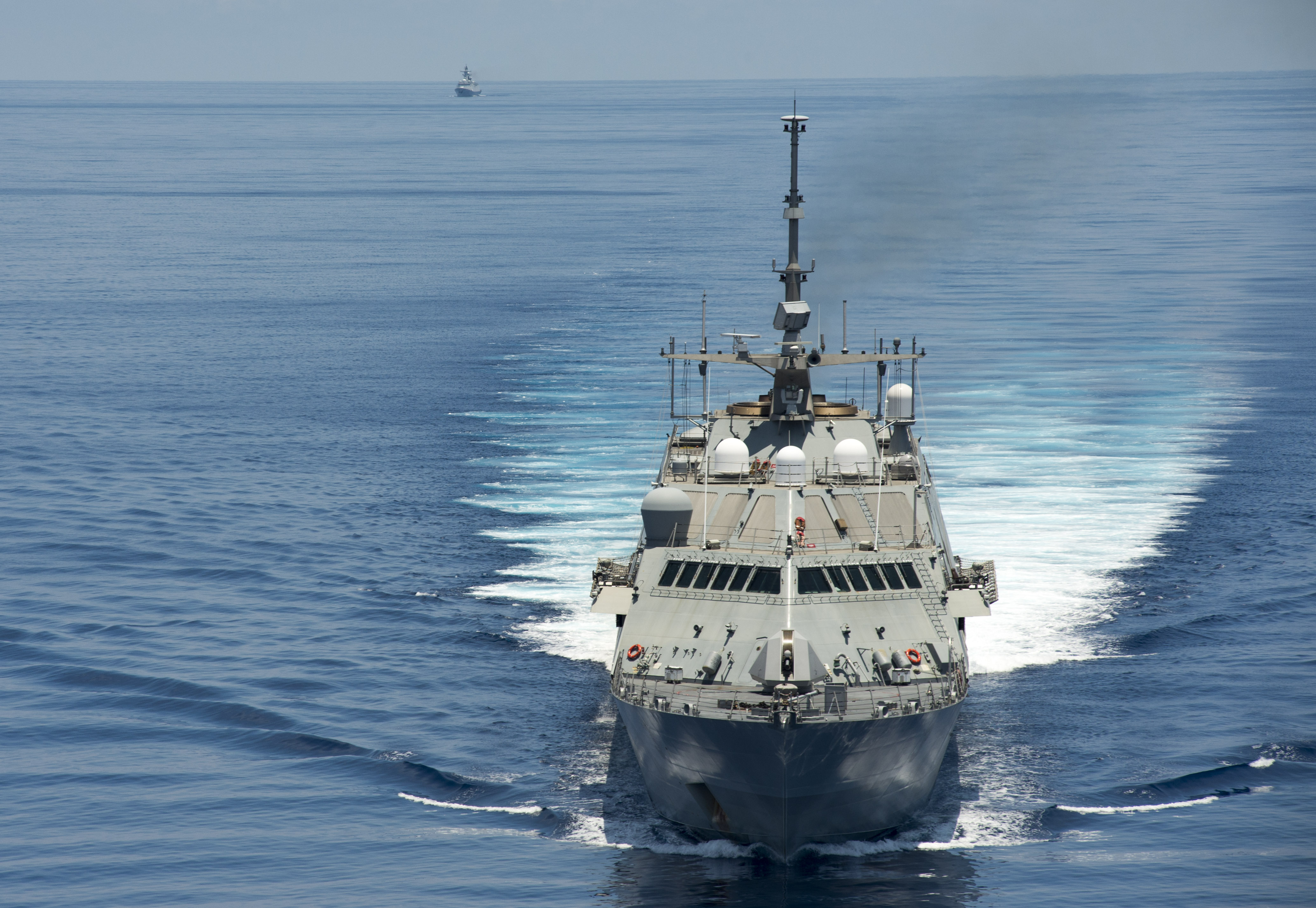 USS Fort Worth (LCS 3) conducts patrols in international waters of the South China Sea near the Spratly Islands as the People’s Liberation Army-Navy [PLA(N)] guided-missile frigate Yancheng (FFG 546) transits close behind on May 11, 2015. US Navy Photo

USNI News understands Washington is still considering sending forces within the 12 nautical mile boundary of the artificial islands on a freedom of navigation mission ahead of, or during, the Xi visit, but a final decision has yet to be made.

A tricky part of the mission is what a U.S. ship would do in what China considers to be its territorial waters.

Under the United Nations Law of the Sea Convention — which the U.S. Senate has not ratified but the Navy ascribes to — a warship can legally pass within the 12 nautical mile boundary but not conduct any military operations, like radiating its sensors or firing its weapons, in a transit known legally as “innocent passage.”

However, if the U.S. — which does not recognize China’s territorial claims of the artificial islands — conducts a pass within 12 nautical miles of the feature under the innocent passage rules it could tacitly be perceived as a recognition of the territory as sovereign Chinese holdings.

If it passes within 12 nautical miles of the feature and conducts military operations it would be perceived by China as likely provocative.

According to U.S. officials, the last freedom of navigation operation that came within 12 nautical miles of the artificial islands was in 2013.

The following is the Sept. 18, 2015 release from the Chinese Ministry of Foreign Affairs.

Q: The commander of US forces in the Pacific said yesterday that the US should challenge China’s claims in the South China Sea by sending military patrolling vessels close to the artificial islands that China is building in the South China Sea. Does China view this as a provocative action?

A: We are seriously concerned about the relevant remarks. China has sovereignty over the Nansha Islands and the adjacent waters, and this claim is fully backed by historical and jurisprudential evidence. China, like the US, champions navigation freedom in the South China Sea, but opposes any country’s attempt to challenge China’s territorial sovereignty and security under the pretext of safeguarding navigation freedom. China urges [the] relevant party to exercise caution in its words and deeds, respect China’s territorial sovereignty and security interests, and refrain from taking any provocative and risky action.