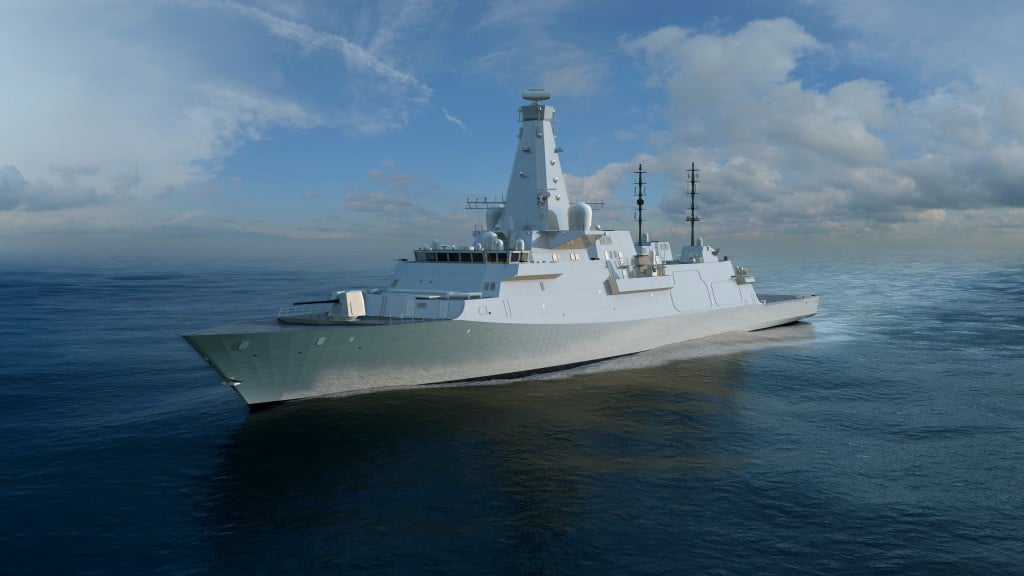 The Royal Navy revealed more information about the design and capabilities of its new Global Combat Ship Type 26 frigate at the Defence and Security Equipment International exhibition in London.

The new design, which is much larger than the legacy Duke Type 23 class it replaces, would add significant anti-submarine warfare capabilities and features an “acoustically quiet design [that] prevents detection,” according to a video the Royal Navy released. It would also feature air defense systems and flexible open spaces to support a range of operations.

At DSEI, First Sea Lord, Adm. George Zambellas, said the Type 26 ship would form “the backbone of the Royal Navy, with a design that has the potential to meet the operational needs of a number of major navies around the world,” according to a NavalToday.com article. The first Type 26 ships would enter service in the early 2020s, and the Royal Navy expects to buy 13 of them – five basic frigates, and eight with additional anti-submarine warfare equipment onboard. 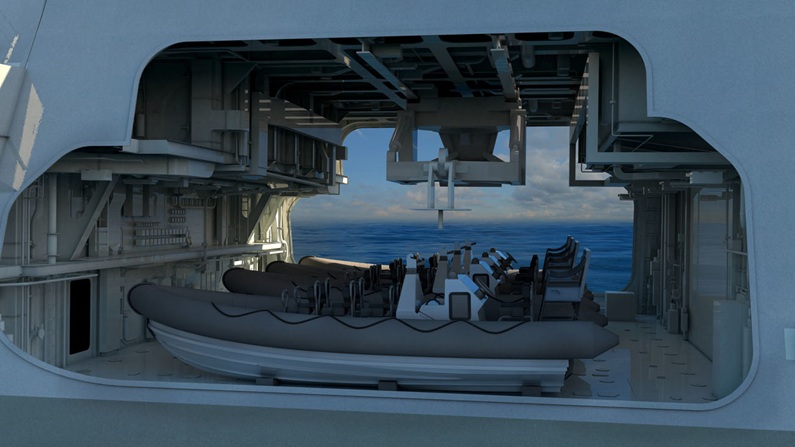 The new video also touts the ship’s aviation capabilities, with a hangar capable of supporting the U.K.’s Merlins and the new Wildcat helicopters, and a flight deck able to field up to a CH-47 Chinook heavy lift helicopter.

The video also features a range of open spaces – a mission bay, capability to store and launch rigid inflatable boats, container stores for humanitarian assistance and disaster relief missions, and the flexibility to support future unmanned vehicles in all domains.

The U.K. Ministry of Defence (MoD) awarded a $1.32 billion (£859 million) contract to BAE Systems in February to develop the frigate. Construction and procurement of long lead time materials would begin next year.