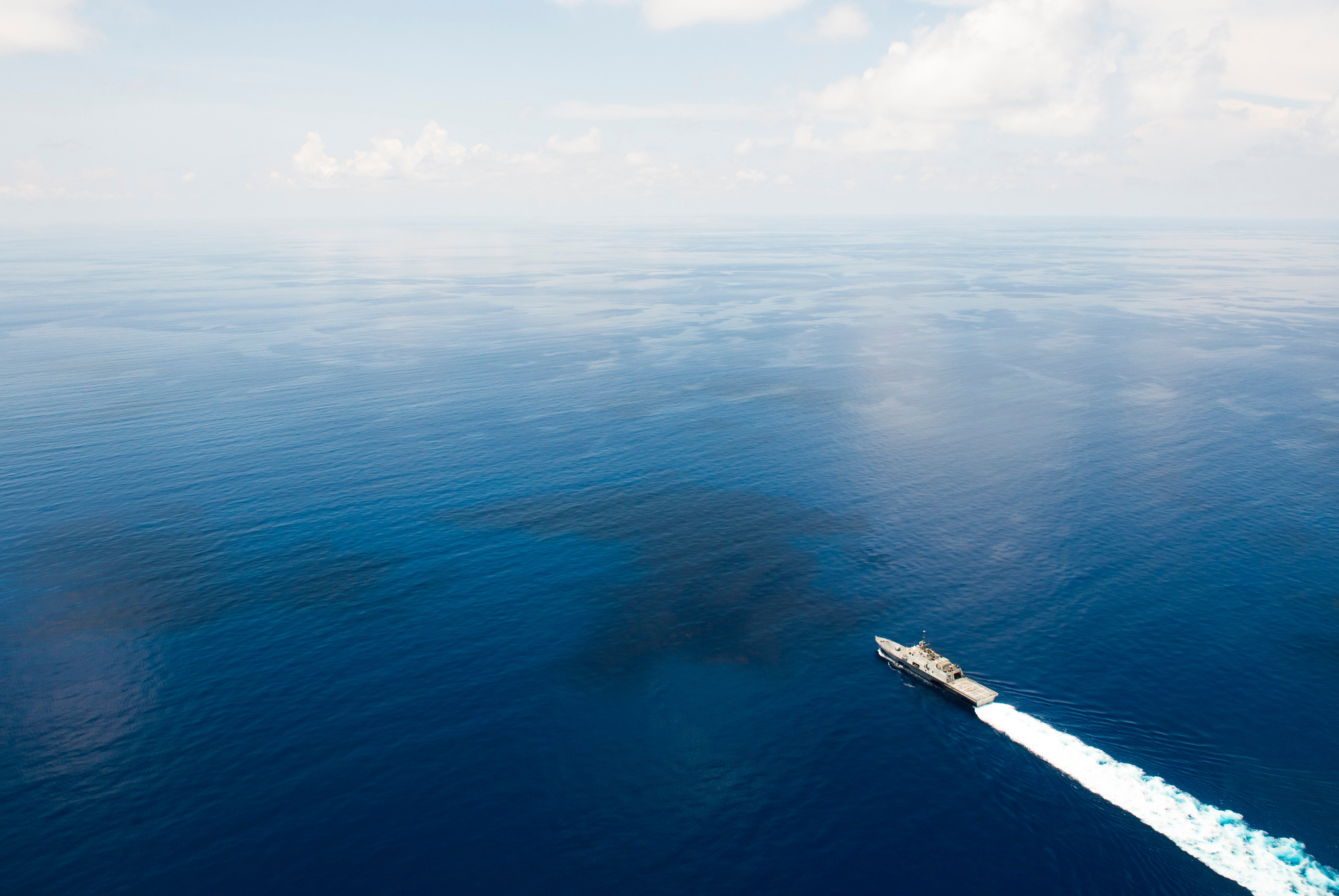 USS Fort Worth (LCS-3) conducts patrols in international waters of the South China Sea near the Spratly Islands on May 11, 2015. US Navy Photo

The Obama administration is considering conducting more freedom of navigation missions in the South China Sea as a partial counter to China’s rapid artificial island expansion in the region, the Assistant Secretary of Defense for Asian and Pacific Security Affairs told a Senate panel on Thursday.

Within the last year, China has rapidly expanded small outcrops in the Spratly and Paracel islands and built facilities that could easily be militarized and shift the balance of power in the region.

“Preventing the Chinese from further militarizing those features a range of options — including freedom of navigation exercises — and we’re considering those options now,” David Shear told the Senate Armed Services Committee (SASC).
“The Chinese have not yet placed advanced weaponry on those features and we’re going to do everything we can to ensure that they don’t. This is going to be a long term effort, there are no silver bullets in this effort but we are certainly complicating Chinese calculations already.”

SASC Chairman Sen. John McCain (R-Ariz.) asked Shear and Harris if the U.S. — which doesn’t recognize Chinese sovereignty of the reclaimed islands — had come within the 12 nautical miles of the new installations.

Under the U.N. Law of the Sea Convention — which the U.S. has not ratified but follows — a country’s territorial waters begin at 12 nautical miles away from shore.

“If you respect the 12 [nautical] mile limit then it’s a de facto sovereignty, agreed to by the Chinese,” he said.

Shear told the panel the last time a U.S. warship passed within 12 nautical miles of a Chinese claimed artificial island was in 2013 and that it was up to the White House to authorize additional passes.

Shear and Harris did express concern over what the new installations could mean for the region.

“If you look at all of these facilities — and you could imagine a network of missiles sites, runways for their fifth generation fighters and surveillance sites and all that — it creates a mechanism in which China would have de facto control over the South China Sea in any scenario short of war,” Harris said.
“These are obviously easy targets in war, it’s what we call in the military, “grapes” if you will, but short of that, the militarization of these features pose a threat against all other countries in the region.”

Alaska Republican Sen. Dan Sullivan asked Harris and Shear if the early September incident has been timed to coincide with President Obama’s visit to the state.

“I think it was coincidental but I don’t know that for fact,” Harris said.
“I’m not going into intelligence matters at all — they were having an exercise with the Russians and that exercise was long planned and they then decided to go into the Bering Sea, they were near there anyway and then they turned south and headed home.”