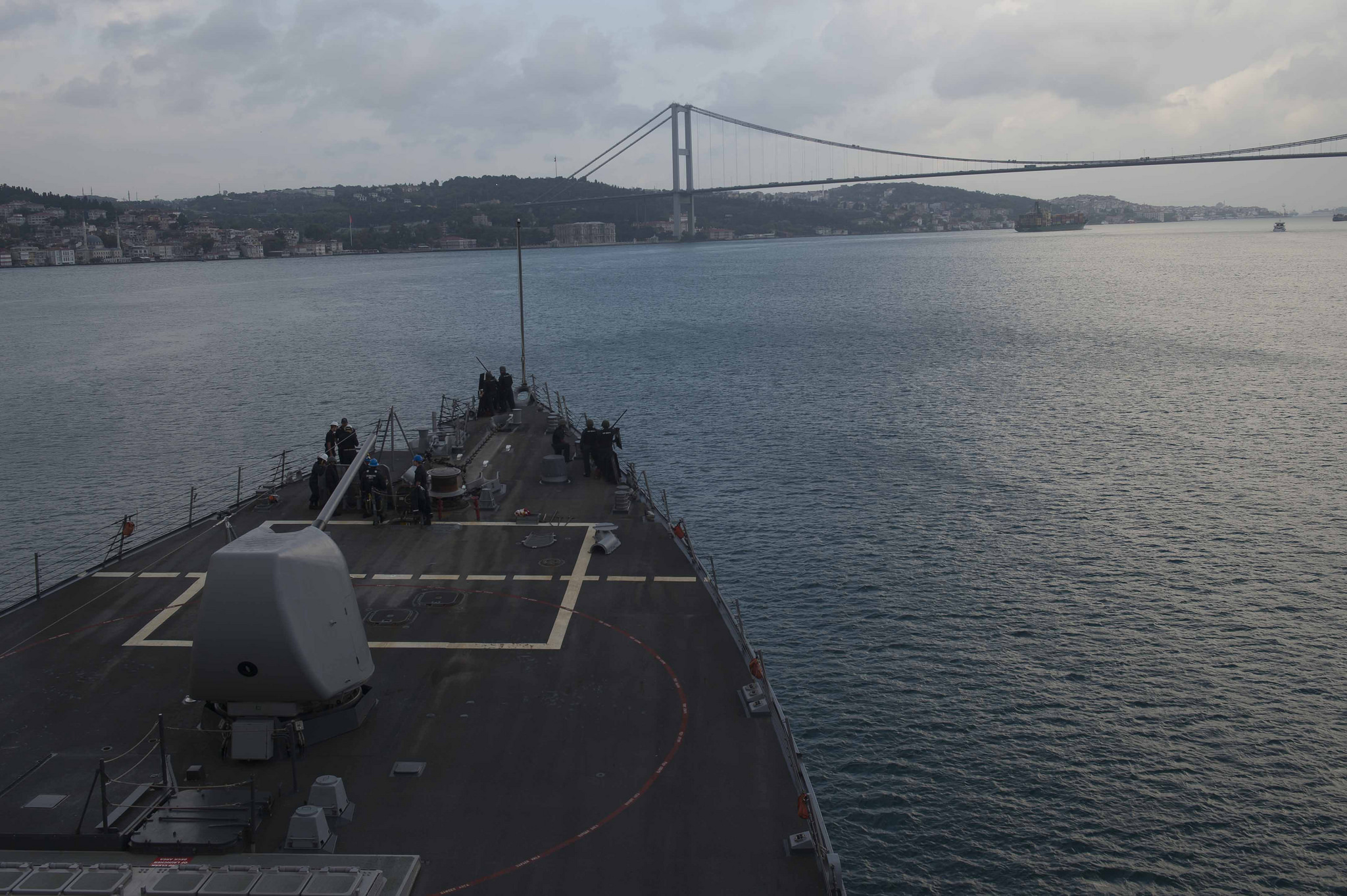 A joint series of exercises between Ukraine and the U.S. has ended and guided missile destroyer USS Donald Cook (DDG-75) has left the Black Sea, U.S. 6th Fleet announced on Monday.

Cook, which left the Black Sea on Sunday, was the largest American contribution to the Sea Breeze 2015 exercise off the coast of Ukraine. The focus of Sea Breeze 2015 was operations between U.S. and Ukrain,e however the drills also included included participants from Bulgaria, Germany, Greece, Italy, Moldova, Romania, Sweden, Turkey and the U.K.

Sea Breeze 2015 is the second iteration of the exercise since Russia seized the Crimean peninsula from Ukraine in March 2014.

Since then the U.S. and NATO have stepped up their presence in the Black Sea region — in part with a newly deployed quartet of Arleigh Burke guided missile destroyers originally sent to 6th Fleet as part of the U.S. ballistic missile defense network in Europe.

“Over the past year, we have sustained a presence in the Black Sea, even as we operate consistently in the Mediterranean,” said 6th Fleet commander Vice Adm. James Foggo III in a briefing with reporters at the start of the exercise.
“We are making our presence in the region ‘normal,’ and we are conducting regular and frequent exercises and engagements with navies in the area… We’ve tried to maintain near-continuous presence in the Black Sea because it is an important region.”

Foggo said when Cook entered the Black Sea, a Russian Navy frigate was waiting at the end of the Bosphorus Strait to greet the ship and “the skipper by name,” Foggo said.

State controlled media and members of the Russian Duma have been critical of ongoing exercises close to Russia’s borders and territorial holdings.
“These multinational exercises should be viewed as direct participation by the U.S. and NATO in ramping up the strategic and combat preparedness of the Ukrainian armed forces,” Franz Klintsevich, a member of the State Duma’s Defense Committee, told state controlled RIA Novosti earlier this month.
“The negative impact this will have on the ongoing armed conflict in Donbass is tantamount to sending lethal weapons to Kiev.”