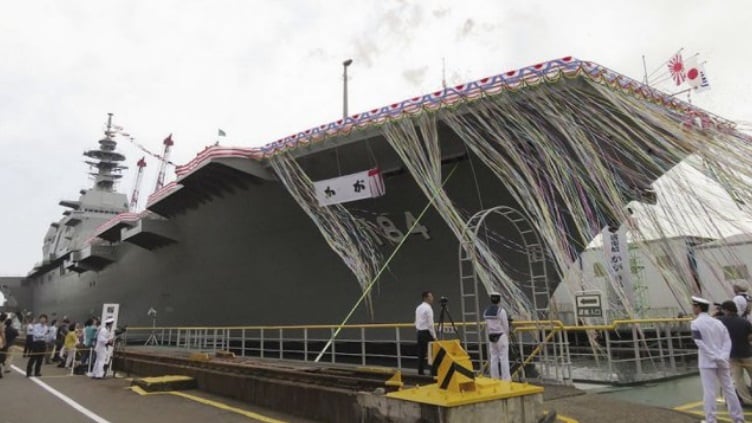 Japan has launched the second in its new class of helicopter carrier — the largest Japanese ships since World War II — in a Thursday ceremony in Yokohama.

The 24,000-ton Kaga (DDH-184) — built by ship builder Japan Marine United — bears the same name as the World War II Imperial Japanese Navy carrier Kaga that was part of Pearl Harbor attack and was sunk in the Battle Midway.

The ship follows JS Izumo (DDH-183) which entered service in the Japanese Maritime Self Defense Force (JMSDF) in March.

The Japanese have said the primary roles of the two ships are anti-submarine warfare (ASW) and humanitarian aid and disaster relief (HADR) operations.

The ships “heightens our ability to deal with Chinese submarines that have become more difficult to detect,” a JMSDF officer told Asahi Shimbum in March.

There is a potential for the two ships to work with American MV-22s and potentially the short takeoff and vertical landing variant of the Lockheed Martin F-35 Lighting II Joint Strike Fighter (JSF). However, the Japanese say they have no plans to operate the JSF from either ship.