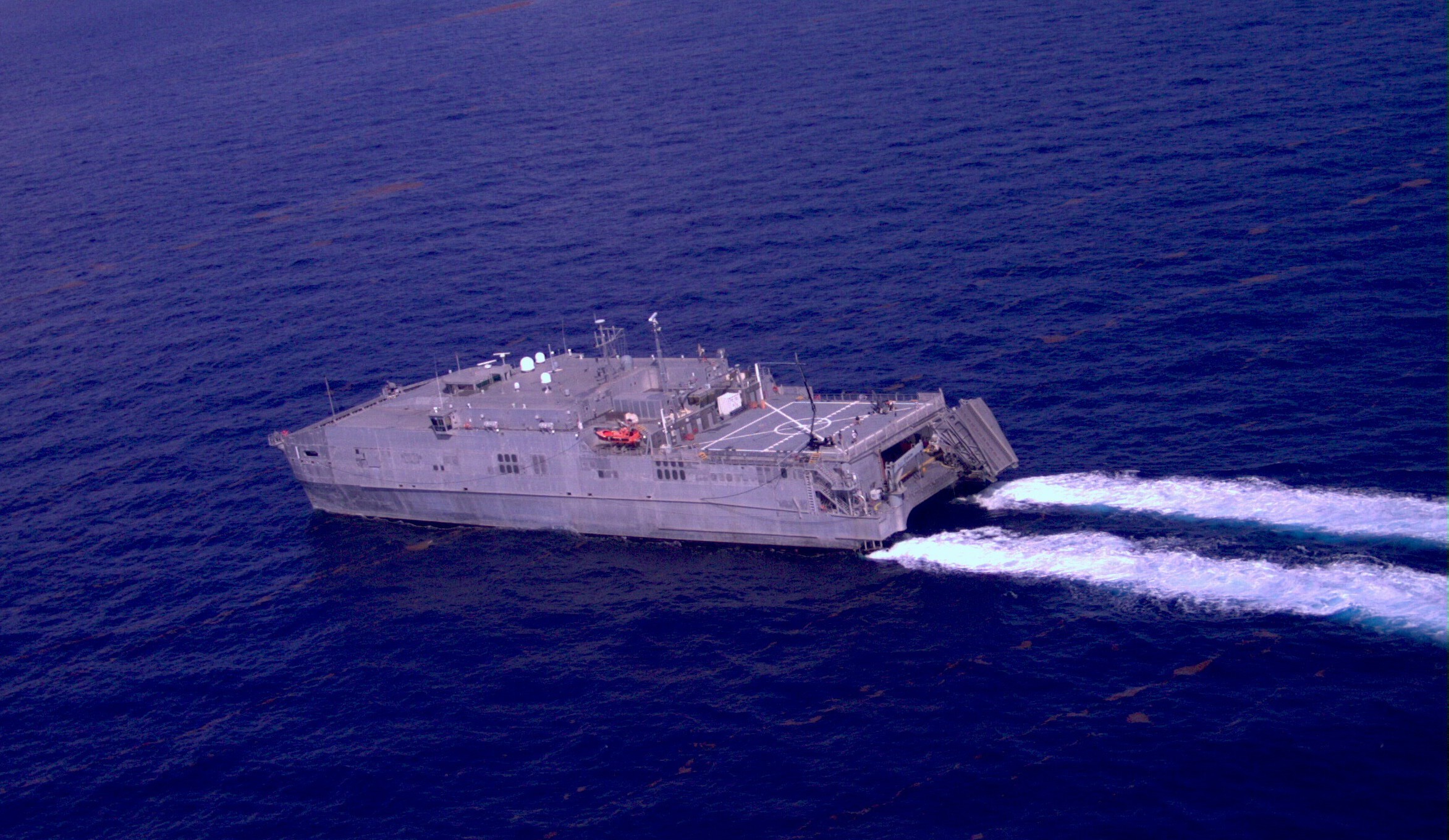 As the Navy tries to figure out what to do with its growing fleet of Joint High Speed Vessels, a recent experiment showed the platform could serve as a staging base for unmanned aerial vehicles.

Lt. Mark Bote, the experiment lead for the Joint High Speed Vessel 2015 Fleet Experimentation (FLEX) – conducted in conjunction with the Southern Partnership Station series of events – said the idea of the dual-UAV operations was to determine how Puma and Scan Eagle “could fit into potential adaptive force packages in the future and how to use the JHSV in a more diverse way.”

The Navy knows the JHSV – with its large mission bay, high speed and flight deck – could be used for more than its intended mission of intratheater lift. The Navy is now running experiments like this one to study which ideas for adaptive force packages would optimize the platform’s capabilities and combatant commanders’ needs.

As a whole, Bote said the 2015 FLEX agenda focused on several mission areas, including expeditionary mine countermeasures, JHSV as an afloat forward staging base, expanding JHSV’s maritime command and control, and JHSV as a counter-trafficking platform. The Spearhead experiment with Puma and Scan Eagle helped inform both the AFSB and counter-trafficking portions.

For 4th Fleet, finding new ways to conduct counter-trafficking missions is important: the Oliver Hazard Perry-class frigates are all gone from the fleet, and the new Littoral Combat Ships have so far only deployed to the Asia-Pacific region. Deployments to other regions will not begin until the LCS class has more operationally available ships and crews.

Still, Rear Adm. George Ballance, commander of U.S. Naval Forces Southern Command and U.S. 4th Fleet, told USNI News in an email that the demand for presence has not slowed.

“The U.S. Navy continues to provide surface, submarine and air forces to the U.S. Southern Command area of responsibility to support the multi-national, multi-agency counter illicit trafficking mission and other USSOUTHCOM missions. With these forces, we continue to support military to military exchanges, international exercises like UNITAS and PANAMAX, and deployments like Continuing Promise, Southern Partnership Station and Southern Seas which allow our U.S. military teams to work alongside our Caribbean, Central and South American partner nation militaries to build relationships and capabilities.”

To meet those requirements, he encourages creativity.

“The U.S. Navy continues to look at innovative ways to support our missions around the world. Through partnering with NWDC, we at Naval Forces Southern Command [and] 4th Fleet have tested several new ways to accomplish the Navy’s missions, whether it be with the Aerostat, the Puma, or through new means to refuel our patrol craft sized ships at sea. We are providing an operating area in which to test innovative ideas that can be applied around the globe,” he said. 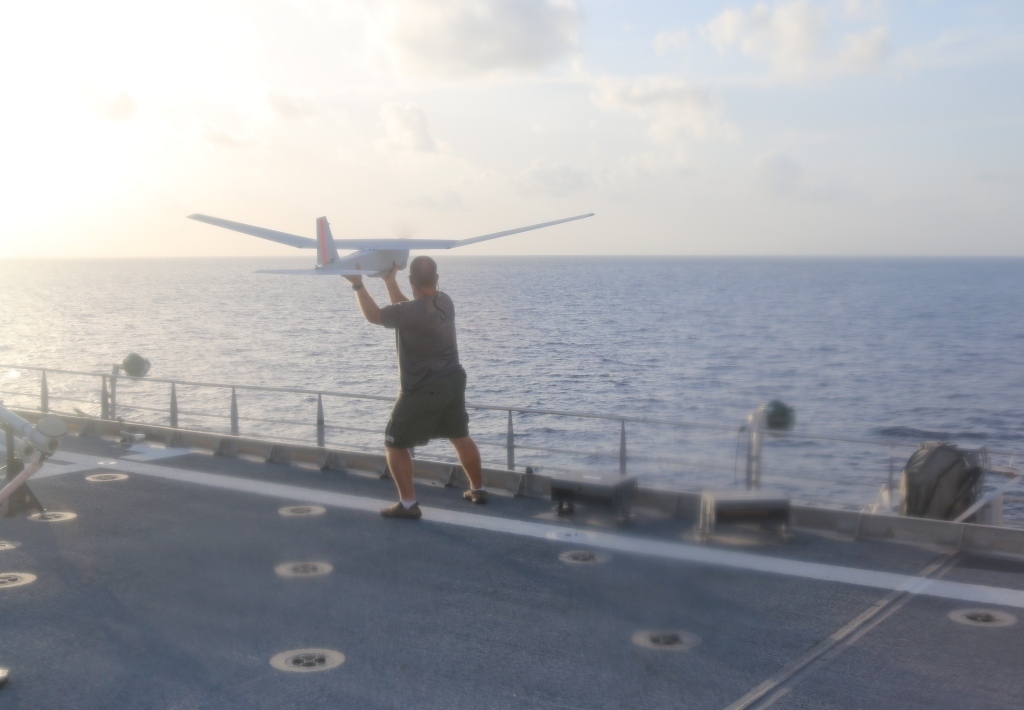 Though NWDC is still analyzing data from the experiment, early indications show the Scan Eagle and Puma – a Group 2 and Group 1 unmanned aerial system, respectively – operated well from the JHSV.

“What we were looking for these UAVs to do is to help do especially the monitoring portion of that [counter-trafficking] mission set, to help with ISR (intelligence, surveillance and reconnaissance), to find and detect and then monitor the boats that are around the area,” Bote said, adding that the UAVs were designed for that type of mission but have typically been used over land, not sea.

“There are challenges associated with bringing any new technologies on a Navy ship, especially a new Navy ship such as a JHSV,” he added, but said that all the air vehicles and their control equipment fit nicely onto the JHSV flight deck and mission bay, with plenty of room for personnel to operate and maintain the systems during the two at-sea tests. Bote said the experiment, which included day and night operations, showed the JHSV was “very versatile” and “gave us a lot of leeway on how we designed where we put things and how we were launching and recovering UAVs.”

Engineers will now study whether the two UAVs performed to their full potential from the JHSV, compared to their performance on larger platforms like destroyers and amphibious ships. That data and other lessons learned will be forwarded to Military Sealift Command, U.S. Fleet Forces and 4th Fleet to inform future experiments and the potential creation of a UAV-based adaptive force package for JHSVs.