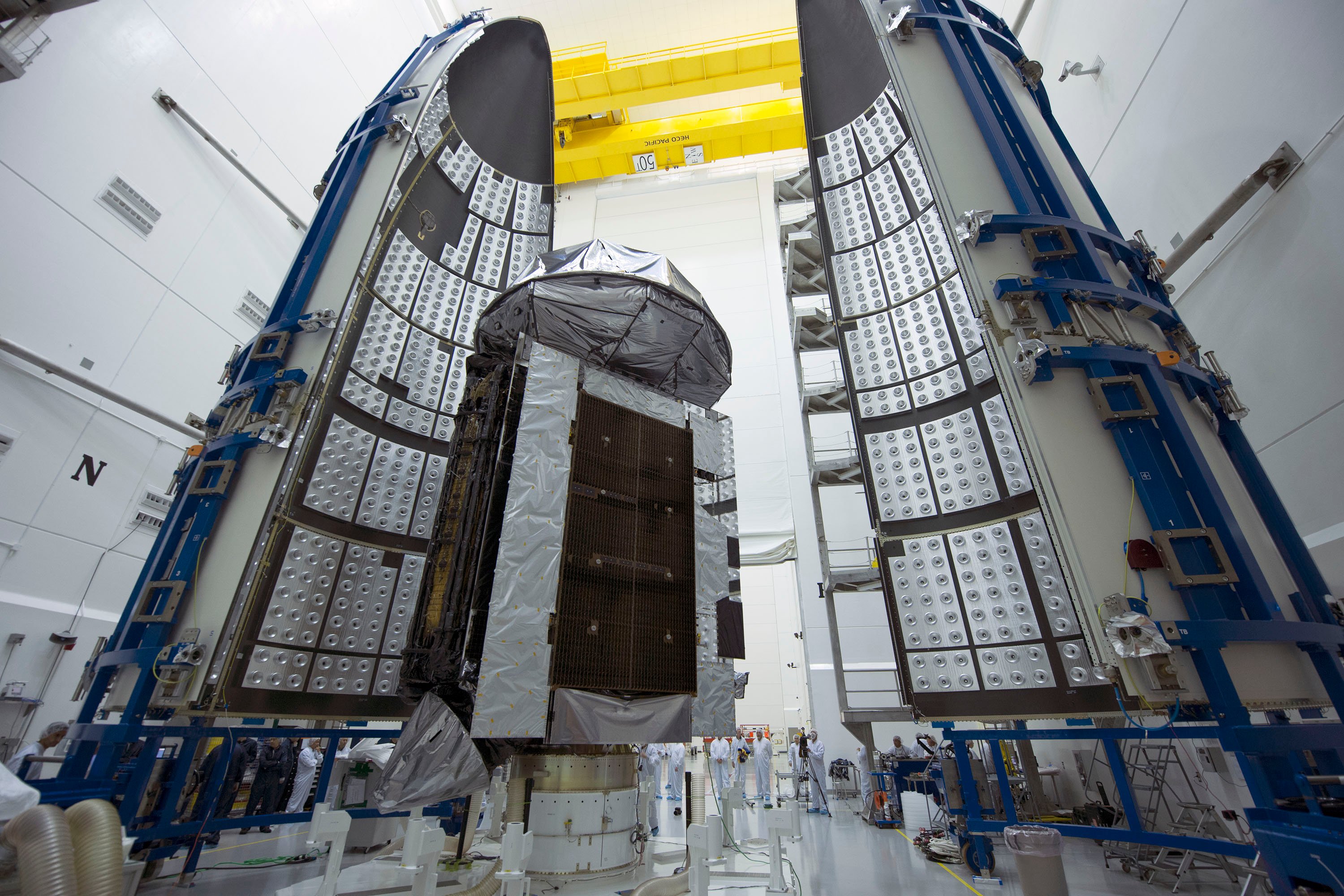 The Navy’s fourth satellite of its planned next generation communication constellation is being ready for a planned launch later this month, contractor Lockheed Martin said on Thursday.

The fourth Mobile User Objective System (MUOS) satellite is set to launch on Aug 31. as part of the $7.8 billion, five satellite network from Cape Canaveral, Fla.

“Delivery of this fourth satellite for the U.S. Navy completes the initial MUOS constellation and provides near-global coverage for the network,” said Iris Bombelyn, vice president of Narrowband Communications at Lockheed Martin, in a press release.
“For our mobile forces, that means for the first time they will be able to have secure, high-fidelity voice conversations, networked team calls and data exchange, including video, with anyone around the world connected with a MUOS terminal.”

MUOS is the planned constellation 1990s era Ultra High Frequency Follow-On (UFO) constellation. The new satellites promise ten times the transfer rates of the UFO net with speeds of up to 384 kbs.

The five MUOS satellites will plan to be used in conjunction with ground stations Hawaii, Italy, Western Australia and Chesapeake, Va.

In June the service accepted the third satellite into service.