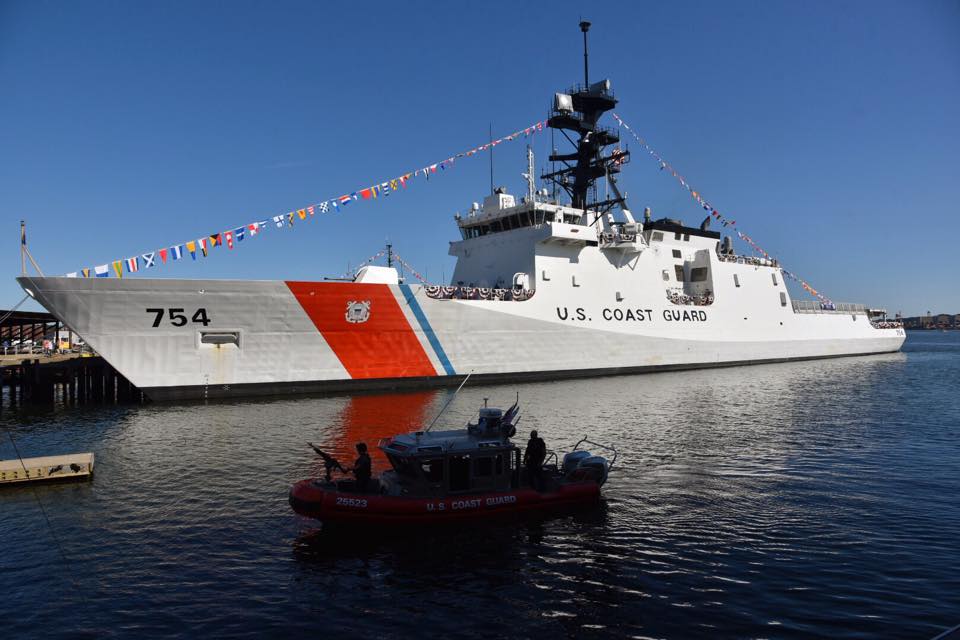 The U.S. Coast Guard commissioned its latest Legend-class National Security Cutter (NSC) in a ceremony at Coast Guard Base Boston on Saturday.

USCGC James (WMSL-754) is the second NSC to join the service’s Atlantic fleet as part of a planned class of eight that will replace the 1960s era Hamilton-class high endurance cutters.

The Huntington Ingalls Industries built cutter is named for Capt. Joshua James of the U. S. Life-Saving Service, a predecessor to the Coast Guard.

“Joshua James began his life-saving career at 15 and saved more than 600 lives,” said service commandant Adm. Paul Zukunft during the ceremony.
“What better namesake for a ship and crew that will serve our Nation with pride for the next half century saving lives, stopping smugglers, maintaining safety and security in the Arctic and wherever national objectives may require.”

The 4,500-ton cutter completed its acceptance trials in the Gulf of Mexico in late April.

NSCs are designed to operate for up to 60 days at sea and can be forward for up to 230 days at a time with rotational crewing. Early deployments of NSC focused on the Arctic.

James will join USCGC Hamilton (WMSL-753) as the second NSC based in Charleston, S.C.