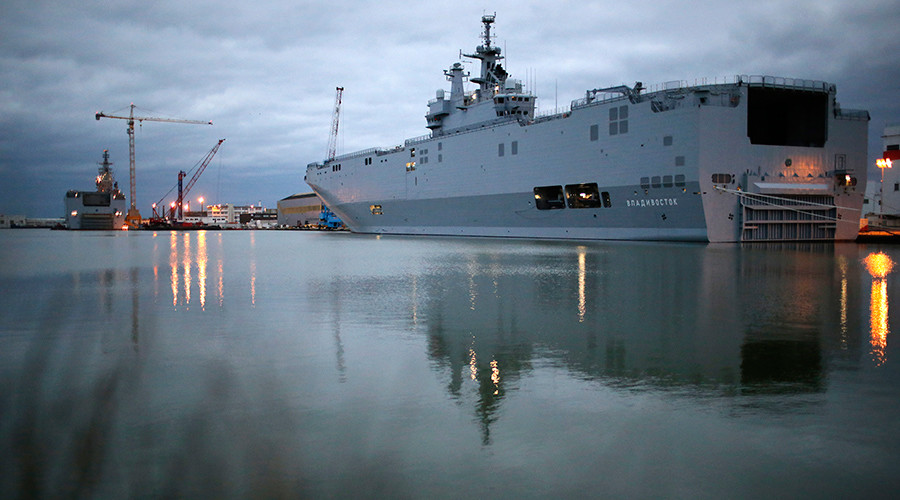 “There will be no difficulty in finding buyers,” he told reporters following a ceremony in Egypt marking the expansion of the Suez Canal.

The comments follow Wednesday’s announcement from Élysée Palace that Russia and France had formalized canceling the delivery of the two 21,000-ton amphibious warships as part of a 2011 deal.

Paris paid Moscow about $1.31 billion to call off the deal.

“France has already transferred these funds and, after the return of equipment, will acquire ownership and be able to take charge of both ships,” read a release from the Kremlin via state-run RT news service.

The deal settles more than a year of back and forth between Paris and Moscow following Hollande’s announcement in September France would suspend the delivery of the ships citing Russian intervention in the ongoing civil conflict in Ukraine.

Now France will seek a buyer for the two ships designed to operate in cold weather climates with reinforced decks for heavier Russian helicopters.

“It’s desirable that we sell them as quickly as possible,” Le Drian told RTL.

France already has three Mistrals and would have difficulty absorbing the ships into its Navy.

Despite Hollande’s assurance, the options for France are limited.

Suggestions for buyers have included Canada, India and as platforms for the emerging NATO multi-national rapid reaction force.