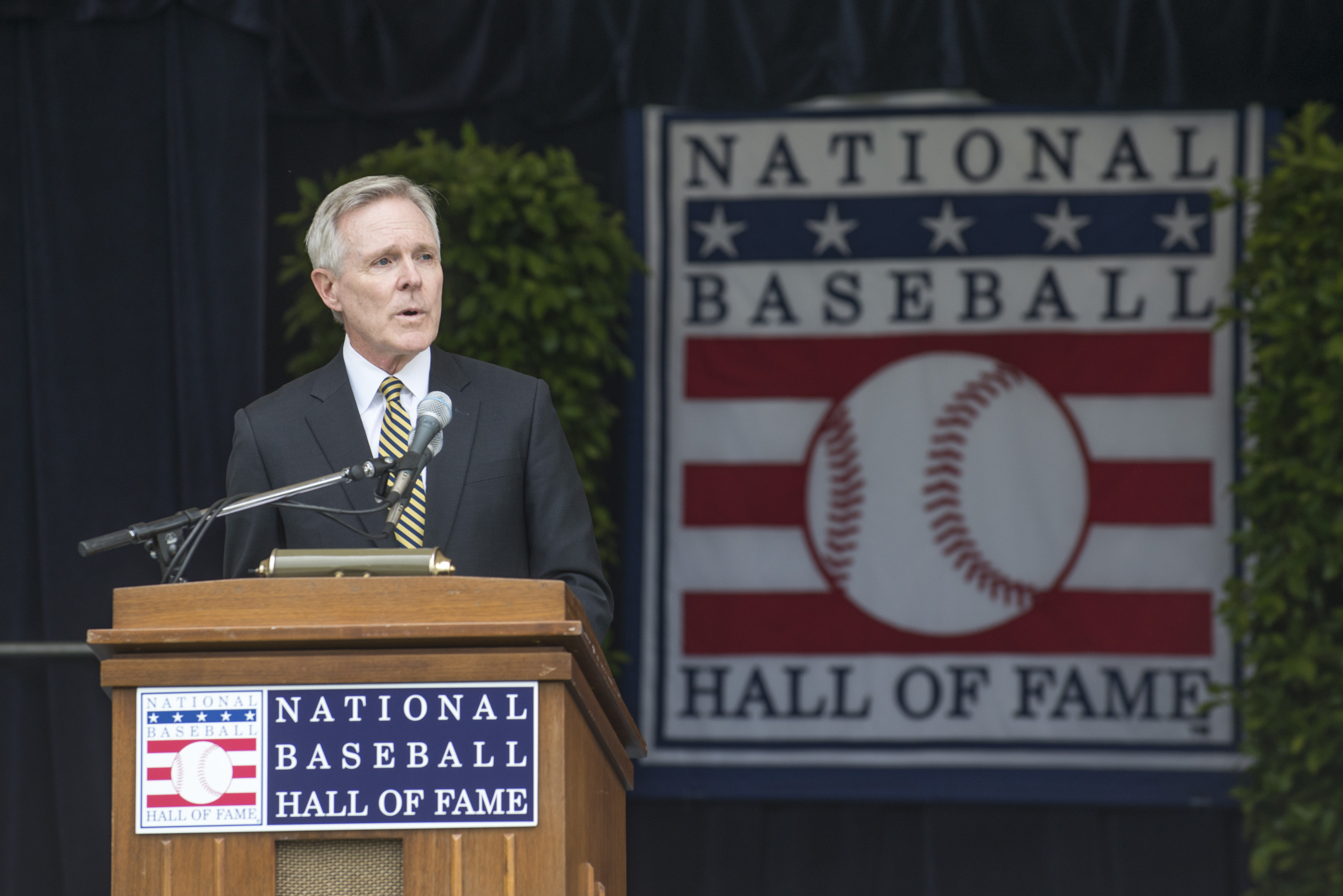 Secretary of the Navy (SECNAV) Ray Mabus delivers remarks during the National Baseball Hall of Fame Induction Weekend. During his speech Mabus announced the name of the future Freedom-class littoral combat ship (LCS-23) as USS Cooperstown. US Navy Photo

The Navy is naming a Freedom-class littoral combat ship (LCS) after the home of the National Baseball Hall of Fame and in honor of the 64 U.S. veterans enshrined in one of the sports most well-known sites, Secretary of the Navy Ray Mabus announced in a Saturday speech.

The future Cooperstown (LCS-23) will be the first U.S. Navy ship named for the New York village with a population of less than 2,000, Mabus said in a speech at the National Baseball Hall of Fame.

Cooperstown is planned to be the Navy’s last Flight 0 Freedom LCS before the Navy moves to its announced modified LCS frigate design.

The name Cooperstown is meant to also recognize the contribution of the veterans from the Navy, Marine Corps, Army, Air Force and Coat Guard who are Hall of Famers, according to a release from the Pentagon.

“[We have] 64 members who served, ranging from the Civil War to the Korean War,” Hall of Fame communications director Craig Muder told USNI News on Monday.
“Of all Hall of Famers, almost 11 percent served in World War II alone… Ted Williams and Bob Feller both served in combat.”

Feller, a pitcher with the Cleveland Indians, served in the Navy for four years as the head of an anti-aircraft gun battery on USS Alabama (BB-60) and called himself “a Navy man at heart” in a 2008 column in Proceedings.

Mabus, a Boston Red Sox fan, is responsible for assigning names to the Navy’s ships.

The speech came a day ahead of the 2015 Hall of Fame induction of Randy Johnson, Pedro Martinez, Craig Biggio and John Smoltz.