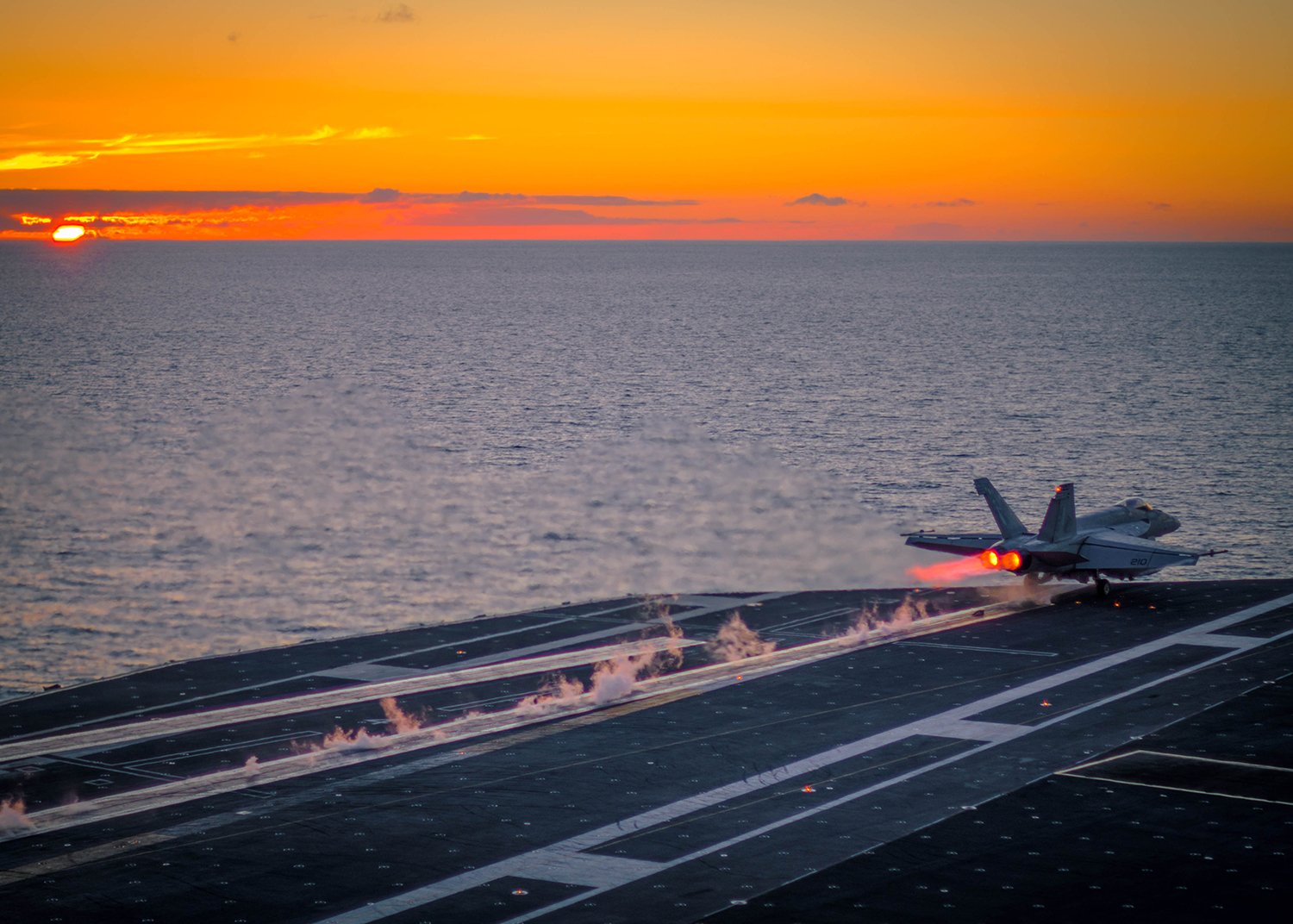 An F/A-18E Super Hornet assigned to the Kestrels of Strike Fighter Squadron (VFA) 137 launches at sunset from the flight deck of the aircraft carrier USS Ronald Reagan (CVN 76) on July 10, 2015. US Navy photo.

The Office of the Secretary of Defense has asked Congress to remove the dozen Boeing F/A-18E/F Super Hornets lawmakers added to the defense authorization bills, hoping that $1.15 billion could pay for other priorities.

In March, the Navy included the 12 fighter jets in its Unfunded Requirements List, which outlines the service’s lingering needs that were not included in the president’s budget request. In the document, the Navy states that “our legacy strike fighters (F/A-18A-D) are reaching end of life faster than planned due to use and wear. Improving the inventory of F/A-18F and F-35C aircraft will help reconcile a near term (2018-2020) strike fighter inventory capacity challenge, and longer term (2020-2035) strike fighter model balance within the carrier air wing. It will reduce our alliance on legacy-model aircraft which are becoming increasingly expensive and less reliable.”

And yet, a July “Department of Defense Conference Appeal” – sent to the House and Senate armed services committees as they go through the conference committee to negotiate a final version of the Fiscal Year 2016 National Defense Authorization Act – asks that Congress reverse its decision to add the 12 jets for the Navy.

“The additional $1,150.0 million added to the Senate authorization for the additional 12 F/A-18E/F aircraft unfunded requirement is not required” according to the document, originally obtained by InsideDefense.com.
“The F/A-18E/F is the premier operational strike fighter aircraft for the Department of the Navy. However, the F-35B is scheduled to be IOC in July 2015, with the F-35C IOC scheduled for August 2018. There is no validated requirement for additional F/A-18E/F. Keeping the F/A- 18E/F production line open is cost prohibitive for the Department. The Department recommends $1,150.0 million be redirected from this congressional enhancement to restore the congressional mark,” according to the document.”

The issue of the production line is a key one. The frames for both the Super Hornet and the F-18G Growler electronic warfare plane are built on the same production line. The Navy has said it has enough Growlers to meet its own jamming requirements, but it is unclear whether the military as a whole has enough to cover all joint engagements. The Navy has previously expressed interest in buying more Growlers to cover the electronic warfare needs of the whole force if additional money were provided to buy the aircraft.

However, that desire has not yet turned into a sales contract. As it stands, the Navy’s Fiscal Year 2015 Growler purchase was the last one for the line; an agreement to slow down the pace of production means Boeing will keep the line open until the end of 2017. After that, production for Growlers and Super Hornets would stop and the workforce would disperse, making a future restart of either program challenging, Dan Gillian, Boeing’s F-18 Super Hornet and Growler program manager, told USNI News in March.

Gillian said in March that the company would need to decide by midyear – about now – whether or not to buy long lead materials for future Growlers or Super Hornets. Several countries are considering the Super Hornet, including Denmark and an unnamed country in the Middle East in the short term and Canada and Belgium farther down the road. If Congress goes through with the plan to buy additional Super Hornets, that would help keep the line open for future international sales or for a later decision to buy more Growlers.