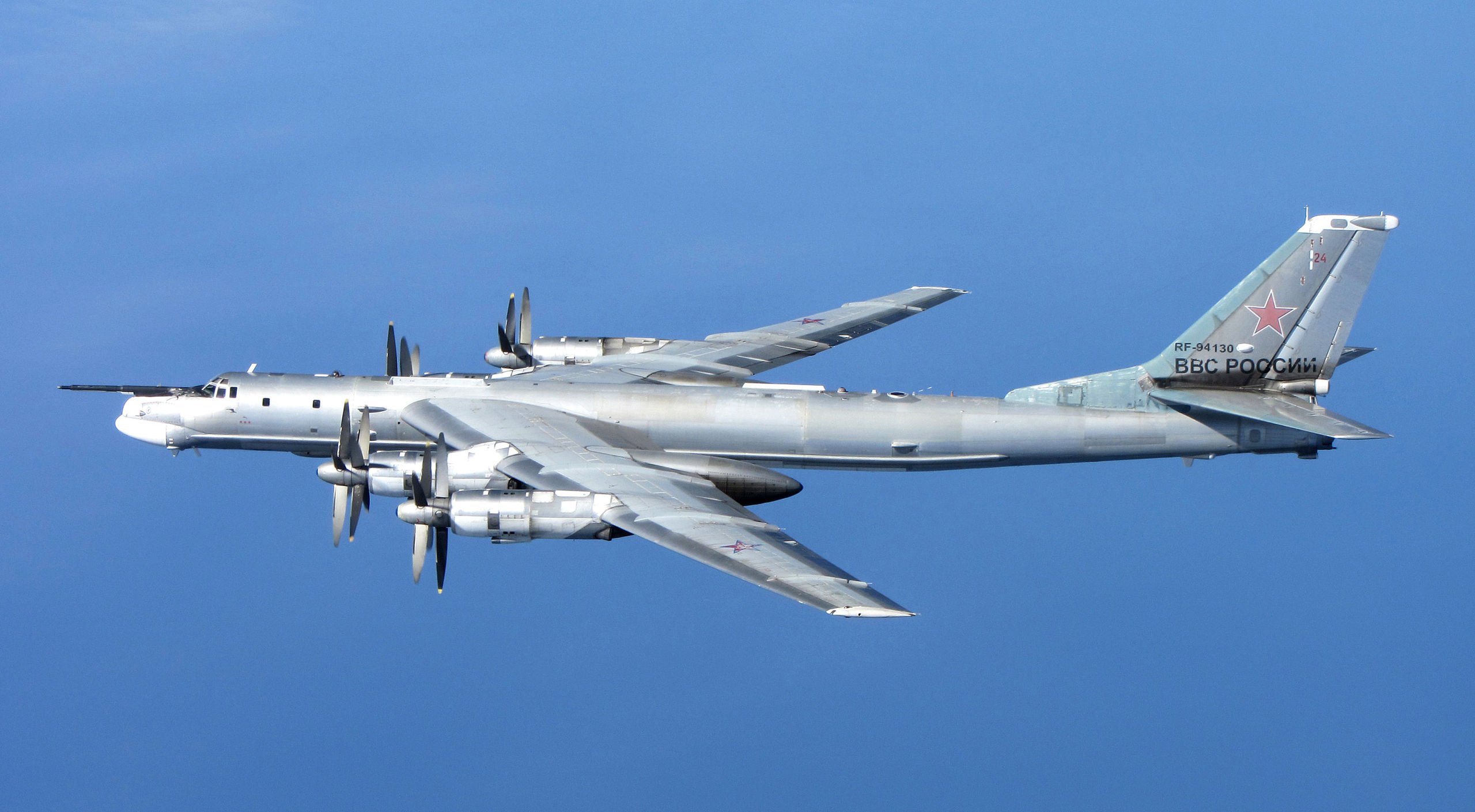 A Russian Air Force strategic bomber has crashed outside the city of Khabarovsk, near the Chinese border, according to a Tuesday statement from the Russian Ministry of Defense via local media.

The Tupolev Tu-95MS Bear bomber went down during a training flight about 50 miles away from the headquarters of the Russian Eastern Military District, according to the statement provided to the TASS wire service..

“On July 14 at 9:50 A.M. Moscow time [2:50 EST] the Tu-95MS aircraft crashed while performing a scheduled training flight some 80 kilometers from Khabarovsk. The crew ejected,” the ministry said.
“According to preliminary information, after a report by the crew’s commander about an emergency situation, the flight control head ordered the crew to leave the plane by parachutes. The search and rescue groups are looking for the plane’s crewmembers.”

According to TASS, a search mission is underway composed of Antonov An-12 and two Mil Mi-8 helicopters to locate the seven missing crew.

As a assault of the crash, the Russian Air Force has grounded the Tu-95MS. Early reports suggest a technical problem resulted in engine failure of the Bear.

The crash is the latest in a spate of Russian Air Force crashes. A Tu-95 Bear suffered a burning engine on June 8

“On June 4, two accidents occurred in the Russian Air Force: the MiG-29 fighter jet crashed near the Ashuluk range, and in Voronezh the Su-34 bomber flipped over whilst landing. The pilots in both cases survived,” reported TASS.

“On July 3, the MiG-29 fighter jet fell near Krasnodar, the pilot managed to eject, and on July 6 the SU-24 crashed in the Khabarovsk territory, both pilots died.”

Russian air assets have been operating much more frequently since the seizure of the Crimean region of Ukraine in March 2014.

“Clearly [there’s] a linkage between the increased tempo of military operations undertaken over the last year and a half and the increased spate of accidents for military aircraft,” Paul Schwartz, with the Center for Strategic and International Studies, told Defense News earlier this week.
“It’s clearly taking a turn upwards.”

Variants of the prop driven Tu-95 has been in service with the Russian Air Force since the mid-1950s and have been seen as far afield as Alaska and the U.K. within the last year.