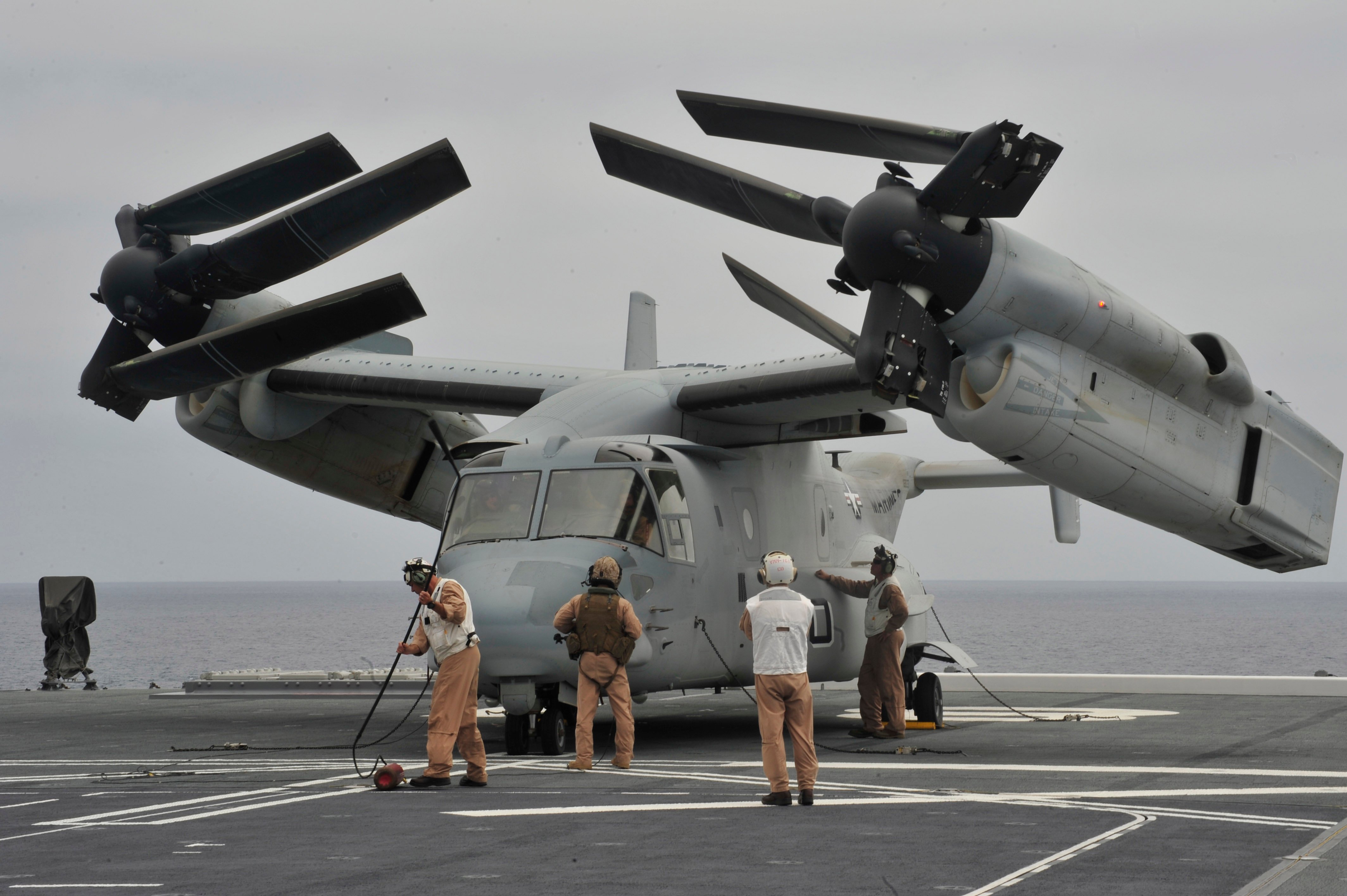 Japan finalized the purchase of the first five of up to 17 MV-22 Ospreys, marking the first international sale of the tiltrotor aircraft.

The U.S. Navy awarded a $332.5-million contract modification to Bell Boeing’s multiyear contract, which includes not only manufacture and delivery of the aircraft but also support, training and equipment, according to a Tuesday joint news release from Bell Helicopter and Boeing.

“The versatile V-22 tiltrotor will allow Japan’s Ground Self-Defense Force greatly enhanced capabilities, while providing an ideal platform for relief efforts in response to natural disasters,” according to the news release.

“Japan is modernizing its transport fleet to better support its defense and special mission needs,” according to the DSCA notice.
“The proposed sale of V-22B Block C Osprey aircraft will greatly enhance the Japan Ground Self-Defense Force’s humanitarian and disaster relief capabilities and support amphibious operations. This sale will promote burden sharing with our ally and interoperability with U.S. forces. Japan will have no difficulty absorbing these aircraft into its armed forces.”

Currently only the U.S. Marines operate the MV-22, including out of bases in Japan. The Air Force Special Operations Command operates its own CV-22 and earlier this year the Navy announced its intention to buy 44 aircraft of its own yet-to-be-named naval variant. The sale to Japan marks the first international sale of the Osprey platform.

“This is an important day for the Bell Boeing team in Japan and for the U.S.-Japan Alliance,” said Shelley Lavender, president of Boeing Military Aircraft. “The V-22 redefines what’s operationally possible for a country, and we’re looking forward to delivering this capability to Japan as we continue our enduring partnership there.”

“The Bell Boeing team is honored to have Japan as the first international customer for the V-22 tiltrotor,” said Mitch Snyder, executive vice president of Military Business for Bell Helicopter. “The distinct performance envelope of the V-22 will provide Japan with an ideal solution when the need arises. When assets are required on-target in a location without an airstrip, the self-deployable Osprey provides customers with an unrivaled combination of speed, range, and payload to execute a variety of missions.”