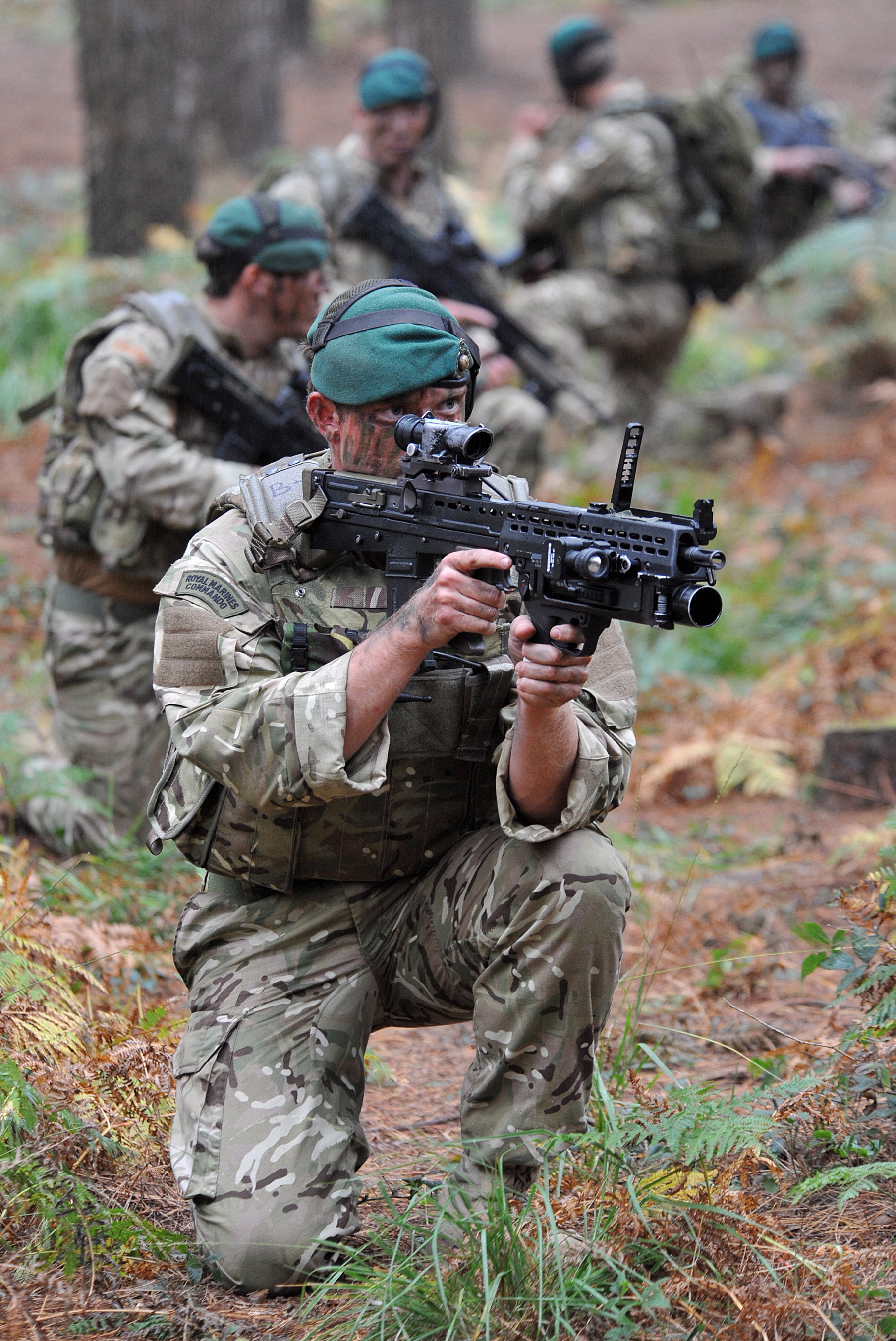 Royal Marine Commandos are pictured during a Green Ops exercise conducted over a two day period in various areas around Woodbury Common and Tregantle Ranges in Devon. UK MoD Photo

PENTAGON — The U.S. Department of Defense is lauding the British government’s decision to maintain its defense spending to meet NATO suggested targets.

“We welcome the U.K. announcement today, that the U.K. government will be spending two percent of its [gross domestic product] now on defense,” Pentagon spokesman Capt. Jeff Davis told reporters on Wednesday.
“We strongly value our relationship with the [U.K. military] and we appreciate the signal that U.K. will remain a leader within NATO.”

George Osbrone, the U.K.’s finance minister, made the announcement the country would commit to the NATO suggested target earlier on Wednesday.

“Today I commit additional resources to the defense and security of the realm,” Osborne told parliament on Wednesday reported Reuters.

“Committing today to meet the NATO pledge to spend 2 percent of our national income on defense. Not just this year, but every year of this decade.”

The pledged increase should result in an extra $4.61 billion in defense spending over the next five years, according to BBC analysis of the new plan.
For years, NATO has asked members to commit two percent of GDP to defense spending with mixed results.

Spending has largely been on the decline for member nations.

“The rate of decline slowed from a 3.9 percent fall in 2014 to an estimated 1.5 percent reduction this year, taking overall spending by the 28-nation alliance down to about US $893 billion, according to alliance figures,” reported Defense News in June.

As of the most recent NATO estimates, the U.S., U.K., Estonia, Poland and Greece are the only countries that meet the threshold. Longtime NATO stalwarts — like Canada and Germany — clock in at about one percent of GDP.

NATO presence operations have seen an uptick in the last year since Russia seized the Crimean region in March of 2014.