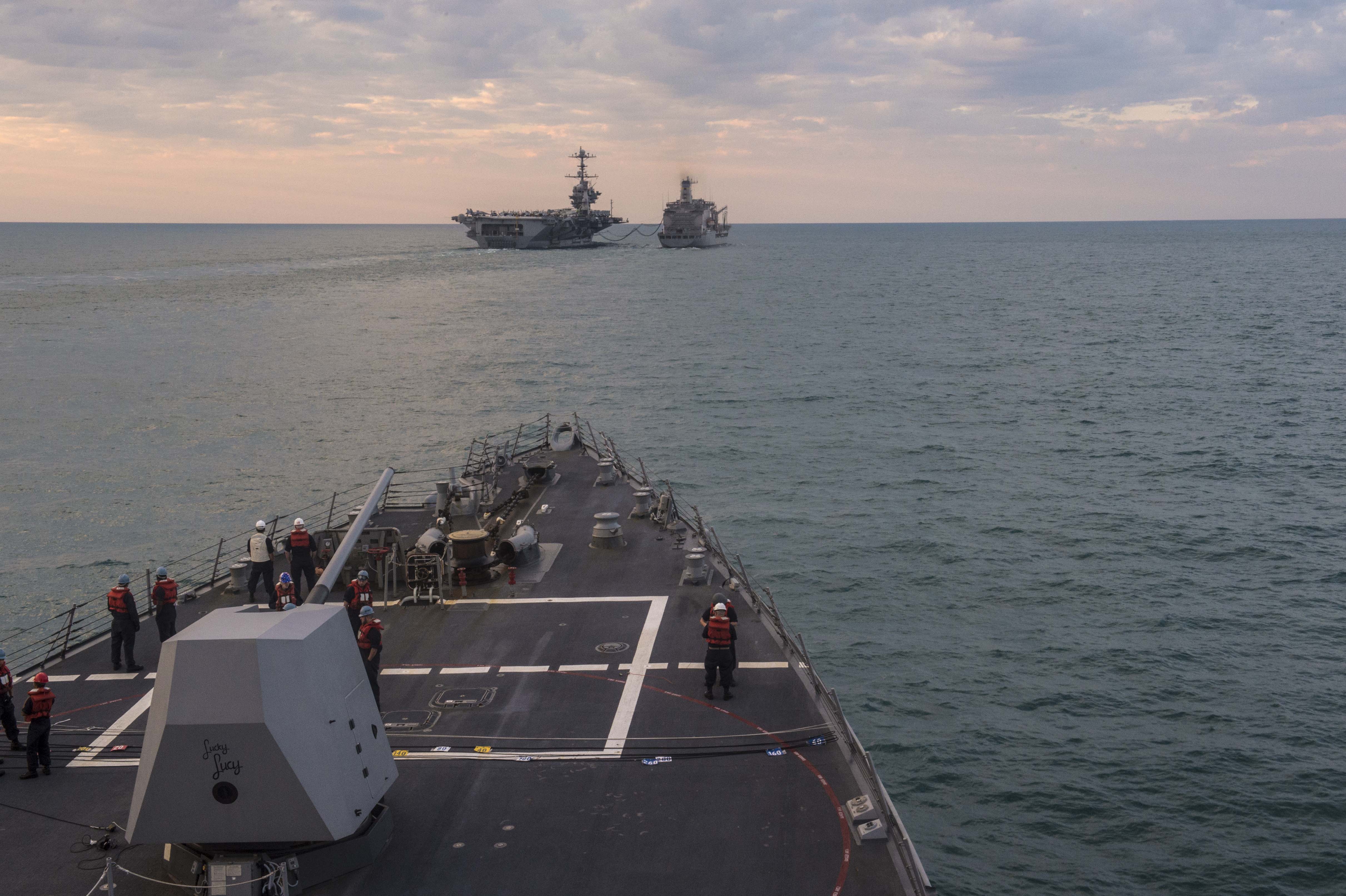 The George Washington Carrier Strike Group (CSG) joined the bilateral U.S.-Australia Talisman Saber 2015 exercise on Tuesday as part of this week’s kick off of Australia’s largest ever combined arms drill.
A combined total of 30,000 troops, 21 ships, three submarines and 200 aircraft will train off of Autralia’s northern coast for two weeks with a focus on high-end warfighting.

The latest iteration of the biennial includes, for the first time, a contingent from the Japanese Self Defense Force (JSDF) and two ships and 500 troops from New Zealand.

“This exercise illustrates the closeness of the Australia-U.S. alliance and the strength of our military-to-military relationship,” said Washington CSG commander Rear Adm. John Alexander in a statement.
“It provides an invaluable opportunity to conduct operations in a joint environment that will increase all participants’ ability to plan, coordinate and execute complex operations.”

Previous versions of the biennial exercise have focused on lower intensity counterterrorism and humanitarian aid and disaster relief (HADR) training, reflecting the U.S. and Australian’s involvement in the wars in Iraq and Afghanistan.

“Talisman Saber offers us the opportunity to enhance our amphibious operations skills while working alongside the Australian Defense Force,” said Col. Romin Dasmalchi, the 31st MEU commanding officer said in a statement. “Over the next few days, the 31st MEU will demonstrate the full range of our operational amphibious capabilities alongside our Australian allies as we work with them to refine their own amphibious capabilities.”

The exercise will run until July 21.

The planned exercise comes as tensions between nearby China and its neighbors continue to simmer in the South China Sea over overlapping territorial claims.

China has been vocal about interests outside the territory intruding and Beijing academics and military leaders have accused Japan, Australia and the U.S. of forming a so-called “Iron Triangle” to limit Chinese ambitions in the region.

China announced earlier this month it had completed a series of land reclamation project in the nearby South China Sea Spratly Island chain and would continue to build facilities on the new territory.