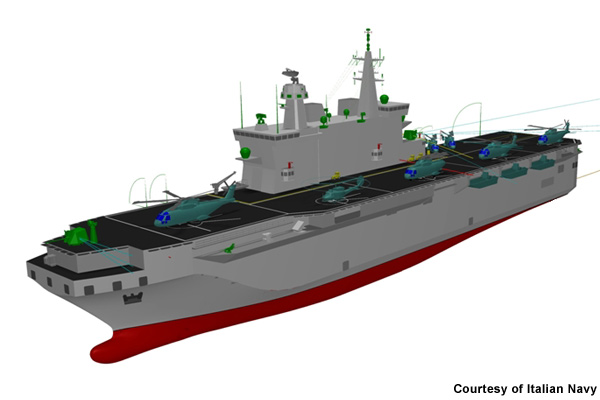 The Italian Navy has issued a contract for a big deck amphibious warship in a $1.1 billion ship deal announced last week.

The 22,000-ton landing helicopter dock (LHD) will feature a welldeck for amphibious landing craft, takeoff and landing spots for five helicopters and room for up to 1,000 personnel, according to an April report from Jane’s Defence Weekly.

Range for the LHD will be about 7,000 nautical miles and with a top speed of 24 knots.

Delivery of the LHD is scheduled for 2022, according to a release from Italian shipbuilder Fincantieri and Finmeccanica.

“The total value of the contract is over 1.1 billion euros, with Fincantieri’s share amounting to approx. 853 million euros and Finmeccanica’s to about 273 million euros,” read the release.

The deal is part an almost $6 billion refresh of the Italian surface fleet that also includes the new patrol ships, logistics ships and vessels for special operations forces (SOF).

“In particular, these are dual use vessels, meaning that they may be used for both standard military purposes and for civil protection and rescue at sea operations,” according to the release. 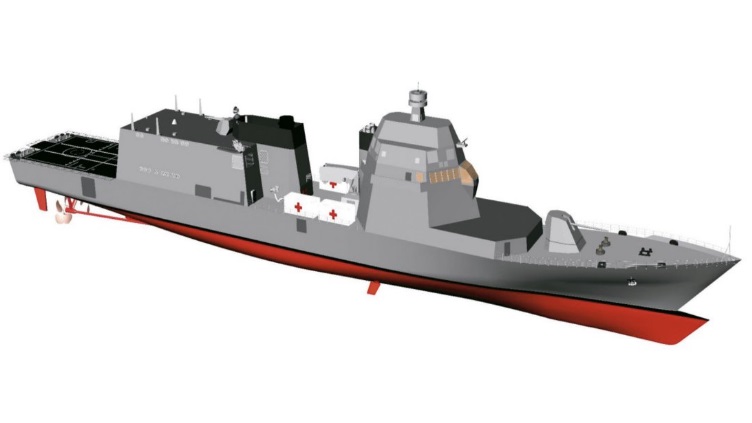 An artist’s concept of a proposed PPA. Italian Navy Image

In May, Fincantieri and Finmeccanica were awarded a $3.9 billion contract for six Pattugliatore Polivalente d’Altura (PPA) 4,500-ton multirole patrol ships. The contract included an option for four more.

“According to Adm. Giuseppe De Giorgi, the Italian Navy’s chief of staff, the fleet today consists of around 60 ships, with an average of 20 available due to recent challenges in maintenance and procurement,” wrote Jane’s.
“Of these 60 ships, more than 50 are scheduled to be retired within the next decade, to be replaced by around 30 multirole platforms.”