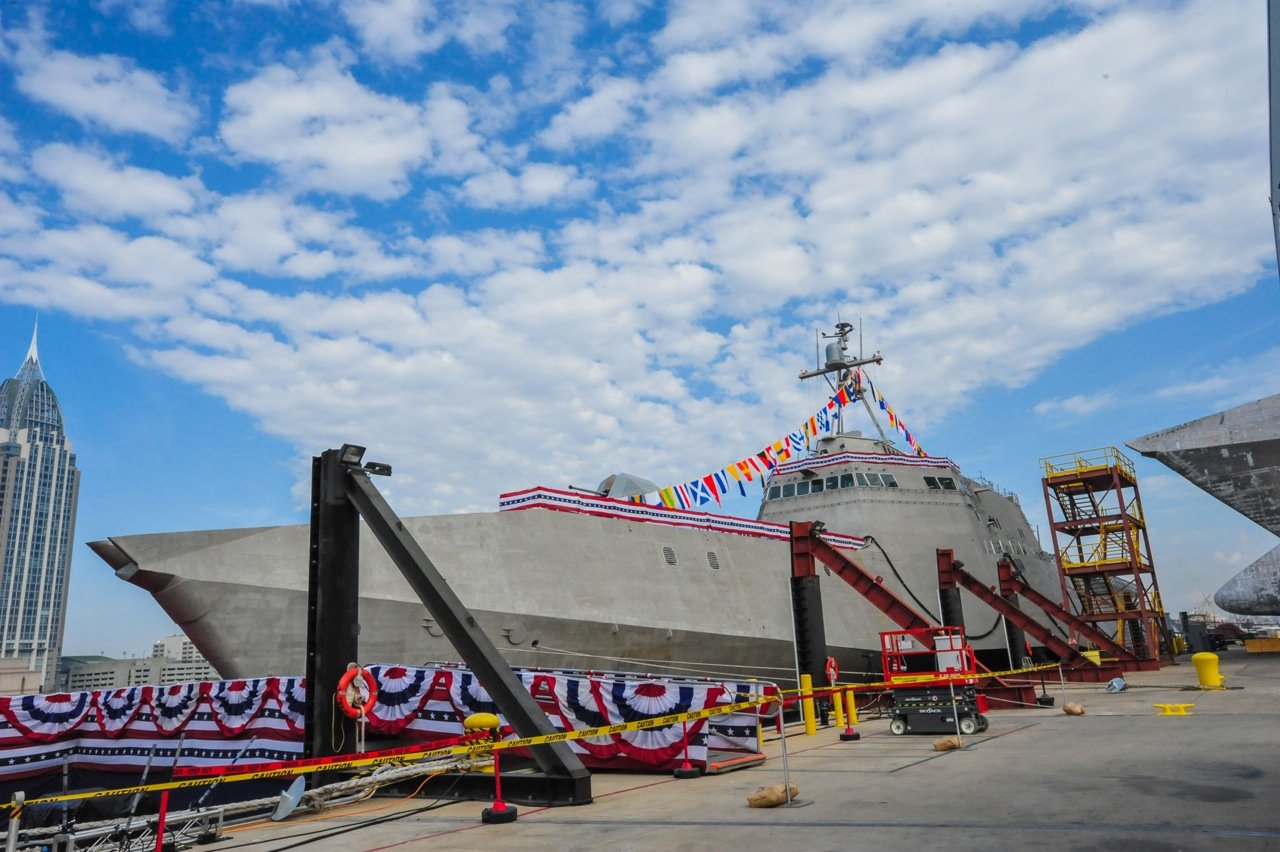 Pre-Commissioning Unit (PCU) Jackson (LCS 6) during its christening ceremony at Austal USA shipyard in Mobile, Ala. in 2014. Austal USA Photo

The Littoral Combat Ship Jackson (LCS-6) has completed its acceptance trials in the Gulf of Mexico ahead of a planned delivery to the Navy later this summer, Naval Sea Systems Command (NAVSEA) announced on Tuesday.

The 3,100-ton Independence-class LCS completed the five-day trial last week to prove “the performance of the propulsion plant, ship handling and auxiliary systems,” read the statement.

In addition, the Board of Inspection and Survey (INSURV) observed the ship and the crew preform “launch and recovery operations of the 11-meter rigid hull inflatable boat (RHIB), a four-hour full power run, surface and air self-defense detect-to-engage exercises, and demonstrated the ship’s tremendous maneuverability performing tight turns and accomplishing speeds in excess of 40 knots,” read the statement.

Jackson part of a 20 ship deal the Navy inked with Austal USA and Lockheed Martin in 2010 for ten ships apiece of the Independence and Freedom classes.

The following is the June 30, 2015 release from Naval Sea Systems Command.

MOBILE, Alabama. – The future USS Jackson (LCS 6) successfully concluded acceptance trials June 26, after completing a series of graded in-port and underway demonstrations for the Navy’s Board of Inspection and Survey (INSURV).

Acceptance trials are the last significant milestone before delivery of the ship to the Navy, which is planned for later this summer.

“With each new LCS we run through the trials process, I’m reminded of the incredible and unique capability this ship gives our operators,” said LCS program manager Capt. Tom Anderson. “Jackson lives up to the task and Austal USA should be proud of the hard work they undertook to get us here.”

LCS is a new breed of U.S. Navy warship, capable of open-ocean operation but optimized for littoral, or coastal, missions. USS Freedom and USS Fort Worth recently demonstrated these critical capabilities as part of their operational deployments to U.S. 7th Fleet in the Asia-Pacific region.

The Navy remains committed to a 32-ship LCS program and is leveraging competition, fixed-price contracting and serial production to reduce construction duration and costs.