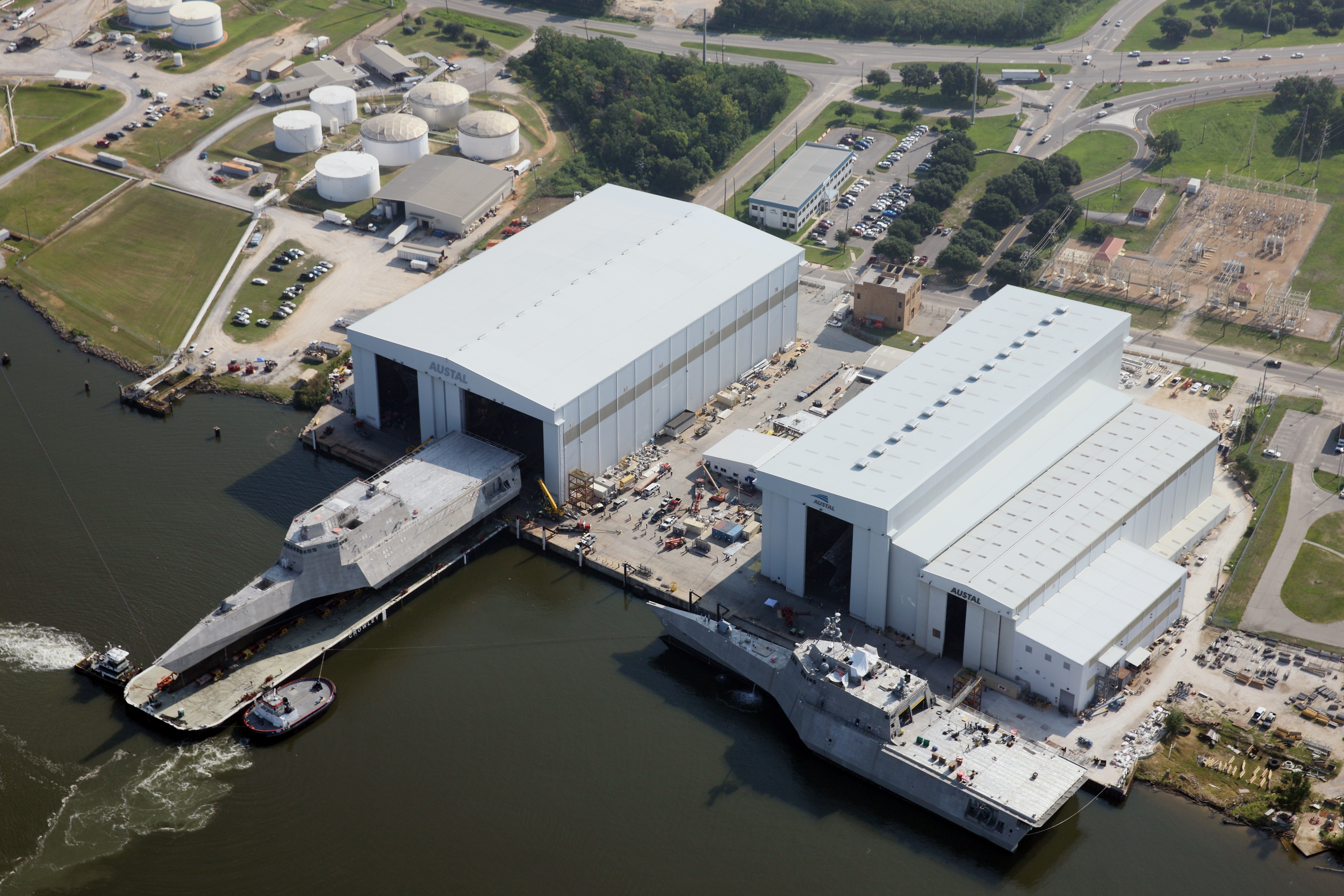 Shipbuilder Austal USA laid the keel of the seventh Independence-class Littoral Combat Ship (LCS) at its Mobile, Ala. yard, the company announced on Monday.

The initials of sponsor Sen. Jeanne Shaheen (D-N.H.) were welded into the aluminum keel of Manchester (LCS-14) in the ceremony at the yard.

According to the company, 36 of the 37 modules that make up the 3,100-ton ship have already started construction.

“For Austal, keel laying marks the beginning of final assembly. Nineteen modules have been moved from Austal’s module manufacturing facility and erected in the final assembly bay in their pre-launch position, read a statement from the company.
“The remaining 18 modules will follow over the coming months.”

The ship is the fifth ship of a ten-ship multiyear $3.5 billion contract with Austal USA issued by the Navy 2010 as part of a larger $7 billion block buy for — including ten Lockheed Martin Freedom-class LCS — for 20-ship total.

The first four Independence-class LCS were built under a contract to General Dynamics in which Austal USA was a subcontractor before GD elected not to compete for the multiyear.

Work in the yard is proceeding on other ships.

“Modules for the future USS Tulsa (LCS-16) and the future USS Charleston (LCS-18) are in the early phases of construction,” read the Austal statement.

Earlier this month, LCS Gabrielle Giffords (LCS-10) was christened at the Mobile yard.

In addition to the Independence-class ships, Austal is building ten Joint High Speed Vessels (JHSV) for the Navy.