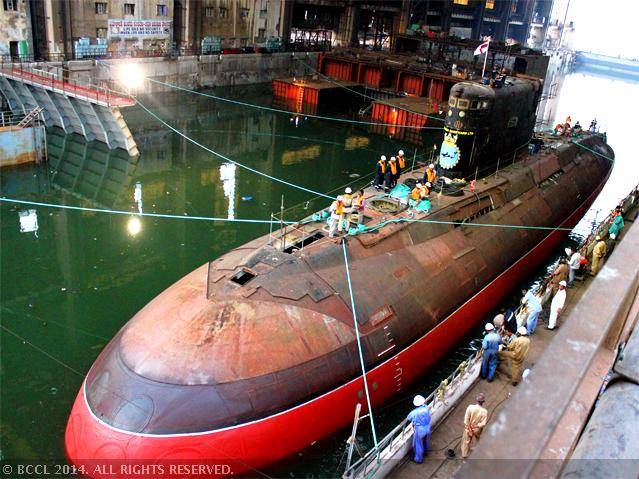 The Indian Navy’s fleet has shrunk over time, with the country now owning only 13 attack submarines, and only half of them fully operational, The Economic Times reported. And 10 of the 13 submarines are more than 25 years old, which is the expected service life for that ship class. The country also leases a nuclear-powered attack submarine without nuclear missiles onboard from Russia.

Despite the need for Sindhukirti in the fleet, it has been stuck in the Hindustan Shipyard since early 2006 due to both “gross mismanagement” and “alleged perfidy by Russian experts,” according to the article. The medium refit was only supposed to take three years to complete.

Though several years late, the sub now has a new hull, weapons, sonars and fire control system. It was also upgraded to include the capability of firing a 300-km Klub-S land-attack missile from its torpedo tubes.

India’s submarine fleet may face challenges for years to come. Six Scorpene-class submarines are being built at Mazagon Docks and expected to deliver from 2016 to 2020, but they will just replace existing submarines, which will be well past the end of their service life by the time the replacements arrive. An effort to build six new stealth submarines with foreign collaboration, called Project-75India, is nowhere close to being funded, The Economic Times reported – and it would still take another decade once the funding is appropriated.

Further depleting the operational fleet, six submarines are slated to undergo midlife upgrades and life extensions soon. Two Sindhughosh-class subs will undergo the work in Russia, while two more and two Shishumar-class submarines will have the work performed in India.