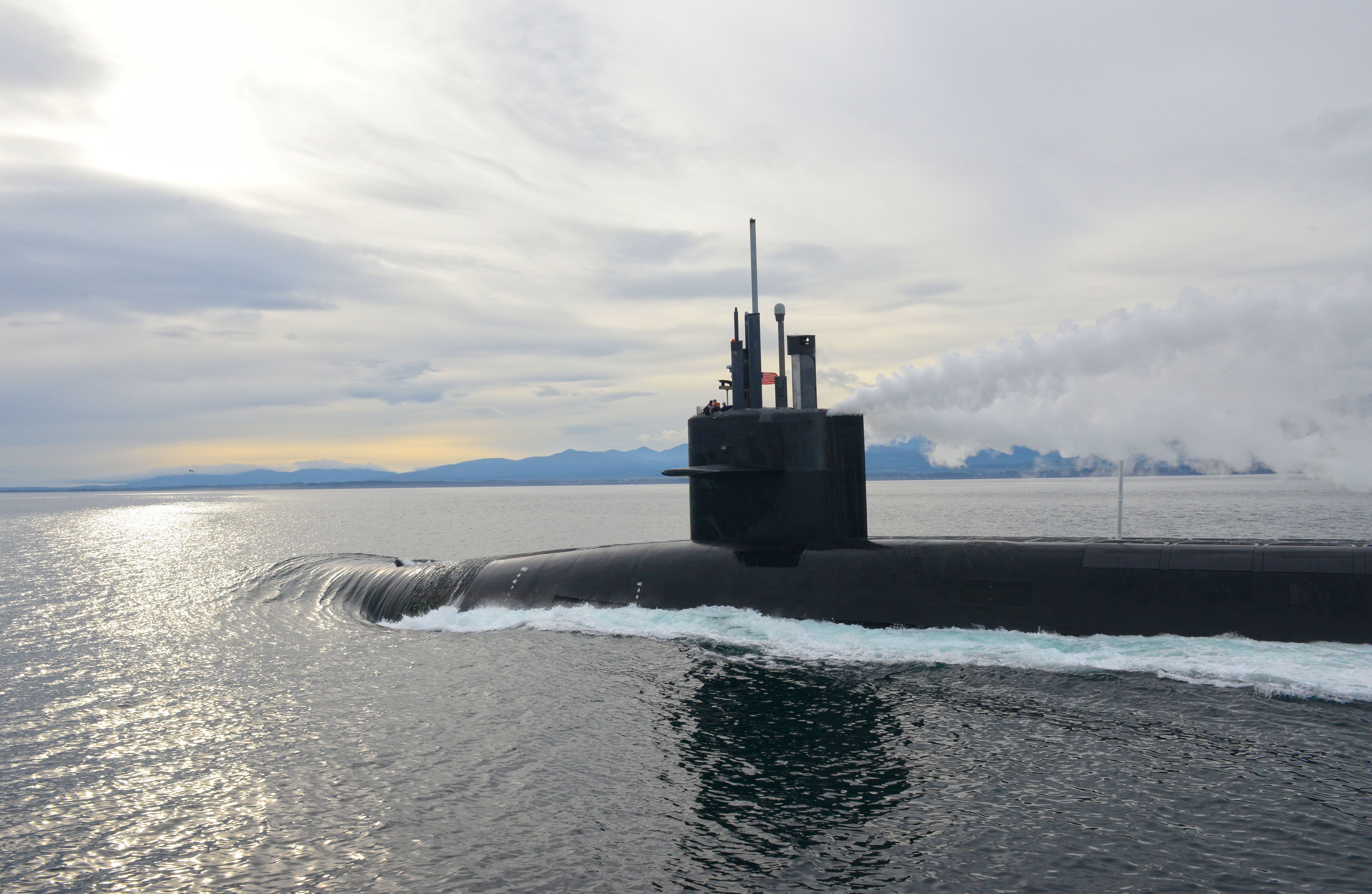 The Navy needs about $100 billion to buy its upcoming class of ballistic missile submarines. And it needs a lot of support from Congress to secure that funding.

In the world of politics, where change is the only constant – where support for various departments goes in and out of style – finding long-term stability for something as big as the Ohio Replacement Program (ORP) submarines is vital to its success.

This week, the House may have achieved that stability.

The House Appropriations Committee tried to cancel a National Sea Based Deterrence Fund (NSBDF) the House Armed Services Committee had set up to provide stable, advanced funding for ORP. Several HASC subcommittee chairs and ranking members pushed for an amendment that would save the piggy bank fund, and the House overwhelmingly agreed to keep the fund, in a 321-111 vote Wednesday night.

“I think that’s a pretty overwhelming message that this is the direction Congress wants to be heading in,” HASC seapower and projection forces subcommittee chairman Rep. Randy Forbes (R-Va.) told USNI News Thursday afternoon. He said the fight isn’t over yet, as the House has to wait to see what the Senate will do, but he’s optimistic that the fund will be preserved.

“I think, first of all, members of Congress are just realizing how vitally important this Ohio-class replacement is going to be for the national defense of our country,” he said.
“I think the second thing is, I think it just makes really good sense from a business model and people can fundamentally realize you shouldn’t wait until the night before you need $100 billion and then step up and say, okay, now how are we going to get it? It makes sense to have a longer lead time – I mean, in four years we’re going to start procuring these ships and in six years we’ll be starting to build them, so we don’t want to wait until the last minute. But I think the third thing is, from the beginning of this, our subcommittee is a very bipartisan subcommittee, as is actually our full committee, and this was not a fund that was just my fund. This was a fund created on a bipartisan basis once we all sat down and said what’s the best thing for us to do to build these ships. I think that kind of bipartisan support showed in the vote we had.”

The floor debate that led up to Wednesday night’s vote was the second full House debate on the NSBDF in two months. HASC seapower and projection forces subcommittee ranking member Rep. Joe Courtney (D-Conn.) told USNI News on Thursday he’s glad the topic was openly debated twice because non-HASC members now have a clear understanding of the importance of a defense issue they otherwise wouldn’t have much visibility into.

“One really healthy thing about this process of having two full-blown debates on the floor is that I really think the member awareness now on sea-based deterrence – and the fact that this is really going to be a very important issue obviously not just this year but for many years ahead – has, I think, really penetrated the mindset here, which is not easy because there’s so many competing issues.”

While debating the defense appropriations bill, all votes on amendments were saved until the end of the day Wednesday. Courtney said the congressmen had cheat sheets explaining what each amendment was and how the Republican or Democratic party wanted members to vote. He said he worked the floor leading up to the vote to save the NSBDF, and the lawmakers seemed to really understand the submarine issue and didn’t need the cheat sheets’ help on that amendment.

Courtney said a lot of the success can be attributed to support from outside groups – the Navy League, AFL-CIO’s Metal Trades Department, International Brotherhood of Boilermakers, Teamsters and more – who spent the last few weeks “peppering member offices with their input.”

“Their input really elevated the issue to a point where it wasn’t just perceived as just a parochial one-platform debate, as opposed to a broader question…which is that, if we don’t do this right, the industrial base for surface ships and American warships is really going to be damaged,” Courtney said.
“And again, that really obviously is what motivated the Metal Trades to ramp up, they wrote great letters and framed it precisely that way.”

Since the Budget Control Act hit and spending caps were imposed on the defense and non-defense discretionary budgets, HASC members have said they’ve struggled to help their colleagues understand the complexities of defense budgeting. Whereas everyone understands funding for schools and infrastructure, the relationship between the Pentagon’s needs and the industrial base’s needs isn’t so intuitive. Forbes said in this particular case, he and his HASC colleagues successfully conveyed the importance of ORP and the need for a special fund.

“I think what we have been trying to do is to paint the pictures of what the challenges are that lie ahead for us as a country, and then try to come up with creative solutions of how to meet those challenges, and thirdly lay the choice to the American people and to members of Congress,” he said.
“I think when you do those things, the American people always respond that they want a strong national defense. I think members of Congress do that, so I think [Wednesday] night was kind of the culmination for this program of doing that.”

There are other challenges HASC will face that will require broader support from outside the committee, but he said the ORP issue is interconnected with other shipbuilding challenges and that perhaps the rest of the House understands a bit better now.

“If we don’t do this fund – or something like this fund, it doesn’t have to be this fund, there’s no magic that this is perfect and it’s the best – but if we don’t do something like this, if we just do it the way we always do it, wait until we need the money and pull it out, [the Congressional Research Service] has said that we could lose as many as 32 other ships,” Forbes explained.
“Now that would be eight Virginia-class attack submarines, eight destroyers and 16 other combatant ships. So if we don’t keep this funding going, it will decimate the rest of the shipbuilding plan in a time where every bit of the data we’re getting and every bit of the data we’re able to disseminate to you is going to be showing that we need significantly more surface combatants, not less.

“And then when you look at these particular submarines, this nuclear deterrent has kept us from a major world war for a lot of decades now,” he continued.
“And I don’t think very many reasonable people would want to lose 70 percent of our nuclear deterrent, which is what would happen if we don’t replace these submarines.”

Courtney said the support for ORP and its NSBDF today is impressive – he analyzed Wednesday night’s vote and found that 74 percent of Republicans and 74 percent of Democrats supported it. But for him, the big win is not having to re-fight this battle next decade.

The House appropriators said they strongly support ORP but want to fund it in the traditional manner, just one year at a time. But Courtney said that “really begs the question, that the appropriators – who I respect highly – didn’t really answer, which is the notion that if we’re going to do this in a year-by-year budget process, it’s basically is asking members of Congress in the 2020s to do the near-impossible, which is to stretch the size of that [Navy shipbuilding] account in some magical way.”