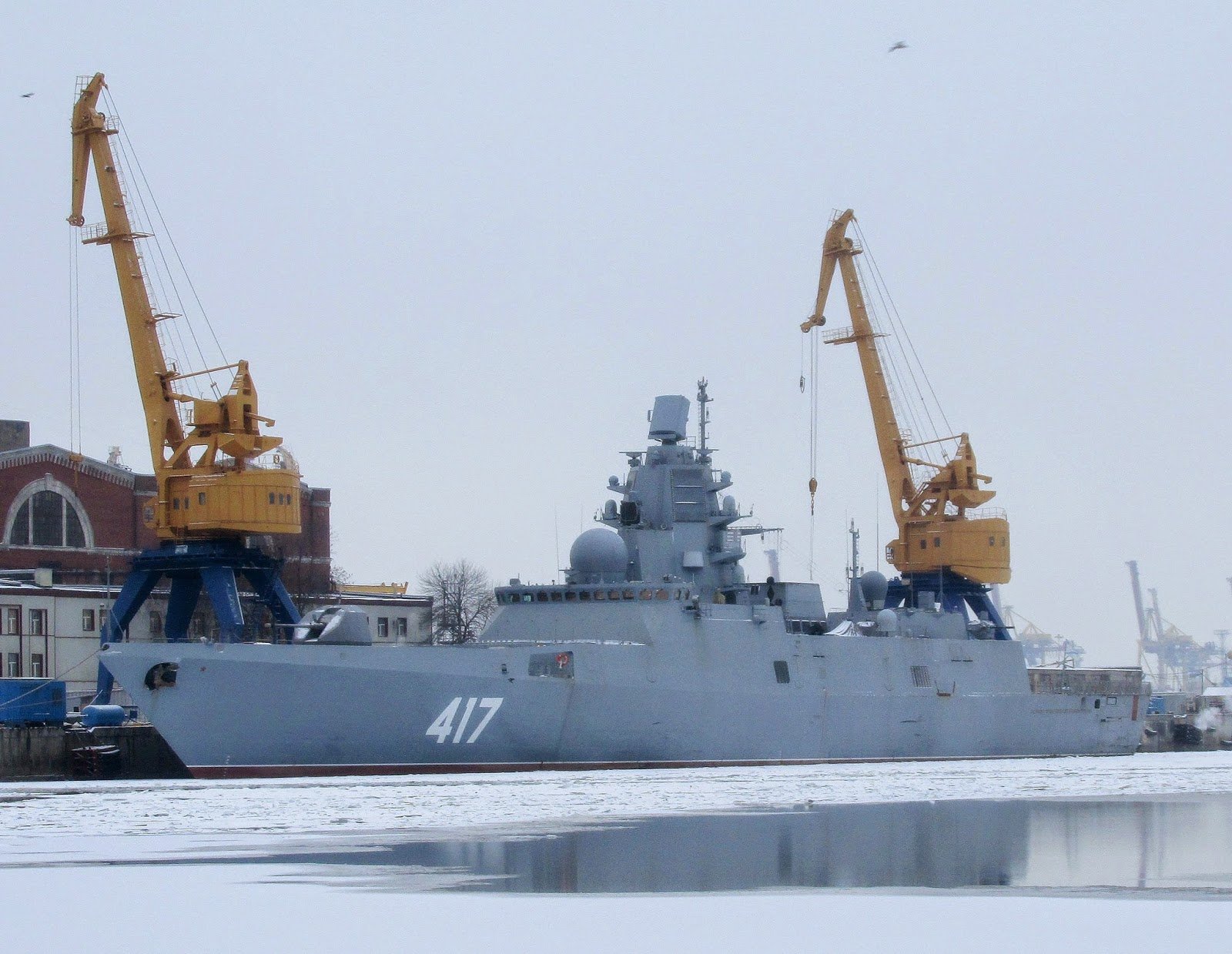 In addition to procuring a domestic gas turbine for the two classes, USC has pledged to sue the Ukrainian government to get the engines the company said it has already paid for.

The original gas turbines were produced by Ukrainian state-owned of Zorya-Mashproekt. Originally established in World War II, the company was a center of Soviet maritime gas turbine design and production. Following the Cold War the company continued to supply the engines for the Russian surface fleet and export ships until the Russian seizure of the Ukrainian region of Crimea and the subsequent arms embargo.

The first three 3,850-ton Grigorovich frigates and the first two 4,550-ton Gorshkovs are already equipped with Ukrainian gas turbines, according to USC. Russia has said it plans to build at least eight of the larger Gorshkovs and the Russians have ordered six of the smaller Grigorovich ships.

However, the Russian defense industry has been preformed poorly meeting deadlines in the last several years and the timelines set out by USC will be likely be difficult to meet, Eric Wertheim author of U.S. Naval Institute’s Combat Fleets of the World told USNI News on Tuesday.

“I don’t think anything about the Russian defense industry has been timely, he said.
“That’s the reason they looked to France for amphibious assault ships and why the aircraft carrier they made for India was so late.”

While Russia is second only to the U.S. in submarine manufacturing, its surface ship construction has suffered since the end of the Cold War.

While Saturn is known for producing quality jet engines it’s unclear how successful they’ll be in developing domestic gas turbines.

“It’s a very complex thing they’re trying to replicate. It’s going to have a significant impact on their surface navy modernization. They’re probably going to use it as an excuse down the line.” Wertheim said.
“They might have better luck going to court.”

The admission from USC is the latest in a series setbacks for the Russian surface enterprise. Last year a deal for two French Mistral-class amphibious warships went sour when the French government blocked the transfer of the two ships to the Russian Navy due to ongoing allegations the Russians were providing material support to separatist forces along its border with Ukraine.