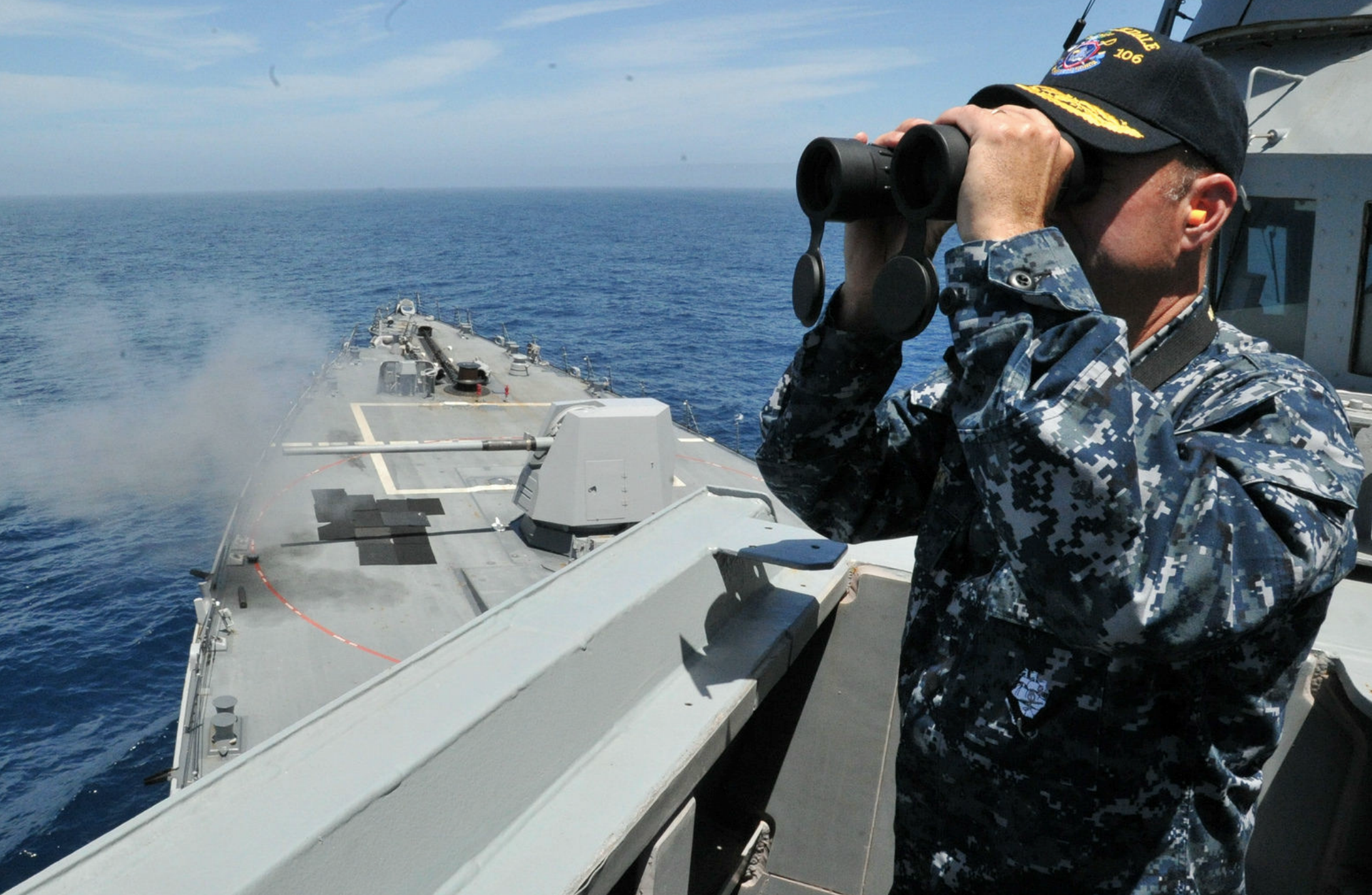 In addition to beefing up its weapons and material readiness to wage a high-end fight, the surface community is also borrowing lessons from the naval aviation to train a new cadre of elite surface warfare officers (SWOs).

Retired Vice Adm. Tom Copeman — then commander of U.S. Surface Forces — outlined the idea in 2014 in a piece in Proceedings.

“At a rough level there are going to be three school houses — these are going to be the top SWOs — that create warfare tactics instructors in three discipline areas,” NSMWDC commander Rear Adm. Jim Kilby told USNI News on Monday.

Graduates — like those from the Naval Strike and Air Warfare Center’s “Top Gun” predecessor (Naval Fighter Weapons School) — will be peppered throughout the fleet as warfare tactics instructors (WTIs) bound for ships and classrooms as a resident “patch wearer” class of SWOs. 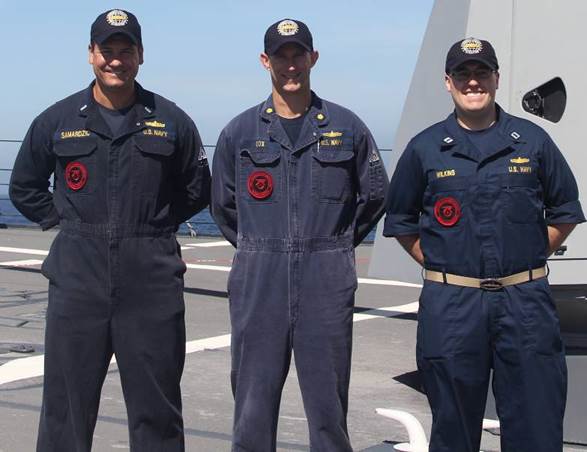 “That means we’re purposely building these warfare tactics instructors and detailing them to specific locations where they can teach a standardized method for all of those warfare areas assigned,” Kilby said.

Surface Navy leaders have long bemoaned the steady atrophy of high-end warfare skills as demands of Iraq and Afghanistan called mostly for lobbing Tomahawk Land Attack Missiles (TLAM) at land targets and ballistic missile defense (BMD) and not coordinating a multifaceted and complex air, surface and anti-submarine war against a sophisticated enemy.

“Due to the nature of the conflicts since the end of the Cold War, the Navy, and the surface fleet specifically, have valued strike warfare over other mission areas. As a result, surface force sea control programs, skills, and capabilities have diminished and, in some cases, were eliminated,” wrote current U.S. Surface Forces commander Vice Adm. Thomas Rowden in 2014 when he was the Office of Chief of Naval Operations (OPNAV) director of surface warfare (N96).
“As we rebalance to the Pacific, we must properly prioritize procurement and training to firmly establish our preeminence in war-at-sea capabilities, specifically so we can persistently execute these missions in any maritime environment where our access might be challenged.”
In the last six months the surface force has made calls for increasing the power of surface ships, accelerating new weapons and positioning its fleet toward more complicated engagements in a move to increase SuW specifcally dubbed, distributed lethality.

Part of that effort is material but often overlooked is the personnel needed to execute the ideas.

“I see [WTIs] becoming a huge part of distributed lethality,” Kilby said.
“We’re very persistent and obvious on Vice Adm. Rowden’s radar. As an example we have folks involved in the distributed lethality organizing principle, how we’re going to flesh that out and what that means.”

Eventually, NSMWDC hopes to graduate 110 WTIs a year — 40 IAMD, 40 ASW/SuW and 30 amphibious warfare — with a goal of having either an IAMD or ASW/SuW WTI on each surface ship and an amphibious WTI on every amphibious ship.

“Ultimately our goal is to send these folks to a baseline course that’s roughly five weeks long and then they’ll go to those three locations to get their specialized training in those discipline areas,” Kilby said.

NSMWDC will be headquartered at Naval Station San Diego, Calif. with the three schoolhouses spread between California (ASW/SuW), Naval Surface Warfare Center Dahlgren, Md. (IAMD) and a planned amphibious WTI effort to with a location to be determined.

The IAMD portion is the most mature and is currently in its fifth class of training WTIs with graduates already in the fleet.

In April, NSMWDC conducted a pilot SWATT program at sea to test the concept.

“The SWATT piece is a different pillar in increasing tactical proficiency and that’s taking ships to sea after they go through their basic training in their home ports but before they go and conduct a strike group wide composite unit training exercise,” Kilby said.
“That will also be taught by WTIs and other experts but it’s really different than the WTI curriculum.”

Eventually there will be a SWATT presence on both coasts, he said.