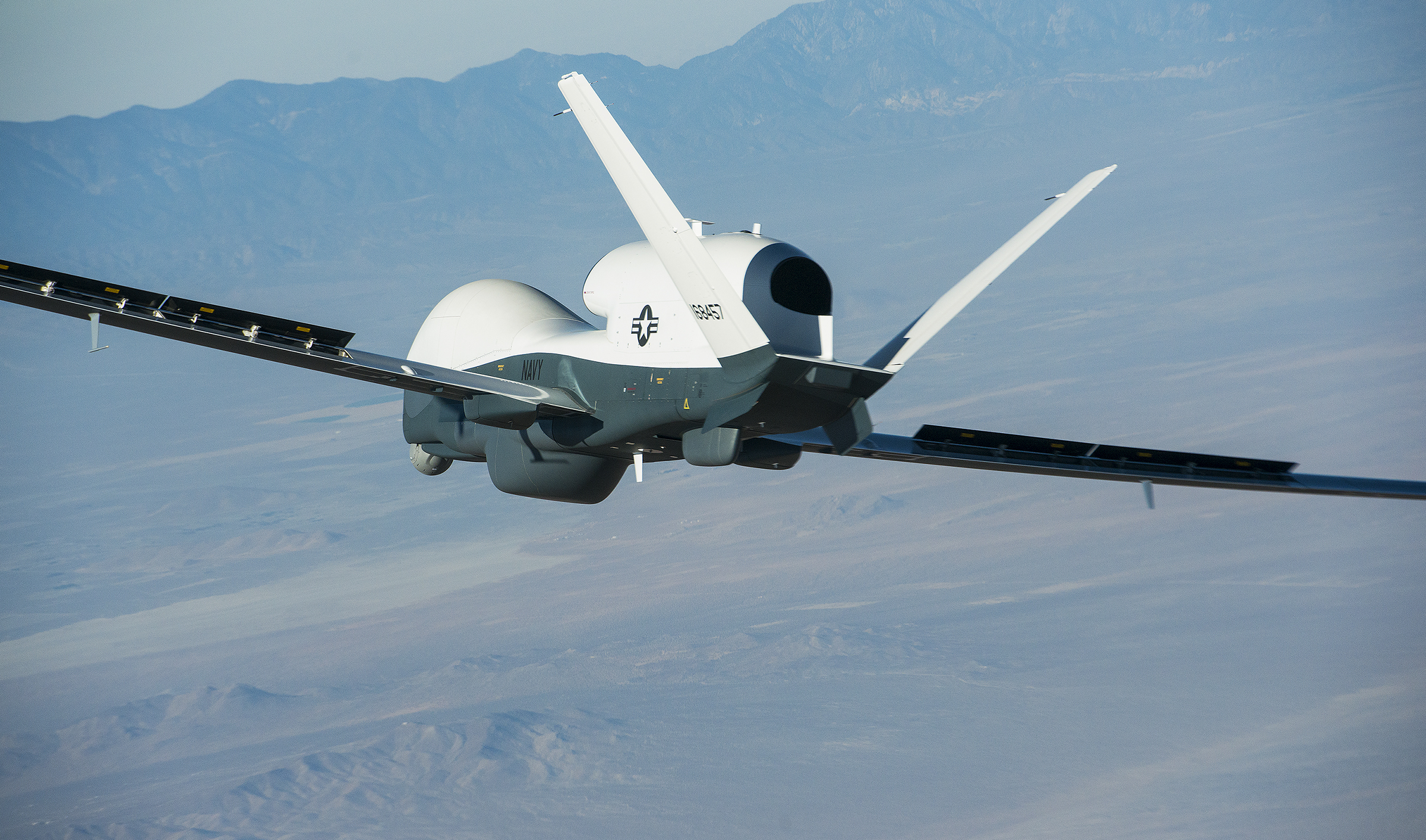 NAVAIR will negotiate and award an advance acquisition contract first, in Fiscal Year 2016, which will buy long-lead components and other work to keep production on schedule, according to a June 2 announcement on FedBizOpps. The LRIP 2 contract, which covers three aircraft, one mission control system and one forward operating base, will be awarded in FY 2017.

According to Navy budget documents, the Navy received $67.7 million in FY 2015, the current fiscal year, for advance acquisition for LRIP 1. The Navy awarded that contract to Northrop Grumman on March 11 for $63.7 million.

In FY 2016, the Navy needs $494 million more for the LRIP 1 contract itself, which like LRIP 2 will buy three aircraft and their mission control system and forward operation base, and $54.6 million for advance acquisition for LRIP 2. FY 2017 would require $508 million more for LRIP 2, plus $74 million in advance acquisition funding. In FY 2018, the Navy would increase to procuring four aircraft a year rather than three.

“MQ-4C Triton includes an endurance-class UAS that will operate from land-based sites around the world,” according to the budget documents.
“Unmanned aircraft at each operating location will provide persistent maritime ISR by being airborne 24 hours a day, 7 days a week out to ranges of 2,000 nautical miles. Worldwide access will be achieved by providing coverage to nearly all the world’s high-density sea-lanes, littorals and areas of national interest from its operating locations.”

The Navy had planned to buy 68 aircraft but was considering lowering that number because the aircraft were proving more reliable than expected – meaning the Navy could own fewer but keep the same number up in the air at any given time. The FY 2016 budget documents show the Navy currently intends to buy 66.