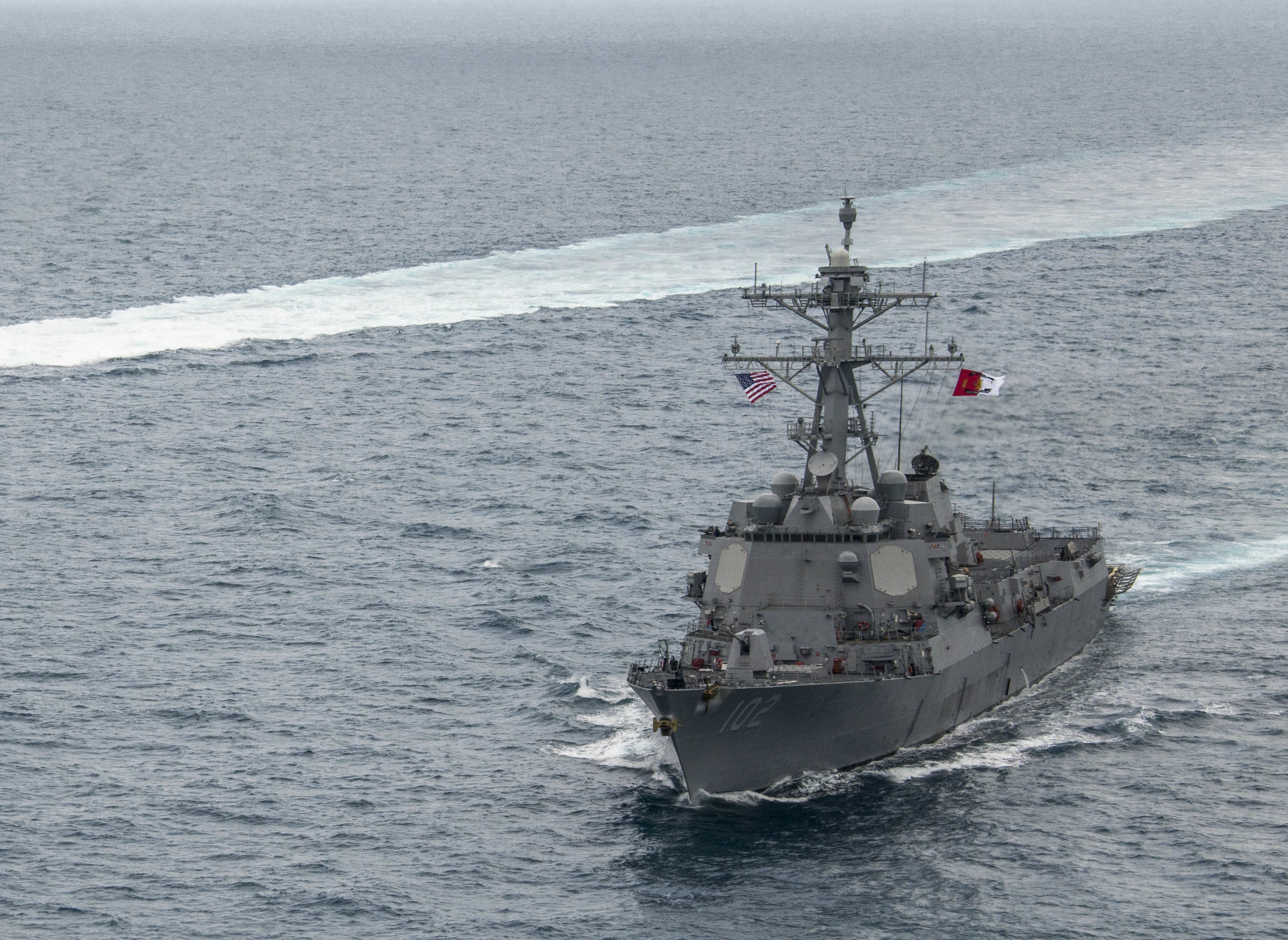 USS Sampson (DDG-102), operate together in the Java Sea while supporting the Indonesian-led search effort for AirAsia flight QZ8501. US Navy Photo

Sampson arrived in San Diego on Monday after leaving for the 212-day independent deployment in November.

“They worked hard during the past 18 months preparing for this deployment and it showed in their outstanding performance,” said Cmdr. Steven Foley, Sampson’s commanding officer in a statement.
In December, the ship was one of the first naval vessels to respond to the crash of AirAsia Flight 8501in the Java Sea discovering debris and bodies from the lost Airbus.

In addition to the search and rescue effort , the ship and its crew exercised with the Japanese Maritime Self Defense Force (JMSDF) and also commemorated the Battle if Sunda Strait.

The following is the June 1, 2015 statement from the service.

The ship and crew of more than 300 Sailors, assigned to Destroyer Squadron (DESRON) 23, conducted various presence operations and goodwill activities with partner nations.

While on deployment, Sampson supported the Indonesian-led search-and-rescue efforts for the downed AirAsia flight.

Multi-Sail is an annual DESRON 15-led exercise that is designed to assess combat systems and improve teamwork amongst U.S. and partner nations in the U.S. 7th Fleet area of operations.

“I am extremely proud of every Sampson Sailor. They worked hard during the past 18 months preparing for this deployment and it showed in their outstanding performance. Their dedication and sacrifice was truly inspiring and resulted in a highly-successful seven-month deployment to the Western Pacific. I am thankful to all the family and friends for their continued support and sacrifice so Sampson Sailors could focus on mission success,” said Cmdr. Steven Foley, Sampson’s commanding officer.

Sampson is the fourth U.S. destroyer named after Rear Adm. William Thomas Sampson, who served from 1857 to 1902, and commanded of the North Atlantic Station during the Spanish-American War in 1898.

The ship is homeported in San Diego.

U.S. 3rd Fleet leads naval forces in the Eastern Pacific from the West Coast of North America to the international date line and provides the realistic, relevant training necessary for an effective global Navy.