Recent and ongoing tensions in the Western Pacific, such as the verbal confrontation between a U.S. Navy P-8 Poseidon patrol aircraft and a Chinese Navy ground station in the Spratly islands on May 20, will not be solved by the actions of one power.

One possible first step could be the creation of a Standing Indo-Pacific Maritime Group (SIPMG) for the purposes of humanitarian assistance/disaster relief (HADR), counter-piracy patrol and general assistance to mariners in distress in international waters. Its command structure could be based on the long-proven national rotation system of the North Atlantic Treaty Organization’s Standing NATO Maritime Groups (SNMGs).

Its operational design might resemble the ongoing NATO Operation Active Endeavor (OAE) and the Turkish Operation Black Sea Harmony (OBSH) initiative or the ongoing multinational counter-piracy effort off the coast of Somalia.

Such a group would comprise primarily ships with capabilities that support relief and low-threat security operations. The act of bringing together military and coast guard personnel from the nations of the Indo-Pacific, and organizing them in support of peaceful security-building activity could have a positive impact on the stability of this region.

These people and the relationships they forge together are as much the product of this effort as are the potential activities of the standing maritime group. These relationships, especially those forged between U.S. and Chinese personnel could be of use in fostering amicable relationships between participating nations.

An international standing maritime group in the Indo-Pacific region could be organized primarily for the provision of humanitarian assistance and disaster relief (HADR). The Indo-Pacific ocean space is one of potentially volatile weather and volcanic activity. 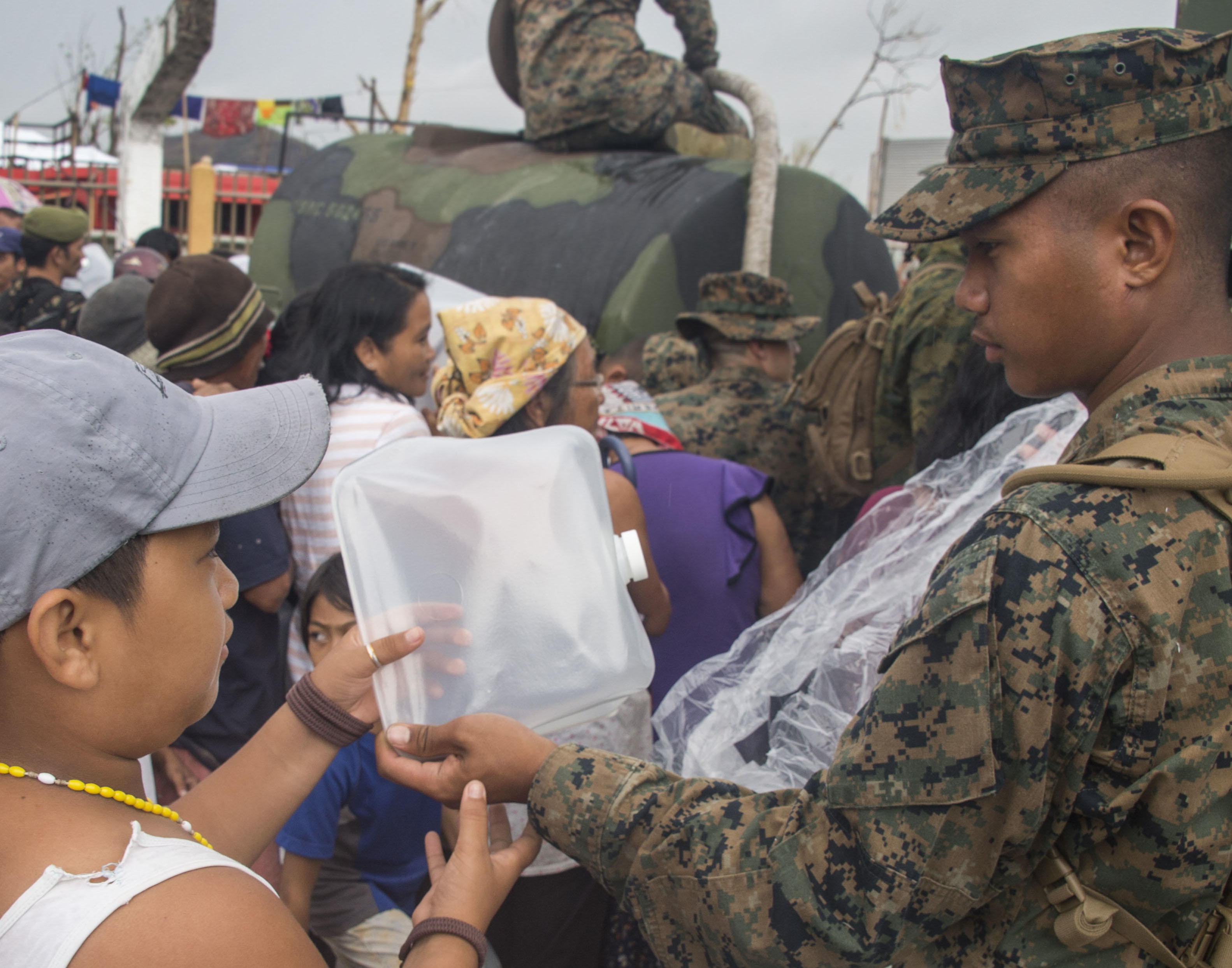 Tsunamis associated with catastrophic geologic events in the Indo-Pacific have killed nearly 300,000 people since 2004, most in the Indian Ocean tsunami of that year and the tsunami that struck Japan and other nations on March 11, 2011. The long-term social, economic and environmental effects of these disasters will continue to affect the global community for decades. Such a group could also contribute to counter-piracy through its reporting of potential pirate activity to responsible national authorities. The group could also provide general assistance in international waters for mariners in distress.

International sanction in the form of U.N. resolutions has been successful in the past in the inspiration for and mobilization of international maritime activities. The Turkish-motivated Operation Black Sea Harmony (OBSH, similar to the NATO-led Operation Active Endeavour in the Mediterranean, was initiated in March 2004 in accordance with U.N. Security Council Resolutions 1373, 1540, and 1566 for deterring terrorist and asymmetric threats worldwide.

On the request of U.N. Secretary-General Ban Ki-moon, in late 2008, NATO started to provide escorts to U.N. World Food Program (WFP) vessels transiting these dangerous waters under Operation Allied Provider (October-December 2008). In addition to providing close protection to WFP chartered ships, NATO conducted deterrence patrols and prevented, for instance, vessels from being hijacked and their crews being taken hostage during pirate attacks. The European Union (EU) began a regular rotation with NATO units soon after to provide consistent coverage of the Bab al Mandeb strait and Gulf of Somalia region. A greater diverse coalition of over 30 international maritime forces further coalesced to provide wider coverage across the Arabian Sea and the Indian Ocean to the point that there have been no successful pirate attacks in the region since May 2012. The success of the international counter-piracy effort in the waters off Somalia demonstrates the power of international cooperation in a troubled region in support of common objectives. 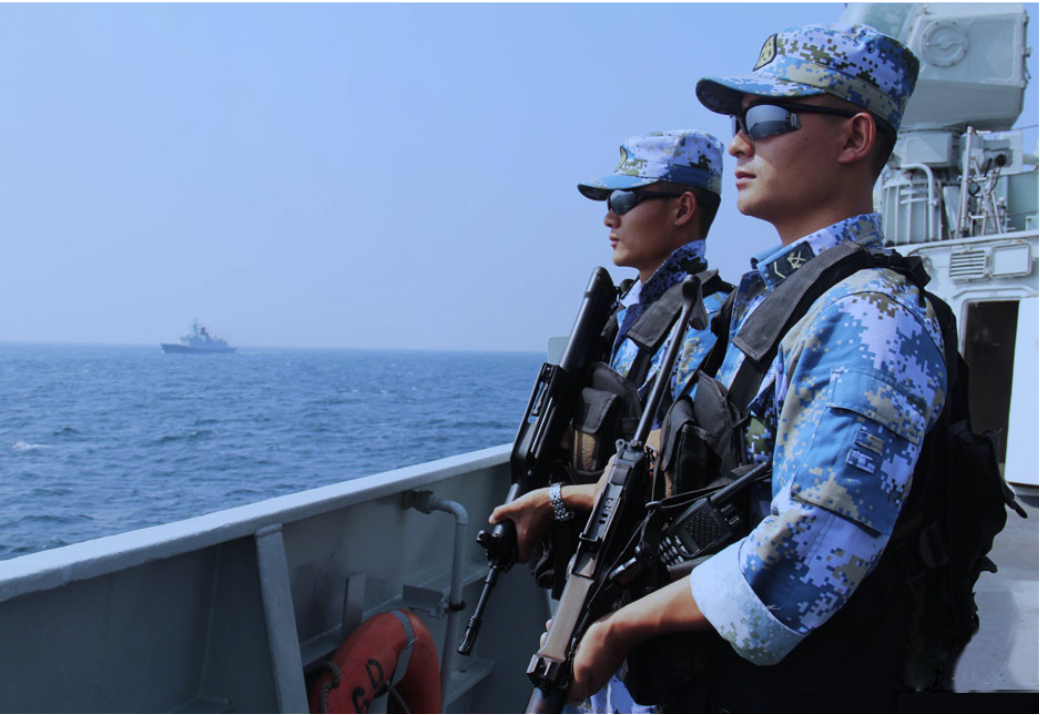 Chinese troops operating in the Gulf of Aden off the coast of Somalia. People’s Liberation Army Navy Photo

The multinational effort against piracy in Somali waters, in particular, illustrates the power of maritime diplomatic efforts. It drew the support of a diverse group of nations around a common maritime interest, including many who had not previously participated in international maritime efforts. The navy of the People’s Republic of China, for example, was a strong participant in the Shared Awareness and Deconfliction (SHADE) coordination mission undertaken by the nations participating in the counter-piracy mission off the Somali coast, according to 2011’s China Europe and International Security, Interests, Roles and Prospects. China has sent more task-force escorts to the region than any other independent participant and has assiduously supported all U.N. resolutions that underpin international counter-piracy efforts. Chinese participation would be a most welcome and useful addition to a Standing Indo-Pacific Maritime Group effort.

The Indo-Pacific region already has a recent history of successful cooperative maritime efforts. The coast guards (or equivalents) of Canada, China, Japan, South Korea, Russia, and the United States established the North Pacific Coast Guard Forum to promote information-sharing and foster international cooperative efforts related to safeguarding maritime commerce, stemming illegal drug trafficking, protecting fisheries, and deterring human smuggling. Biannually, member organizations from each of the forum nations meet to focus on issues affecting the northern Pacific, participate in training and exercises, and conduct joint operations at sea. The forum is built on a simple formula: All members voluntarily work equally toward solving shared problems and achieving mutual interests. The takeaway: Robust precedent exists for international navies and coast guards to cooperate in furtherance of mutual interests in the maritime domain.

The group’s organization could be based on models successfully employed over decades of operation. The NATO Standing Maritime Groups (SNMGs) have been in operation for nearly 50 years. The Standing NATO Maritime Groups, conceived in the late 1960s as the Standing Naval Force Atlantic (STANAVFORLANT), were an attempt to create a regular deployment of the Alliance’s warships to promote common operational standards. A current inspiration and possible foundation for a Standing Indo-Pacific Maritime Group is the Western Pacific Naval Symposium, whose membership just met in Manila in April of this year and approved a member supported Code for Unplanned Encounters at Sea (CUES) program in April 2014. The CUES program provides basic communications and maneuvering instructions. It could be expanded as the foundation for intra-group communications and operations of a Standing Indo-Pacific Maritime Group.

The operational concept of the group might also be derived from past successful models of international maritime command and control. The Standing NATO Maritime groups have practiced a system of rotation by which the participating nations alternate the staff billet assignments amongst themselves. All nations are afforded the opportunity to command the group and provide the formation’s flagship for regular periods of operation. Communication has traditionally been in English and facilitated by common multinational methods. Standing Maritime Groups have traditionally conducted a workup period to operations and communication skills before they begin active operations. Staff members live on board the flagship and work together as a close-knit watch-keeping and administrative team. The close interaction of the commander and other staff members for months at sea is often the basis for lasting professional and personal relationships among this unique group of naval personnel. 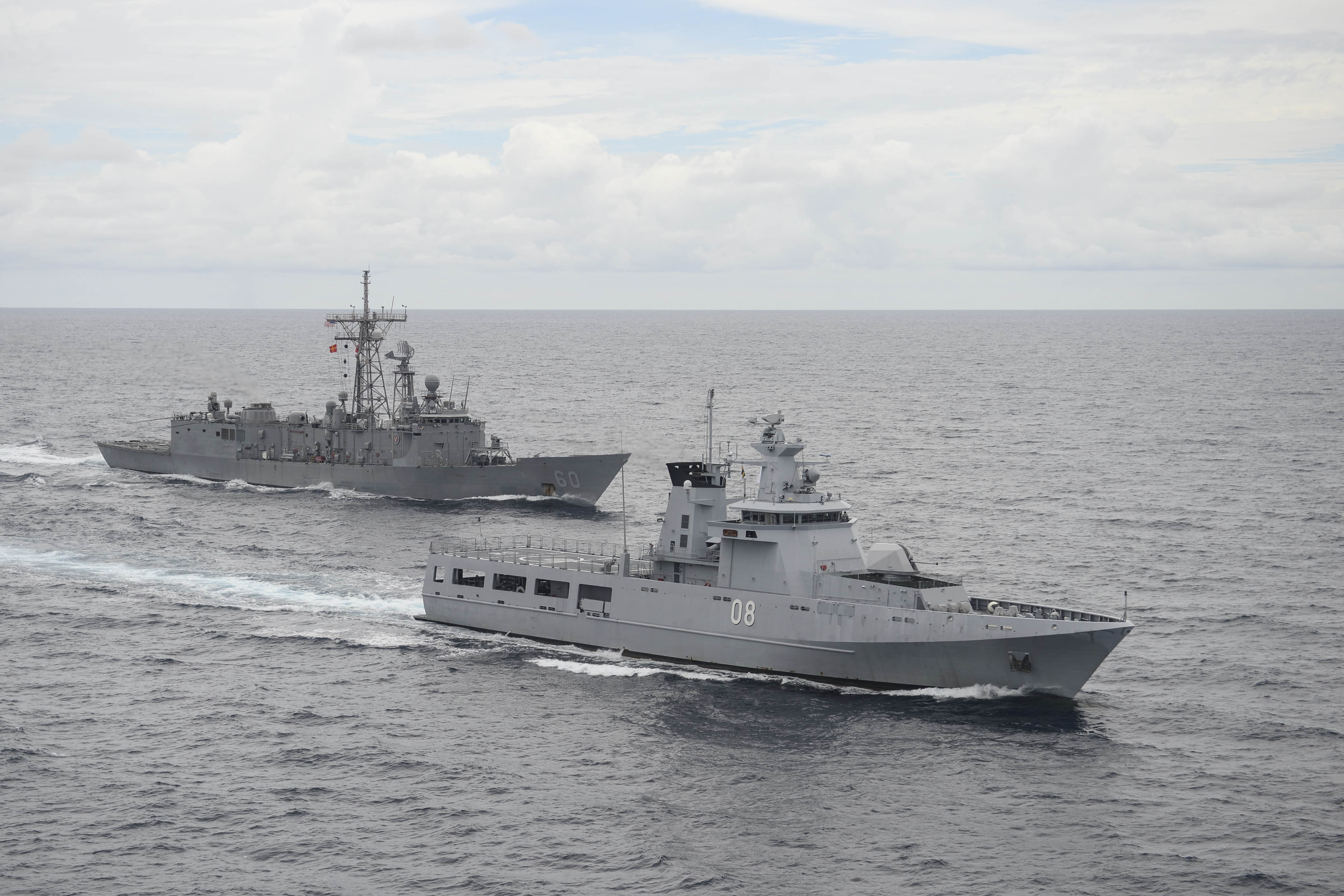 The ships assigned to the group could possess capabilities suited to humanitarian operations including medical facilities, ample fittings and stowage for small boats, robust communications capabilities, and operating endurance suited to long stretches at sea in the Indo-Pacific region. The flagship, at a minimum should possess facilities for air operations beyond a single rotary-wing aircraft. A refueling/replenishment platform would be a welcome addition to the group, but some host organization account would be required to allow nations to pay for the fueling costs of their respective ships.

Multinational standing maritime groups have facilitated positive relations over the course of fifty years in multiple locations and organizations. A Standing Indo-Pacific Maritime Group (SIPMG) could be the beginning of a similar period of understanding and cooperation in the Indo Pacific region.