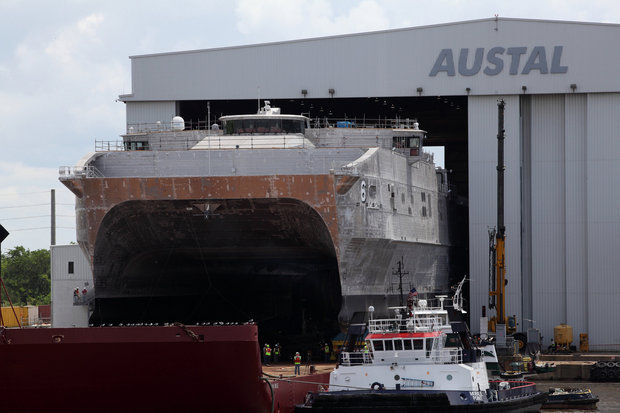 “Launch marks a major milestone for this ship as this is the first time it’s entered the water, signifying its readiness to prepare for tests and trials and eventual delivery,” said Capt. Henry Stevens, Strategic and Theater Sealift Program Manager, Program Executive Office, Ships. “This is a very busy time for the Navy and the shipbuilder as we continue to mark the major milestones that bring each ship closer to delivery and eventual in-service operations.”
The ship was christened earlier this month and the fifth JHSV, Trenton, completed acceptance trials in March.

Trenton (JHSV-5) will host the first at-sea test of the Navy’s electromagnetic railgun next year.