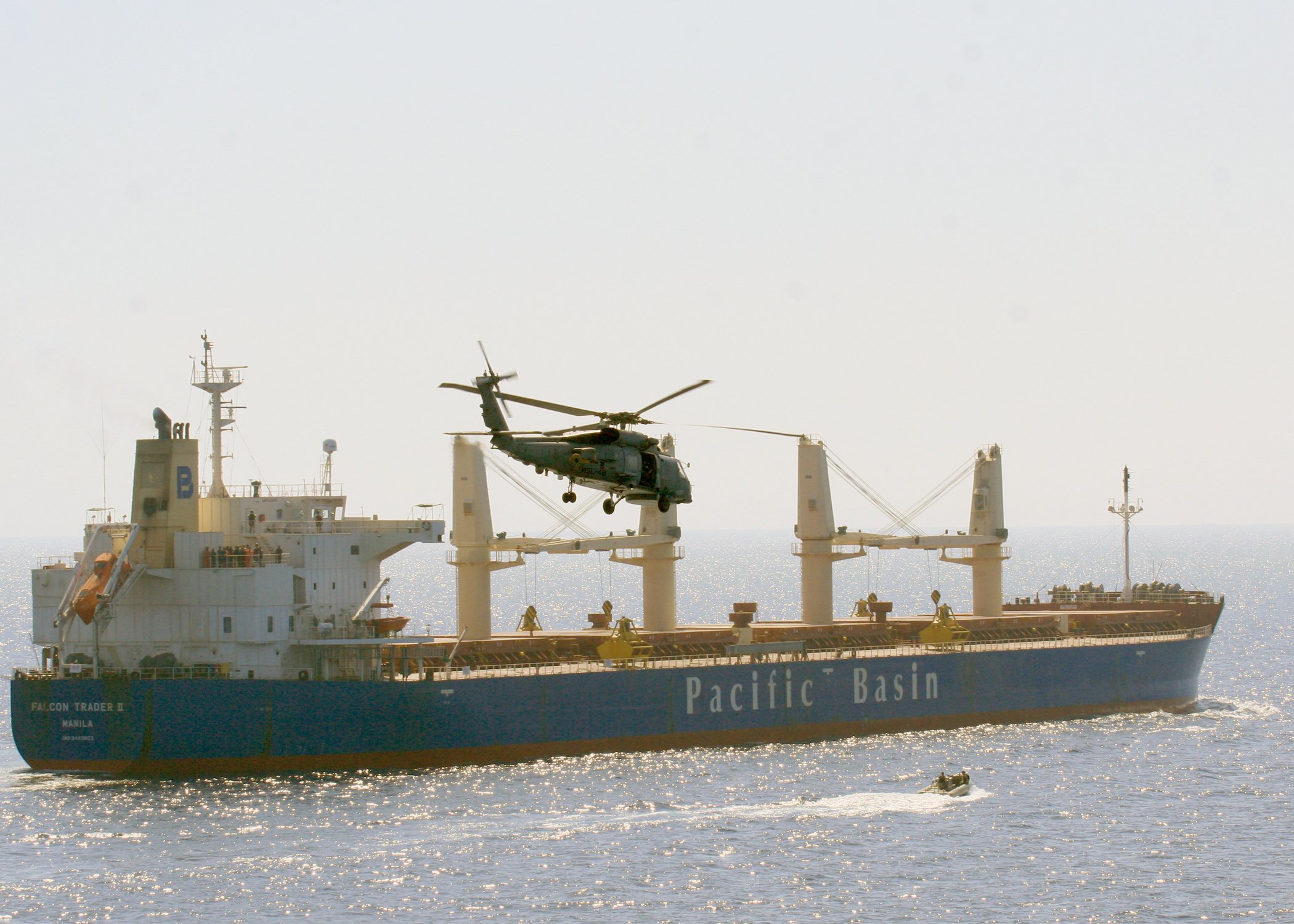 An SH-60B Sea Hawk helicopters from Helicopter Anti-Submarine Squadron Light (HSL) 48 embarked aboard the guided-missile cruiser USS Leyte Gulf (CG 55) and a rigid-hull inflatable boat from Leyte Gulf monitor the Philippine-flagged merchant vessel M/V Falcon Trader II, which had sent out a distress call reporting it had been boarded by pirates in March 2011. US Navy photo.

The House-passed National Defense Authorization Act creates a simpler path from a career in the Navy or Coast Guard to a career in the commercial maritime industry, a boon to both veterans and businesses.

Rep. Mark Takai (D-Hawaii) proposed an amendment that was accepted by House Armed Services Committee Democrats and Republicans that would help those who served primarily as mariners to take their skills to private industry.

Several efforts have emerged over the past few years to help military medics become EMTs, or military vehicle drivers obtain a commercial driver’s license, without having to start at the beginning of the training and certification process.

Takai’s amendment, a congressional staffer told USNI News, would apply this principle to the maritime industry, which is struggling to find qualified workers.

The amendment states that “to the greatest extent practicable … members of the armed forces whose duties are primarily as a mariner receive training opportunities necessary to meet the requirements for licenses, certificates of registry, and merchant mariners’ documents.” For those in shipboard engineering positions, the Navy and Coast Guard would create a “designated path to meet the requirements for such licenses, documents, and endorsement commensurate with their positional responsibilities.”

The staffer said the Navy and Coast Guard would be responsible for developing a plan to streamline their training with commercial licensing requirements to ensure men and women leaving the two services have a clear and simple path to a job in commercial shipping.

The amendment received support from HASC leadership as well as from the transportation and homeland security committees and from a variety of industry organizations and unions, the staffer said.

This measure was included in the final version of the bill the House passed on Friday and would be signed into law if the Senate agreed to it.