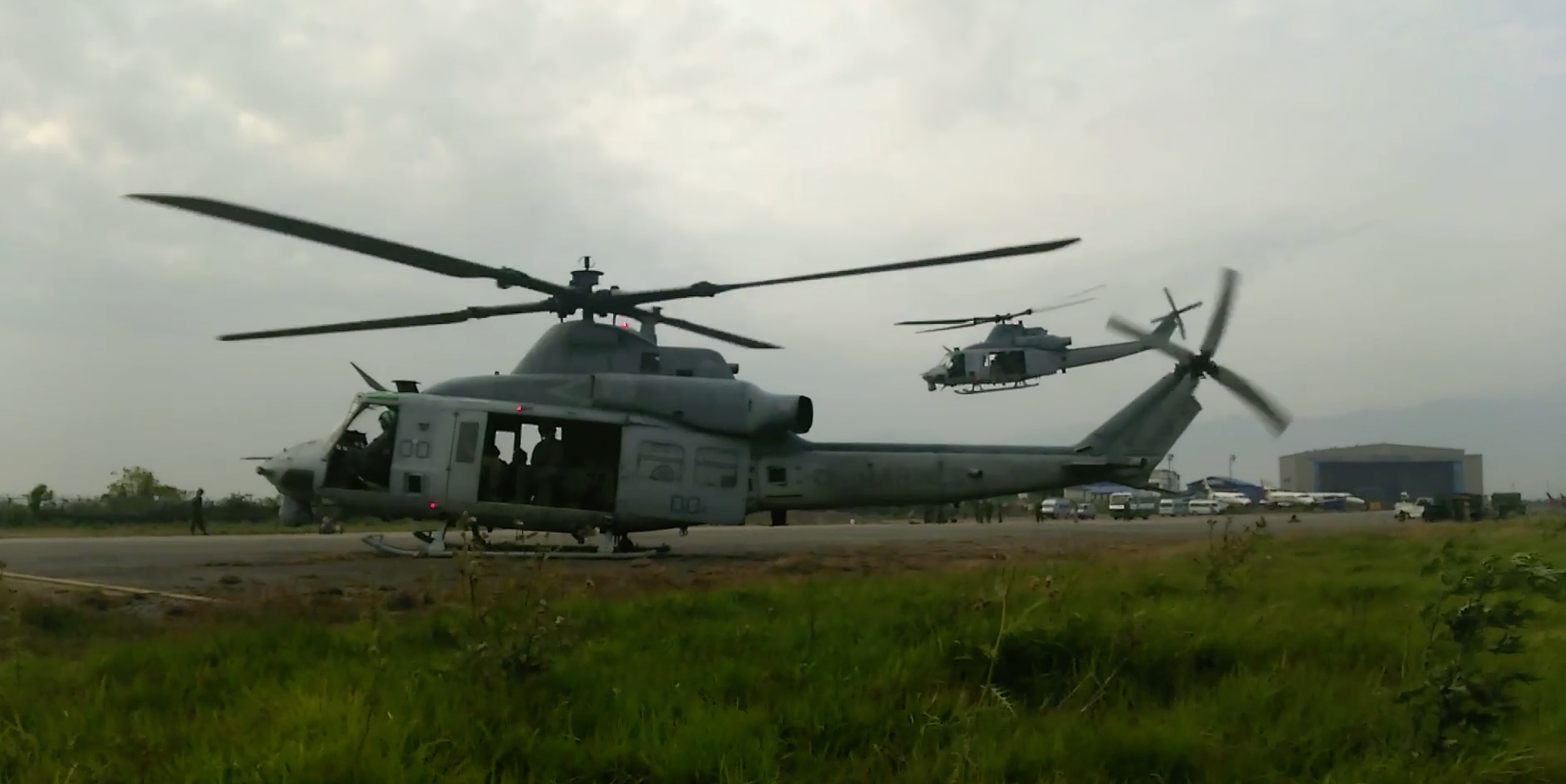 U.S. and Nepalese teams found eight sets of remains as they resumed recovery efforts Saturday of the UH-1Y Huey helicopter that crashed in Nepal on Tuesday, presumably killing the six Marines and two Nepalese soldiers aboard.

Eight separate sets of remains have been discovered since the recovery effort began, according to a Joint Task Force 505 statement May 16. They have yet to be positively identified. Additionally, the cause of the mishap has not been determined.

Military officials, as of 11 a.m. Saturday Pacific time, had not yet released the names of the victims. The Marine helicopter belonged to Marine Light Attack Helicopter Squadron 469, based at Camp Pendleton Marine Corps Base in California.

The recovery effort resumed at 6:30 a.m. Saturday local time about eight miles north of Charikot, in the Dolakha district of Nepal, according to JTF-505. Nepalese special forces, U.S. Marines, and Air Force pararescuemen were inserted near the wreckage site and worked together to gather information about the helicopter and its crew, the command said.

The Huey went missing May 12 near Charikot while helping deliver humanitarian aid to those affected by the recent earthquakes in an area about 85 miles east of the capital city, Kathmandu. The helicopter was part of JTF-505 conducting humanitarian assistance in Nepal after a 7.8-magnitude earthquake struck April 25.

U.S. military crews participating in Operation Sahayogi Haat have continued to provide aide to the affected region even as recovery teams searched for the missing helicopter. The U.S. and Nepalese service members aboard the Huey “were determined to go forward with their duties, eager to contribute to our mission to alleviate suffering and come to the rescue of those in need,” U.S. Marine Lt. Gen. John E. Wissler, the Joint Task Force 505 commander, said during a May 15 press conference. “The United States military will remain committed to our mission here in Nepal.”

A UH-1Y Huey arrived in Nepal today to replace one of the two remaining Hueys deployed May 16 in support of Operation Sahayogi Haat. A second UH-1Y is expected to arrive in Nepal May 17 to replace the other remaining Huey. Officials said the aircraft are scheduled for routine maintenance and the arrival of the new helicopters ensures uninterrupted support for the humanitarian assistance mission.

The crew and helicopter that crashed in Nepal had been detoured there while participating in Balikatan 2015, a large-scale joint military exercise underway in the Philippines.

The site assessment was continuing and a thorough investigation will be done to determine why the helicopter crashed.