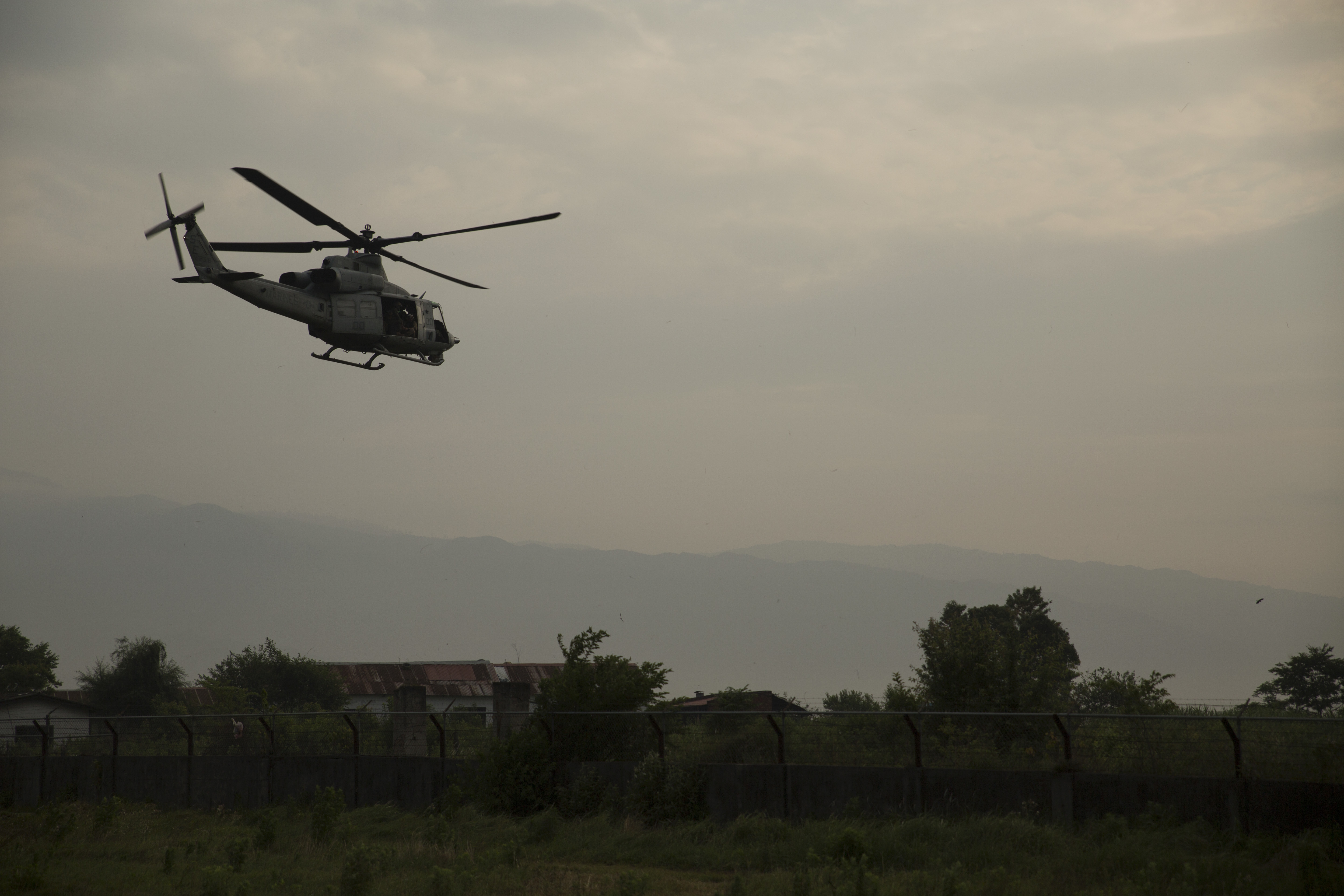 A UH-1Y Huey helicopter takes off for a search and rescue mission from the Tribhuvan International Airport in Kathmandu, Nepal, May 13, to find the missing UH-1Y Huey assigned to Marine Light Attack Helicopter Squadron 469, carrying six Marines and two Nepalese soldiers. US Marine Corps photo.

American and Nepalese forces are still searching for a missing Marine Corps UH-1Y helicopter with six Marines and two Nepalese soldiers onboard.

The helicopter was declared missing on Tuesday while on a mission to deliver humanitarian aide to earthquake victims about 85 miles east of the capital Kathmandu. The Marines onboard were part of Joint Task Force 505, set up after a 7.8-magnitude earthquake hit on April 25.

Eastburn said told USNI News that, contrary to some reports, the helicopter had still not been located despite ground crews searching last night and aircraft searching since daybreak.

The missing Huey had been delivering aid and evacuating casualties from the spate of earthquakes that have shaken the region since late April. A 7.3-magnitude earthquake hit on Tuesday near Mount Everest, and the Marines were operating in Charikot, about halfway between the earthquake’s epicenter and Nepal’s capital, Kathmandu.

The following is the full statement from PACOM spokesman Maj. Dave Eastburn:

Also, one Huey was fitted with hoist prior to departure enabling the aircraft to reach locations where the terrain prohibits landing.

Once the pair of Hueys completed their search, they returned to Kathmandu where two MV-22 Osprey tilt-rotor aircraft took off and continued the efforts. This pattern will continue all day.

JTF-505 has multiple aircrews available to ensure they can maximize the time in the air searching for the missing Huey.

We remain optimistic in our efforts.