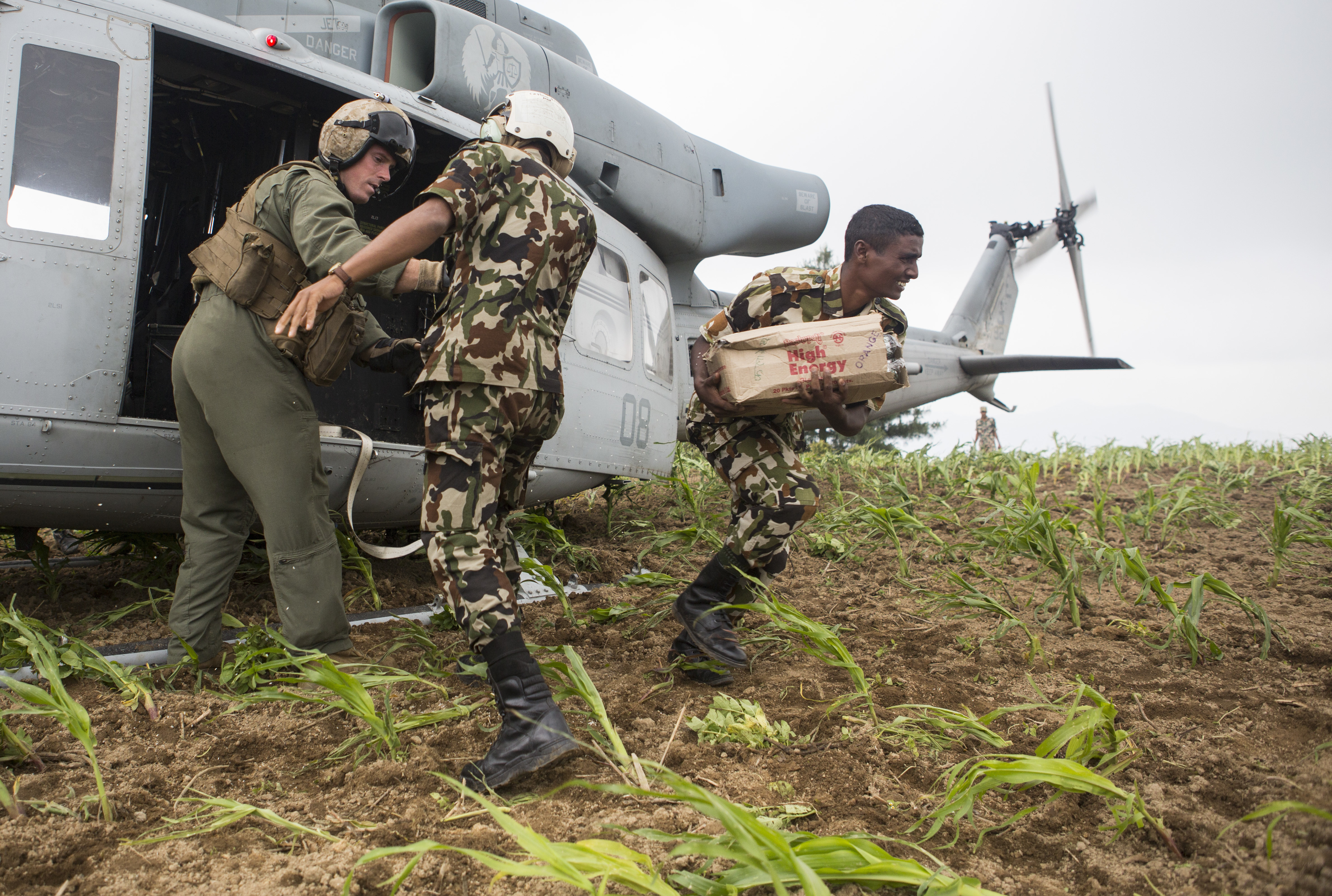 Nepalese army soldiers unload aid and relief supplies, delivered by Joint Task Force 505, from a UH-1Y Venom in the Kavrepalanchowk District, Nepal, May, 11, during Operation Sahayogi Haat. One of the Marines’ Hueys went missing on May 12. US Marine Corps photo.

Nepalese ground forces are in the vicinity of the helicopter’s last known location searching for the aircraft and crew, and U.S. and Nepalese aircraft will begin an aerial search at daybreak, Eastburn added.

PACOM stood up Joint Task Force 505 to respond to the earthquake, and among the Marine assets involved were four MV-22 Osprey tilt rotor aircraft and three UH-1 helicopters to transport assessment teams and deliver aid, according to Defense Department and USNI News releases.

Another earthquake, this one 7.3 magnitude, struck today around 12:35 p.m. local Nepal time. The helicopter went missing around 7 p.m. local time.

The following is the full statement from PACOM:

On May 12, at approximately 10 p.m. JST, a UH-1Y Huey with Marine Light Attack Helicopter Squadron 469 in support of Joint Task Force 505 was declared missing while supporting Operation Sahayogi Haat.

There were six U.S. Marines and two Nepalese service members aboard. At this time, the status of those manifested on the flight is unknown.

JTF 505 personnel are responding to the emergency. There are Nepalese military forces on the ground in the vicinity of the last known location, searching for the missing aircraft. U.S. and Nepalese aircraft will begin aerial search procedures at daybreak.