70 years ago today, Allied Forces in World War II declared victory in Europe. It would take another three months to defeat Japan in the Pacific, but Europeans who had endured nearly six years of war celebrated VE-Day. On the 70th anniversary of VE-Day, Arsenal of Democracy organized a World War II plane flyover, featuring formations of bombers, fighters, trainers and more, arranged to represent the chronological progression of the war. 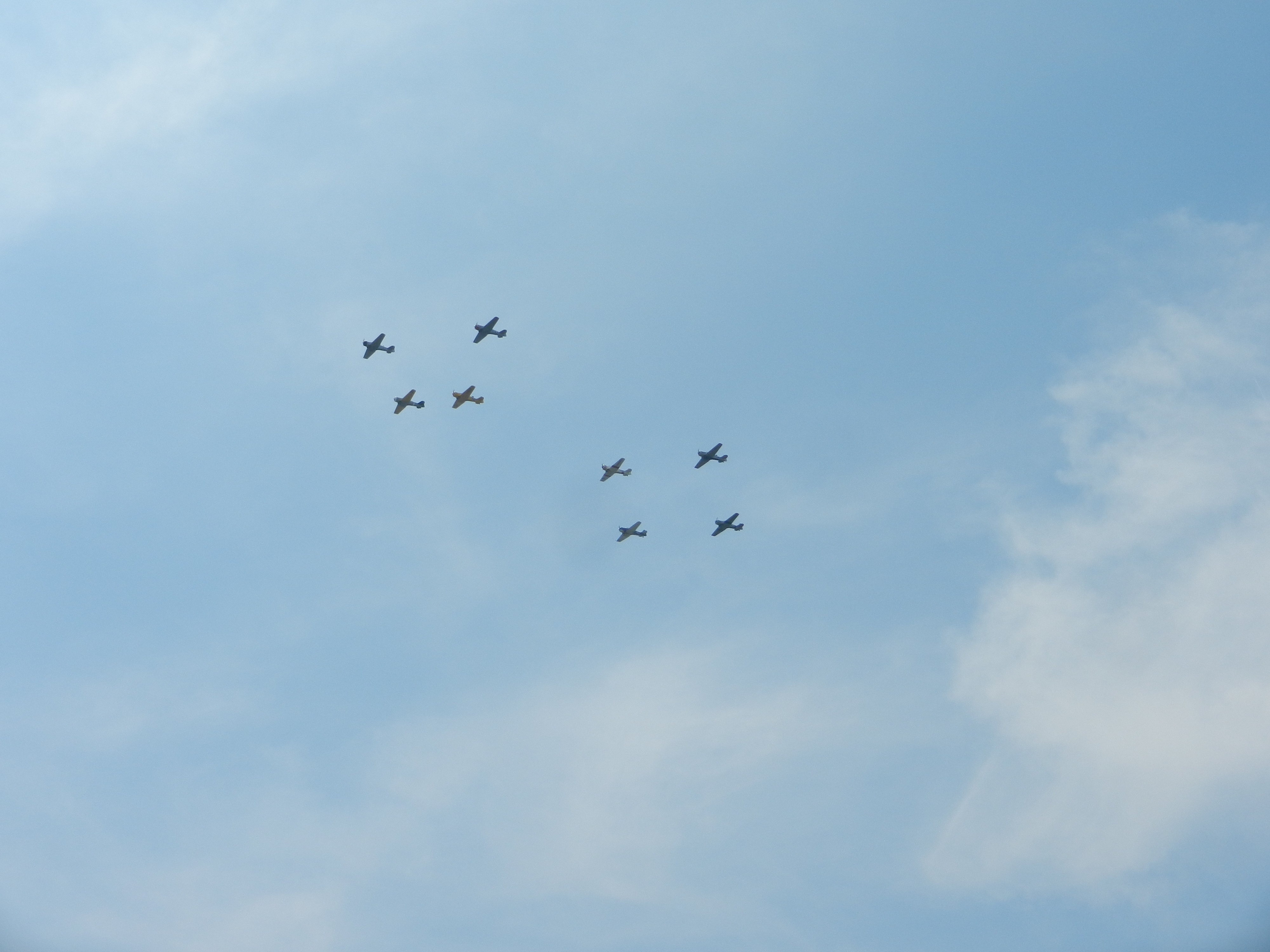 A formation of AT-6/SNJ trainers that taught pilots how to fly and shoot. . 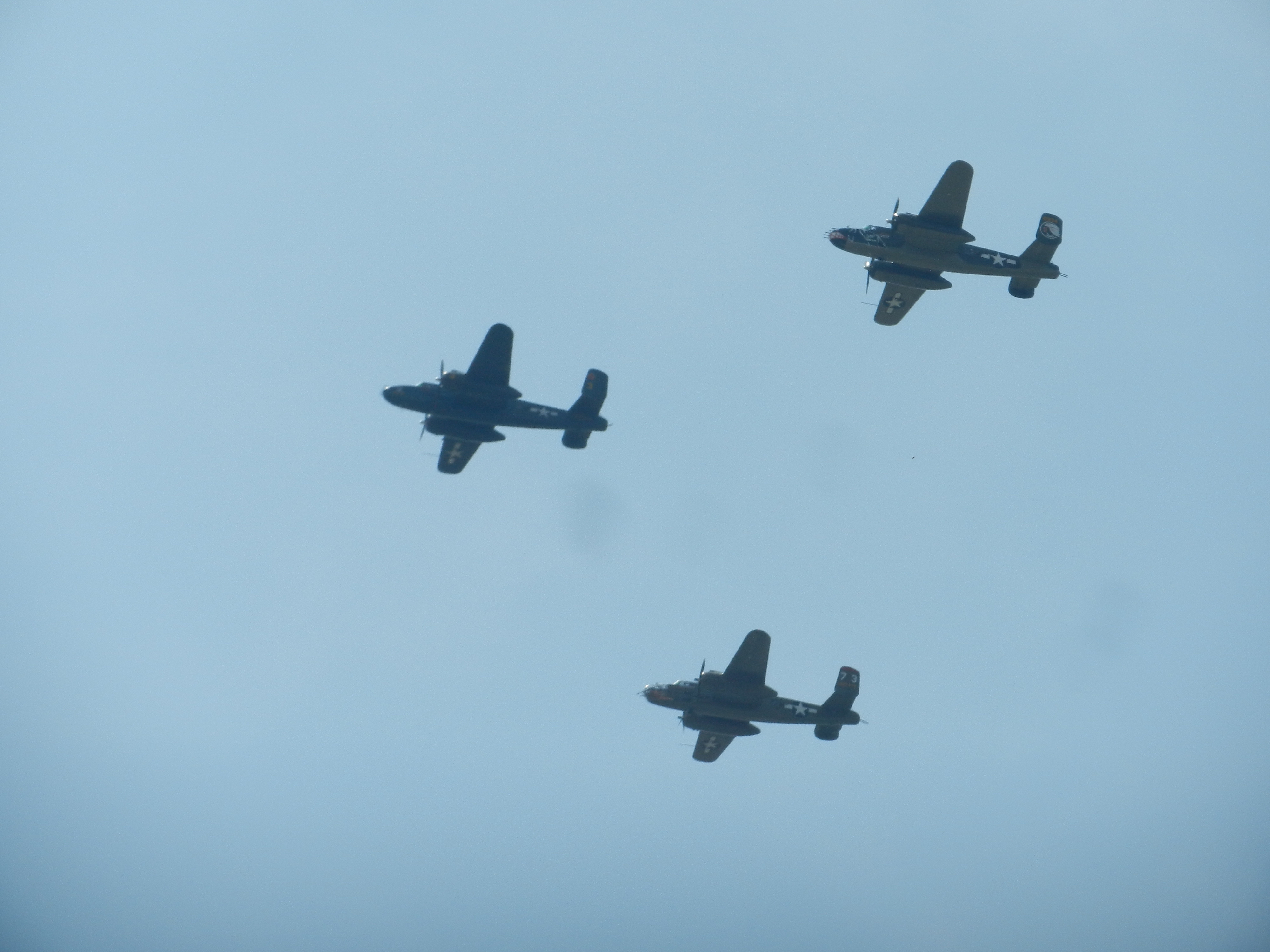 A formation of North American B-25 Mitchell twin engine medium bombers, famous for their effort in the Doolittle Raid. 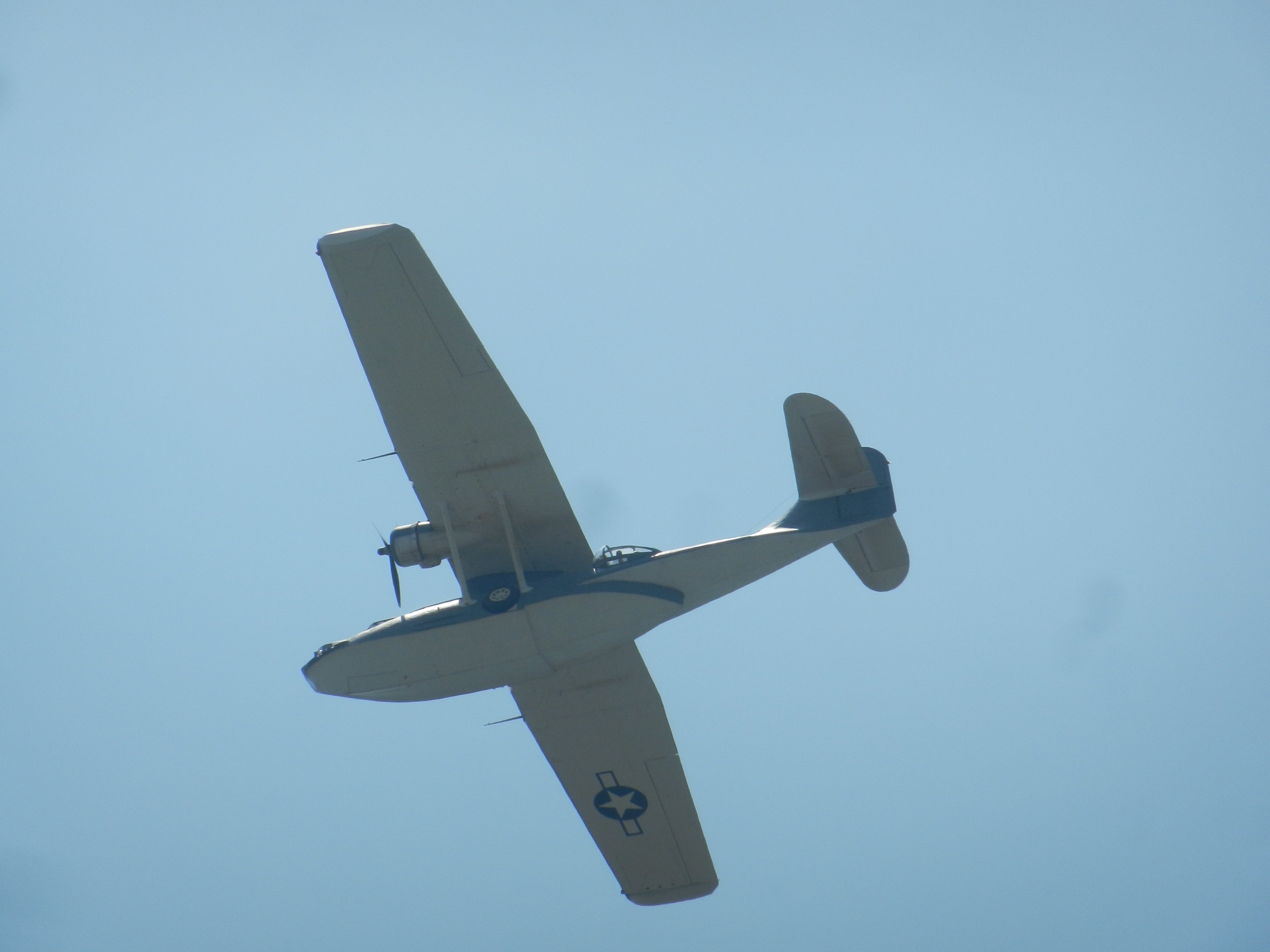 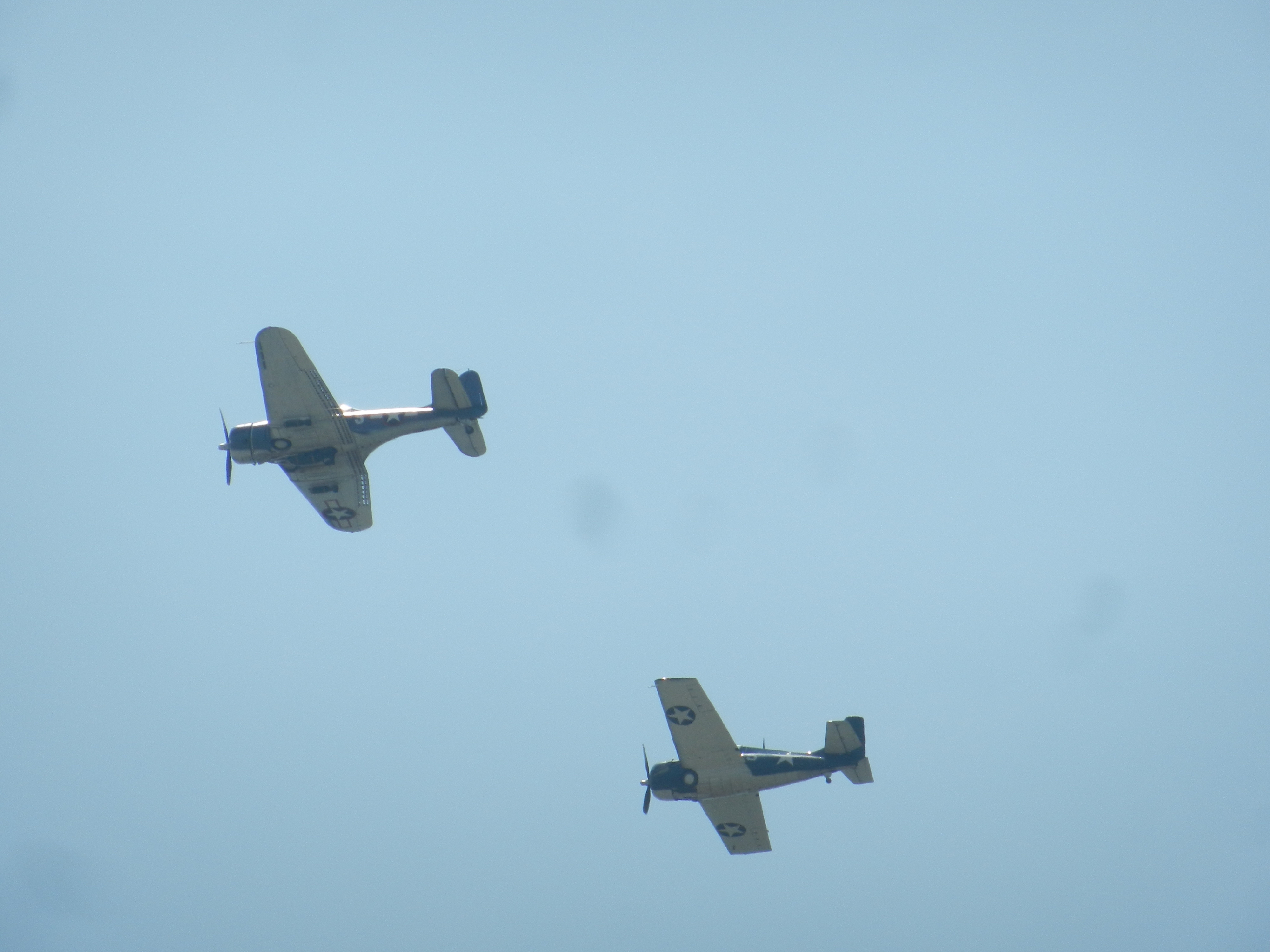 A Grumman F4F Wildcat and Douglas SBD Dauntless fly side by side. The Wildcat was considered to be a less capable fighter than the comparable Japanese Zero, but naval aviators’ tactics made up for any shortfalls in the platform. The Dauntless bombers sank four Japanese carriers in the Battle of Midway. 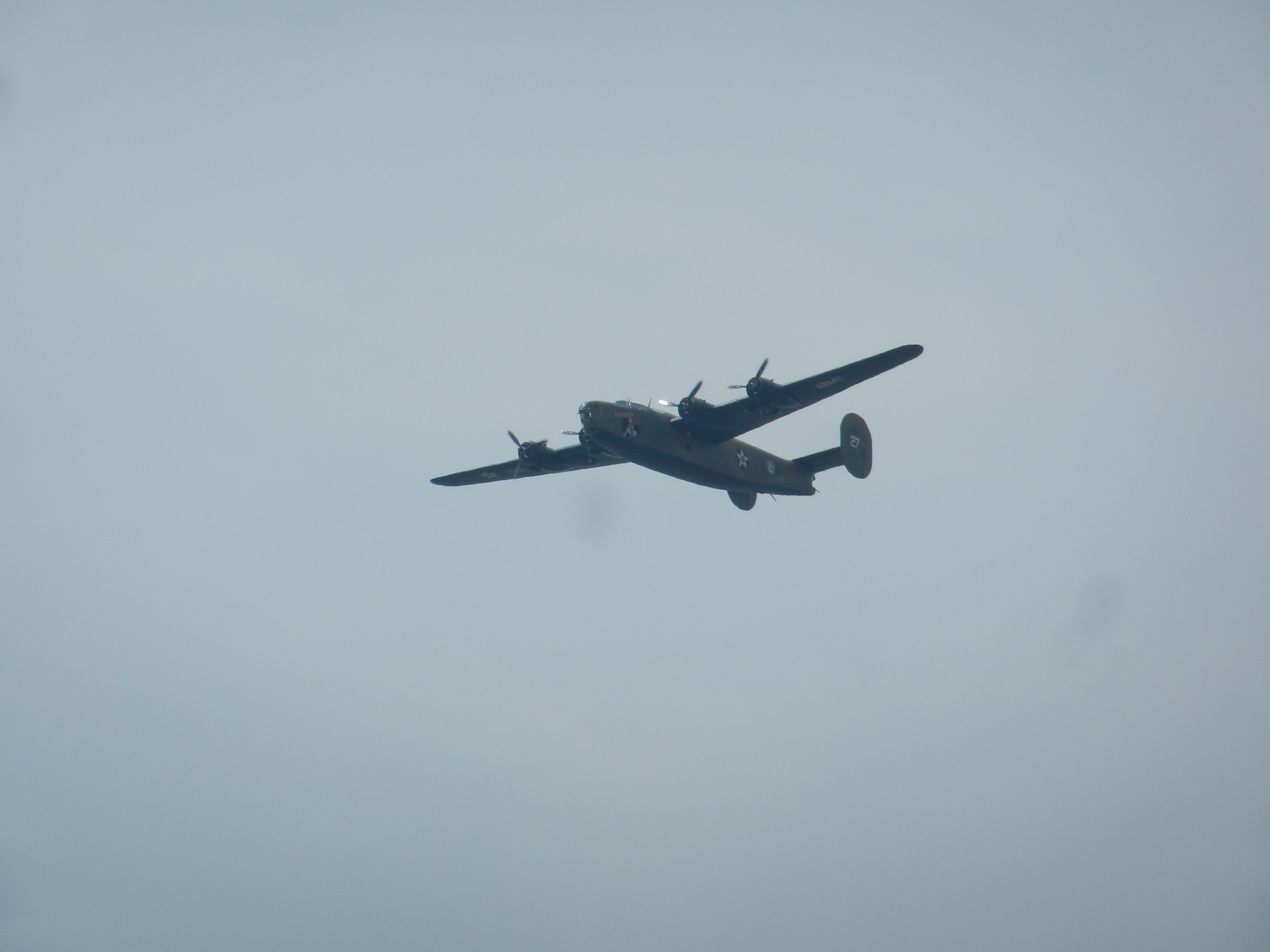 A Consolidated B-24 Liberator bomber. 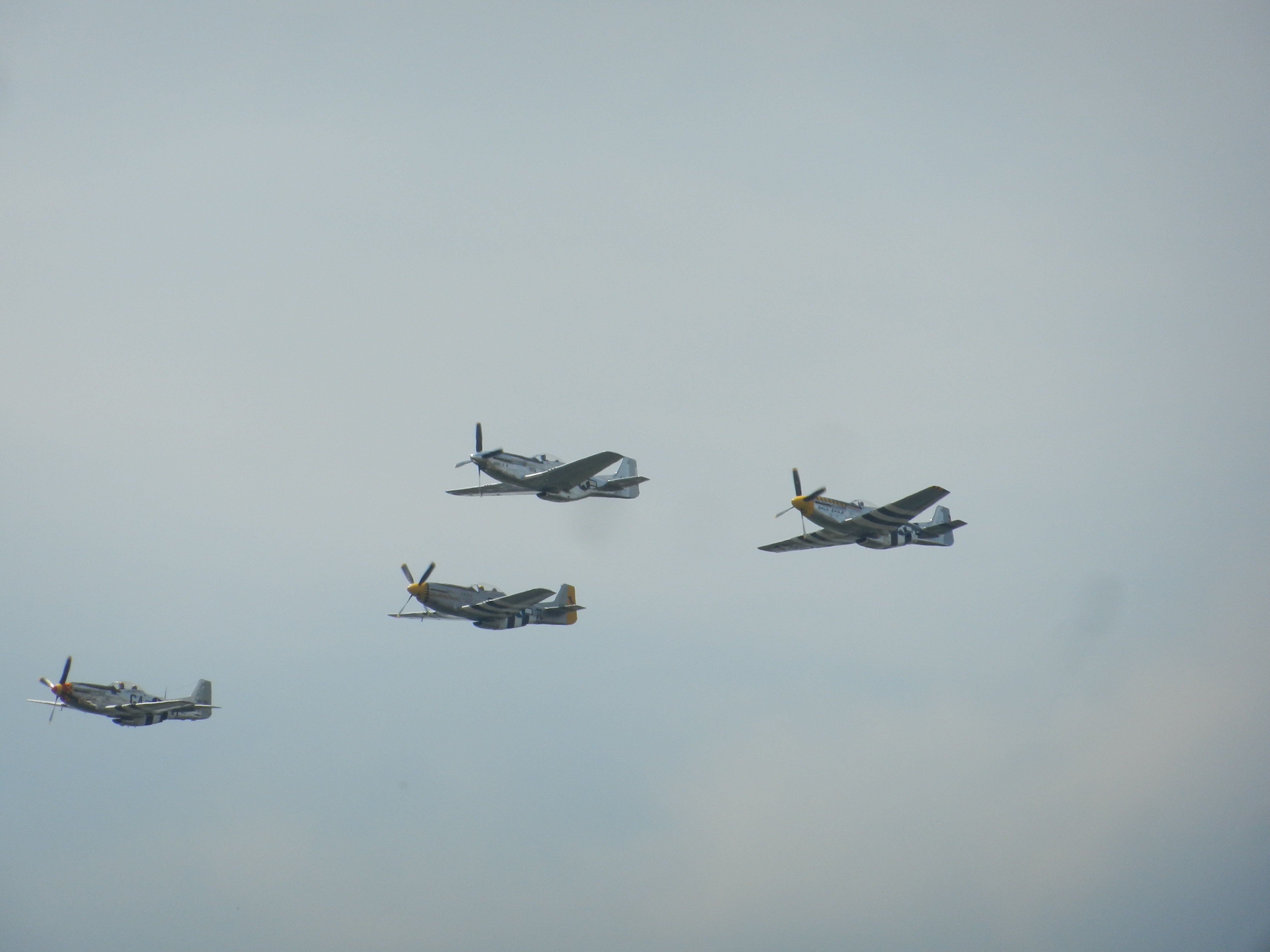 A formation of North American P-51 Mustang fighter escorts, considered one of the best fighter escorts in the war and among the most well-known World War II-era aircraft. 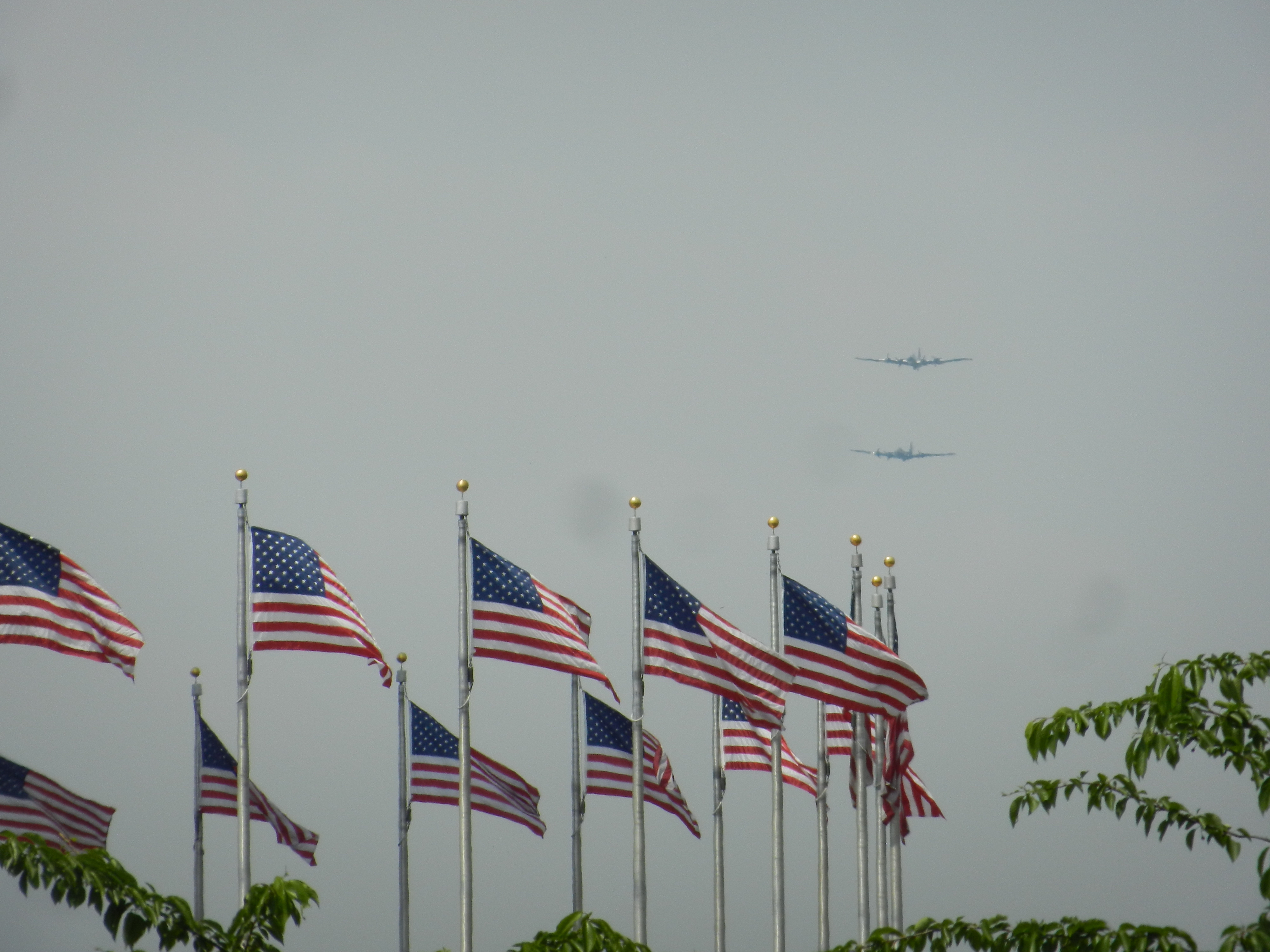 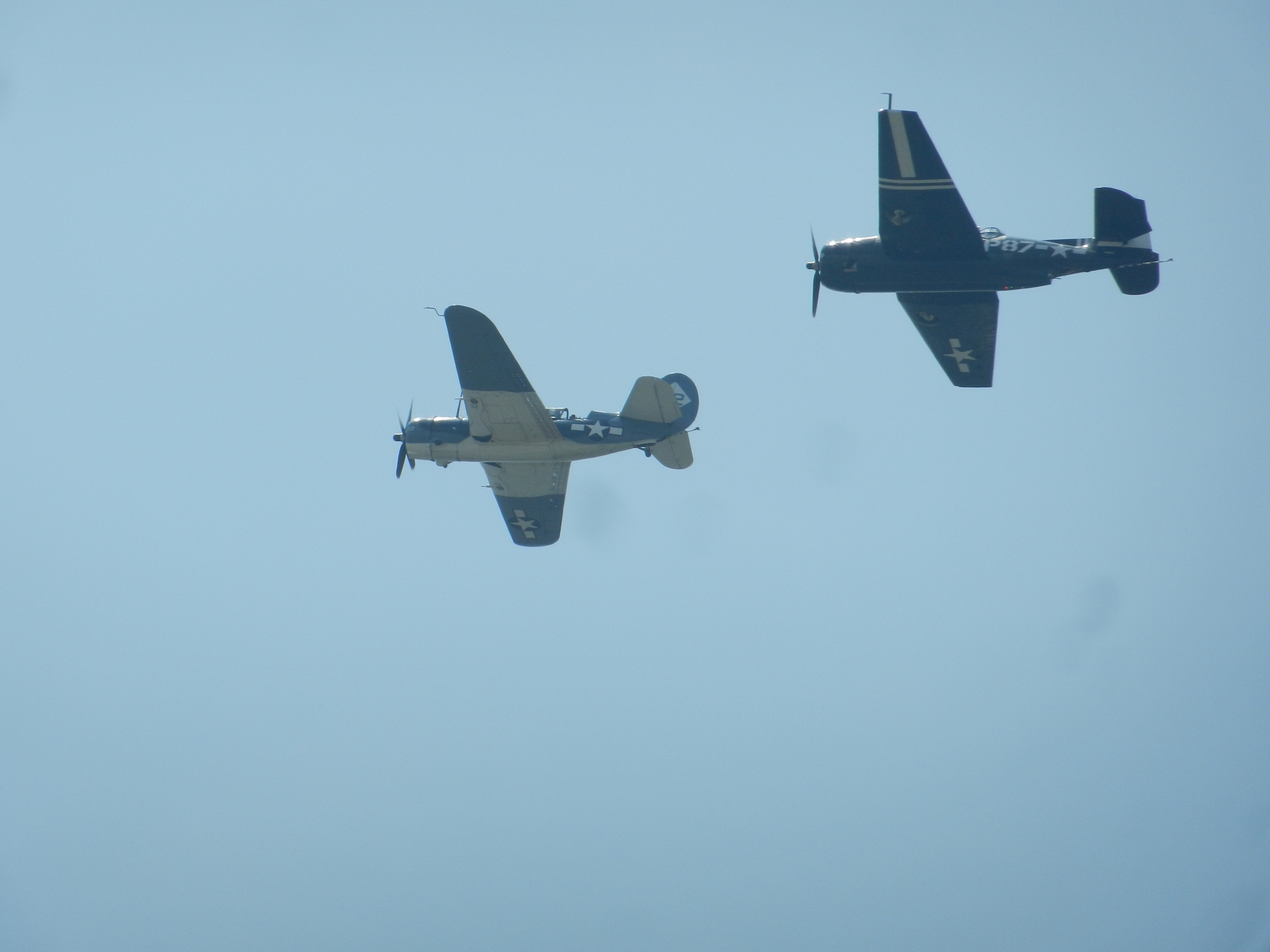 A Grumman TBM Avenger and Curtiss SB2C Helldiver. The Avenger was a carrier-based torpedo bomber that went after Japanese ships and submarines, and the Helldiver was the Navy’s last diver. 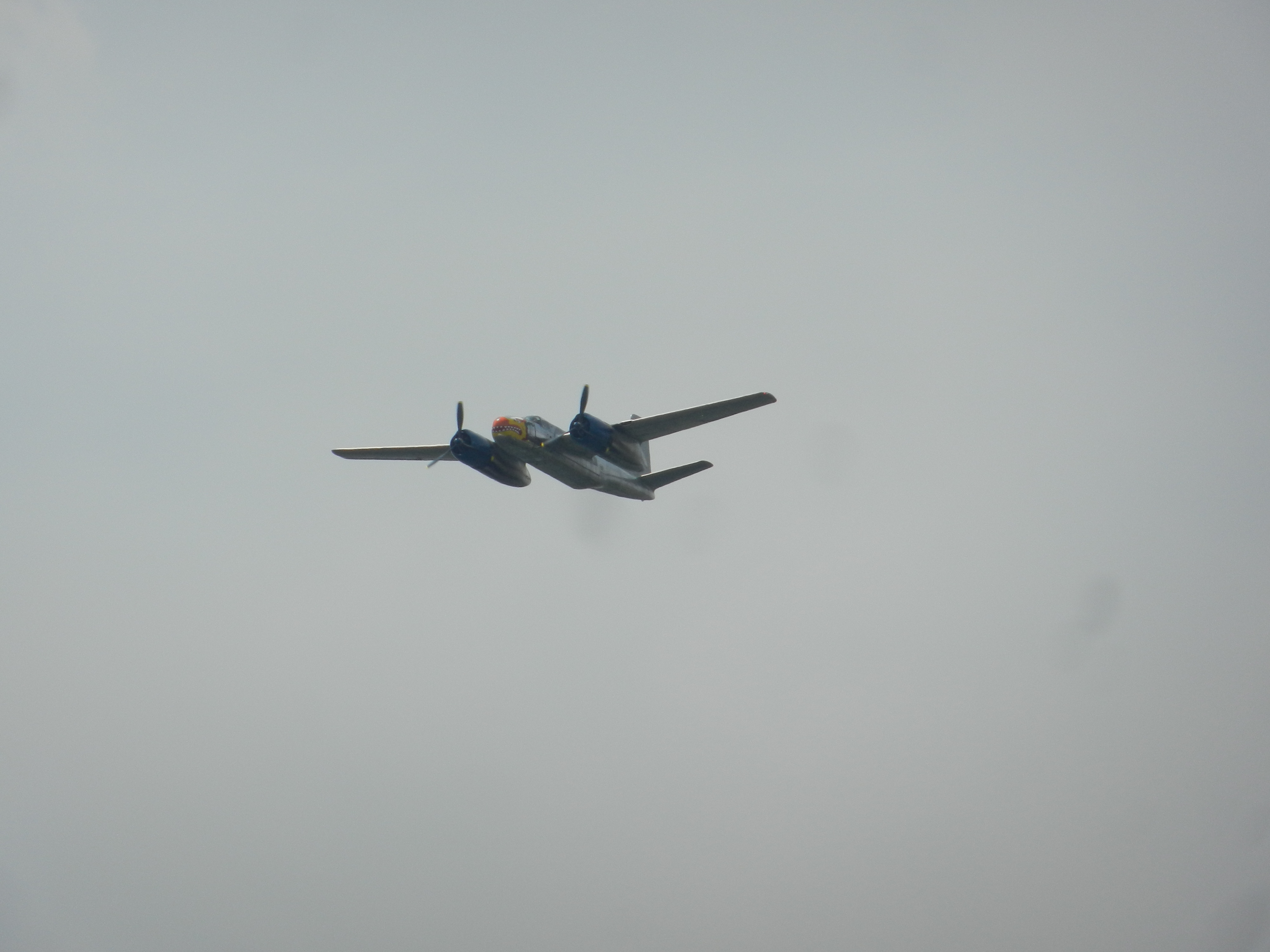 A Douglas A-26 Invader, the fastest American bomber of the war. 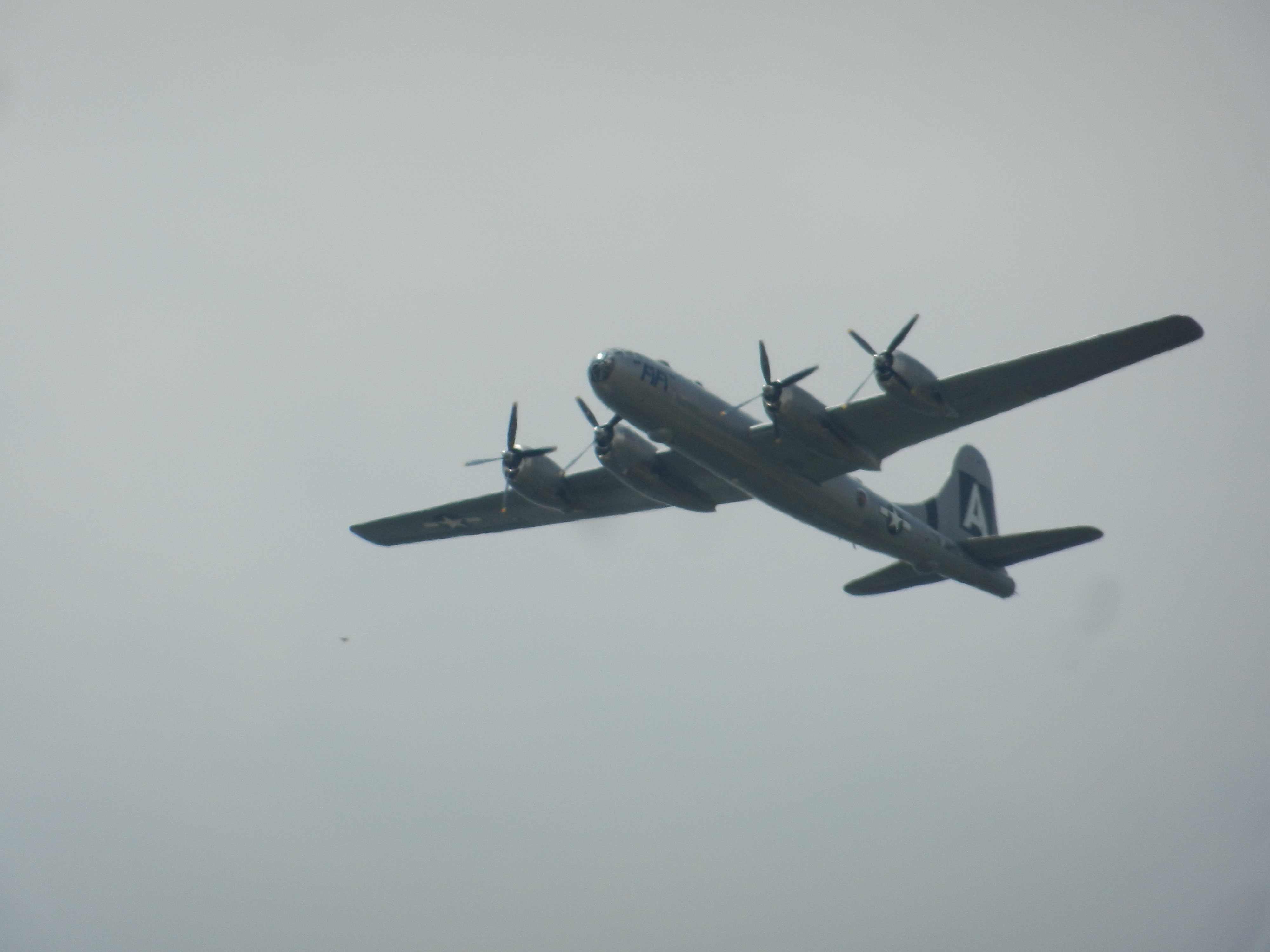 The Boeing B-29 Superfortress bomber is the only bomber to have ever dropped an atomic bomb in combat. The B-29 ended World War II when it dropped two atomic bombs on Japan in August 1945.