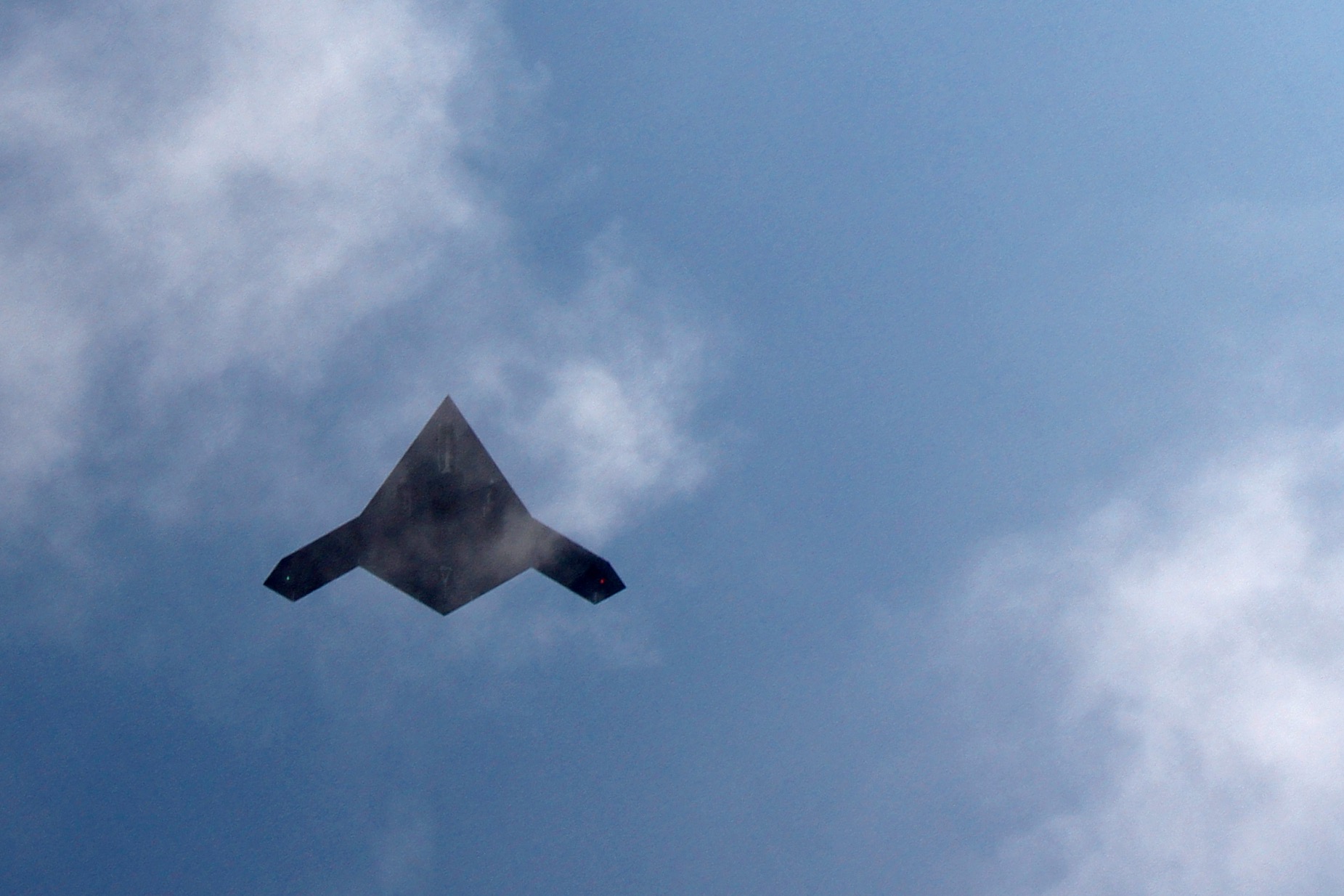 Rep. Randy Forbes (R-Va.) wants to keep the Navy’s two X-47B Unmanned Combat Air System Demonstrators (UCAS-D) flying instead of sending the two unmanned vehicles to a museum or long term storage, according to a Thursday letter to Secretary of the Navy Ray Mabus obtained by USNI News.

NAVAIR officials have said the X-47B would be too different from its plans for the follow-on airframe for the Unmanned Carrier Launched Surveillance and Strike (UCLASS) program and making changes to Salty Dogs 501 and 502 would be too expensive.

“The Navy has told my subcommittee that there is minimal value in extending the UCAS-D program, as the X-47B demonstrators bear little resemblance to the aircraft required for the UCLASS program,” wrote Forbes, chair of the House Armed Services Subcommittee on Seapower and Projection Forces, to Mabus.
“Even if the Navy’s vision and requirement for UCLASS remain unchanged, I suspect that some further use might yet be found for these two highly capable platforms as unmanned testbeds or as surrogates for other systems.”

While NAVAIR has been adamant about shutting down the UCAS-D program, Navy leadership is still considering options for the Salty Dogs, a Mabus spokesperson told USNI News on Thursday.

“We continue to evaluate the cost/benefit of conducting additional testing with the X-47B,” read a statement from Mabus’ office.
“We want to ensure we have explored the capabilities of this unmanned aircraft while maintaining the ability to have an appropriate level of competition for the UCLASS air segment.”

NAVAIR had previously announced the end of the X-47B test program in 2013 after Salty Dog 502 had successfully trapped onboard carrier USS George H.W. Bush (CVN-77), marking the first time an unmanned vehicle had successfully executed a carrier arrested landing.

However, testing continued beyond the landing at the behest of Navy leadership, USNI News understands.

“I remain concerned that the bureaucratic and cultural obstacles to exploiting the full potential of unmanned technologies will be harder for us to surmount,” he wrote.

The development of UCLASS requirements have been among the most divisive in any recent Navy acquisition program following a dramatic shift in the trajectory of the Navy’s unmanned future.

The original vision for a carrier-based UAV called for a penetrating strike and stealthy strike platform that would be able to move through enemy air defense networks and extend the lethal range of the carrier strike group (CSG) by hundred of miles.

That plan changed around 2011 when the need for an alternative to Afghanistan basing for unmanned strike platforms for counter terrorism missions became a major administration concern. The original UCAS concept shifted to UCLASS as primarily a hedge against losing the Afghan bases as part of the partial 2014 U.S. withdrawal.

The subsequent UCLASS concept — still NAVAIR’s current vision — is positioned to be a much cheaper, highly efficient and lightly armed surveillance platform for the carrier strike group.

However, since shift in the program, the U.S. has secured basing rights for the U.S. Air Force’s remotely piloted General Atomics MQ-1 Predators and MQ-9 Reaper UAVs — negating the administration’s urgent need for a carrier-based counter terrorism platform.

The Pentagon is currently revaluating the requirements for the air segment of UCLASS as part of a Department of Defense-wide unmanned aerial vehicle (UAV) strategic program review (SPR, pronounced spear) due out later this year.

“As you are well aware, however, those requirements are currently under review and could change significantly,” Forbes wrote to Mabus.

In addition to asking Mabus to extend the X-47B testing program, Forbes also praised the Mabus creation of a new deputy assistant secretary of the Navy position for unmanned systems and a new Navy staff position — alongside warfare directorates like surface and air warfare — N-99.

“I strongly believe that these revolutionary but disruptive technologies need to be coordinated and championed by leaders inside (as well as outside) the Navy and I hope these new positions will empower generations of individuals to do just that,” Forbes wrote.

Mabus has been a champion for using more unmanned systems in the service.

“Unmanned systems, particularly autonomous ones, have to be the new normal in ever-increasing areas,” Mabus said in mid-April.
“For example, as good as it is, and as much as we need it and look forward to having it in the fleet for many years, the F-35 should be, and almost certainly will be, the last manned strike fighter aircraft the Department of the Navy will ever buy or fly.”

On Thursday, he reiterated the point in a speech at the National Press Club in Washington, D.C.

Mabus said he looked forward to bringing unmanned platforms into the carrier air wing to do intelligence, surveillance and reconnaissance, strike and monotonous tasks like refueling.
And, he said, if the United States doesn’t pursue the technology as quickly as possible, someone else will.
“If you’re a 10 year old who wants to be a naval aviator, you’re going to get to be a naval aviator for a career, because we’ll have manned aircraft for that long,” he said.

“But if you’re born in a couple of years, you may not be in that manned aircraft. But you can still be a naval aviator, it’ll just be in a different way.”