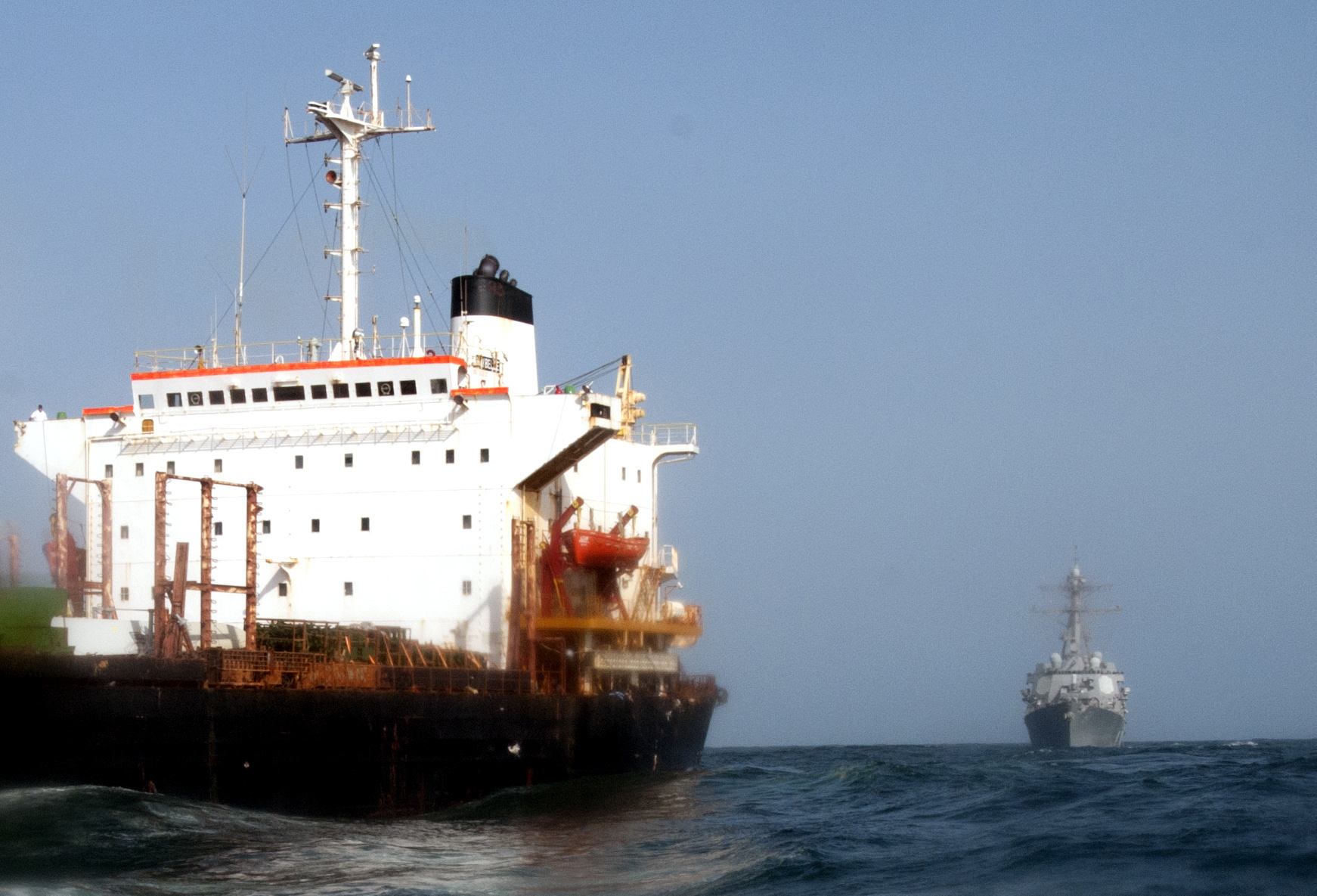 The official did not name any ships specifically to be used for the mission, but said U.S. Naval Forces Central Command (NAVCENT) “would assign forces as they deem necessary” to “prevent harassment and possible interdiction by possible IRGCN costal patrols,” the official said.

The official did not give a timeline on the length of the mission.

Since Tuesday, U.S. warships have monitored Maersk Tigris at anchor near the Iranian port at Bandar Abbas

The move from NAVCENT comes two days after IRGCN patrol boats seized the cargo ship M/V Maersk Tigris for a previous Iranian legal claim against the Danish shipping line, according to a Thursday statement from Iran’s Port and Maritime Organization.

“Maersk officials said in a statement on Thursday that the ship had been stopped because of a dispute over 10 containers that were shipped from Iran to the United Arab Emirates in 2005,” reported The New York Times on Thursday.

Though Iran claims the legal dispute is the sole reason for the seizure, some experts aren’t so sure.

“Iran’s actions against the Maersk Tigris appear to be part of an effort to demonstrate to both its internal population and an external worldwide audience that despite ongoing nuclear negotiations with the west, its military and maritime forces have not gone soft, and that the country is still able to disrupt shipping in the region if it so desires,” Eric Wertheim author of U.S. Naval Institute’s Combat Fleets of the World, told USNI News on Wednesday.

The IRGCN is separate from the regular Iranian Navy and closely tied to the country’s sectarian Islamic hierarchy.

The group has been responsible for costal defense around the Strait of Hormuz and the Persian Gulf since 2007.