Officials are puzzled with the inconsistent statements from the Iranian government and state controlled media sources on the justification for the capture of the ship in an internationally recognized shipping channel near the Strait of Hormuz, U.S. Army Col. Steve Warren said.

“The Iranians have given several different and differing reasons for their actions,” Warren said.
“They’ve said it was some sort of security inspection, later they said there was some economic reasons. The Iranians have not been clear on why they have done this.”

In response to the taking of the ship on Tuesday by Iran’s Islamic Revolutionary Guard Corps Navy patrol boats, U.S. Central Command (CENTCOM) has ordered a Navy guided missile destroyer and three Cyclone-class patrol craft to monitor the situation.

Destroyer USS Farragut (DDG-99) and forward deployed PCs, USS Thunderbolt, USS Firebolt and USS Typhoon are “in close enough proximity to Maersk Tigris that they will be able to respond if a response is required,” Warren said.

Marshall Islands is an American protectorate and the U.S. is responsible for its defense and the defense of vessels under its flag.

“The United States has full authority and responsibility for security and defense matters in or relating to the Republic of Marshall Islands, to include matters relating to vessels flying the Marshallese flag,” read a Tuesday statement from the Pentagon.

The U.S. is now in contact with the government of the Marshall Islands “on a way ahead,” he said.

Different from the regular Iranian Navy, the IRGCN was given responsibility for operations in the Persian Gulf and monitoring activity in the Strait of Hormuz.

“Because Iran’s naval doctrine is based upon access denial, the realignment of IRIN assets further into the Gulf of Oman and the concentration of IRGCN fast boats, suicide boats, and coastal defense cruise missiles in the Strait of Hormuz and Persian Gulf better allow Iranian naval assets to contribute to and extend Iran’s layered defense strategy,” according to an Office of Naval Intelligence (ONI) report. 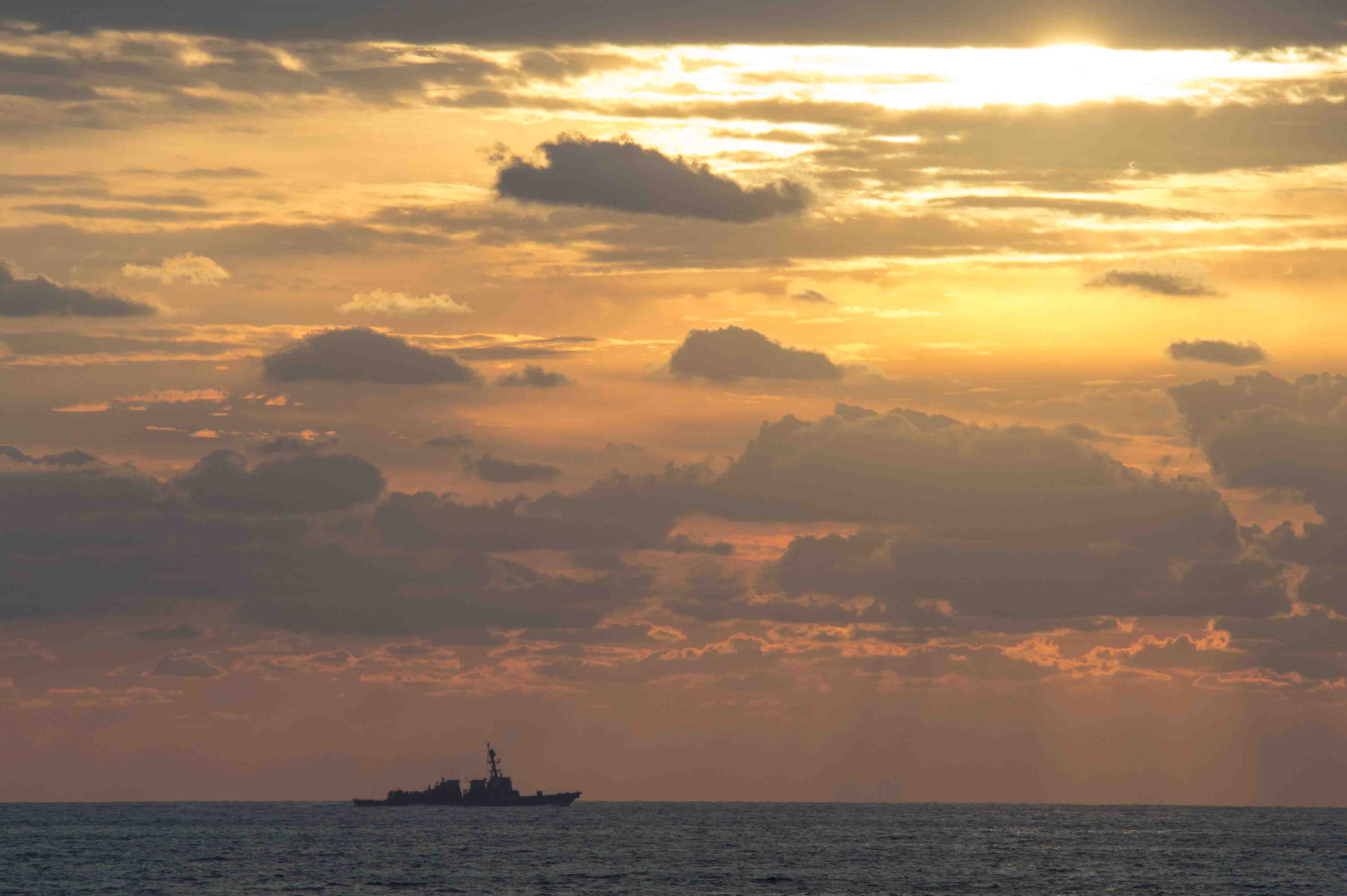 Though Iran has denied it, there is a likely political implication to the seizure of Maersk Tigris, Eric Wertheim author of U.S. Naval Institute’s Combat Fleets of the World, told USNI News on Wednesday.

“Iran’s actions against the Maersk Tigris appear to be part of an effort to demonstrate to both its internal population and an external worldwide audience that despite ongoing nuclear negotiations with the west, its military and maritime forces have not gone soft, and that the country is still able to disrupt shipping in the region if it so desires,” he said.
“The incident also increases tension in the region, which has the secondary effect of increasing oil prices, helping provide a potential boost to the Iranian economy. It remains unclear, however, if this is a concerted effort directed from the top, or merely a smaller hardcore element of the government or IRGCN or military taking these steps.”

Other experts contacted by USNI News agreed, the seizure of Maersk Tigris is unprecedented.

Only two incidents come to mind.

In 1986, during the Iran-Iraq War, the Iranian Navy boarded and searched the American flagged cargo ship M/V President Taylor on suspicion it was carrying arms to Iraq but after a 45 minute search allowed the ship to leave.

In 2007 IRGCN forces captured 15 U.K. Royal Navy personnel who were conducting searches of commercial vessels and held them for two weeks.