On Monday the United States and Japan agreed to the most sweeping changes to their bilateral alliance in more than fifty years. The so-called “2+2” Security Consultative Committee (SCC), consisting of the U.S. secretary of state, and secretary of defense, and Japan’s foreign minister and defense minister agreed to a series of initiatives that will draw the two allies even closer in defense and security matters.

The SCC agreed on the so-called Guidelines for Japan-U.S. Defense Cooperation, which will supplement the 1960 Treaty of Mutual Cooperation and Security between Japan and the United States of America. The overall goal is tighter, more seamless cooperation between the two countries on a raft of security issues, from ballistic-missile defense to mutual logistical support and cyber warfare.

The primary benefit to the United States will be a more capable alliance partner, as the Japan Self-Defense Forces (SDF) will be empowered to protect American assets and work more closely with their American counterparts. On the Japanese side, the agreement will help Japan break out of constraints on the SDF and the use of force, in line with Prime Minister Shinzo Abe’s vision of normalizing Japan’s security situation. 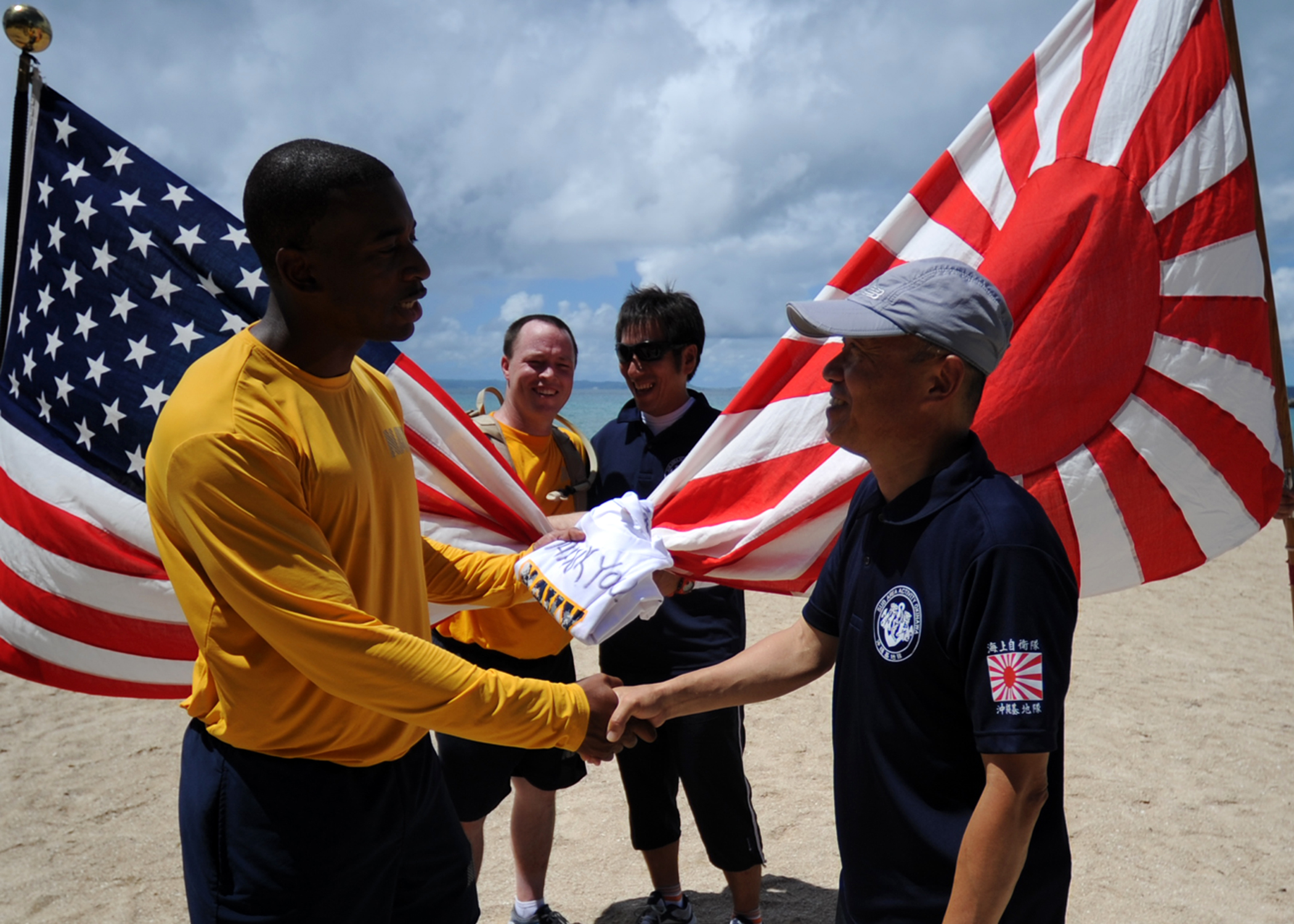 Japan’s postwar Constitution, drafted by American lawyers and legal scholars in the aftermath of World War II, imposes strict limits on the raising of armed forces and the use of force. Article 9 of the constitution states:

Article 9. Aspiring sincerely to an international peace based on justice and order, the Japanese people forever renounce war as a sovereign right of the nation and the threat or use of force as means of settling international disputes.

In order to accomplish the aim of the preceding paragraph, land, sea, and air forces, as well as other war potential, will never be maintained. The right of belligerency of the state will not be recognized.

Japan’s armed forces and security policy have been shaped accordingly. Japan’s military is technically a “self-defense force,” meant solely to defend Japanese territory from aggression and without the means to project offensive power against another state.

Constitutional constraints have had a lasting imposition on the U.S.-Japan alliance. The SDF have been unable to join American forces abroad on combat missions, even when Japanese interests are threatened. Prior to the new guidelines, Japanese forces were unable to defend U.S. forces or territory. (An exception is the SDF are allowed to defend American ships within 1,000 nautical miles of Japan.)

The cornerstone of the U.S.-Japan alliance continues to be a joint dedication to the defense of Japan. Under the guidelines, in the event Japan were to come under some form of attack, Japan would assume primary responsibility for its own defense, including its surrounding waters and airspace, and air and maritime approaches. This also includes chemical, biological, radiological, and nuclear (CBRN) attacks. The United States would provide a supporting and supplementary role.

The guidelines allude to an offensive role for United States forces in wartime. “The United States will take actions to shape the regional environment in a way that supports the defense of Japan and reestablishes peace and security.” That is a reference to offensive action leading to a termination of hostilities, activities the SDF cannot constitutionally provision themselves to conduct.

The guidelines specify a “whole of government” approach, which will knit the two countries together at the civil and military levels. A new aspect of the alliance is the Alliance Coordination Mechanism, a shared set of procedures devoted to streamlining and increasing coordination between the U.S. military and the SDF. That mechanism will further information and intelligence sharing between the two countries, plan for joint contingency operations, and coordinate bilateral exercises.

The alliance will also seek to increase joint coordination and planning through a new Bilateral Planning Mechanism. At the personnel level, exchange programs will assign SDF personnel as liaisons to U.S. military units and vice-versa.

Recently revised projections of North Korea’s nuclear weapon stockpile, as well as China’s sizable arsenal of nuclear and conventionally armed ballistic missiles, are driving Japan and the U.S. to work closer together.

Under the guidelines, the two countries will jointly increase early warning capabilities, including expanding network coverage of potential threats. That likely includes further expansion of the X-band radar network to southern Japan and the Ryukyu Islands. Two U.S. AN/TPY-2 surveillance radars, which can support Aegis BMD and THAAD missile systems, have already deployed to Japan, with another two or three likely. 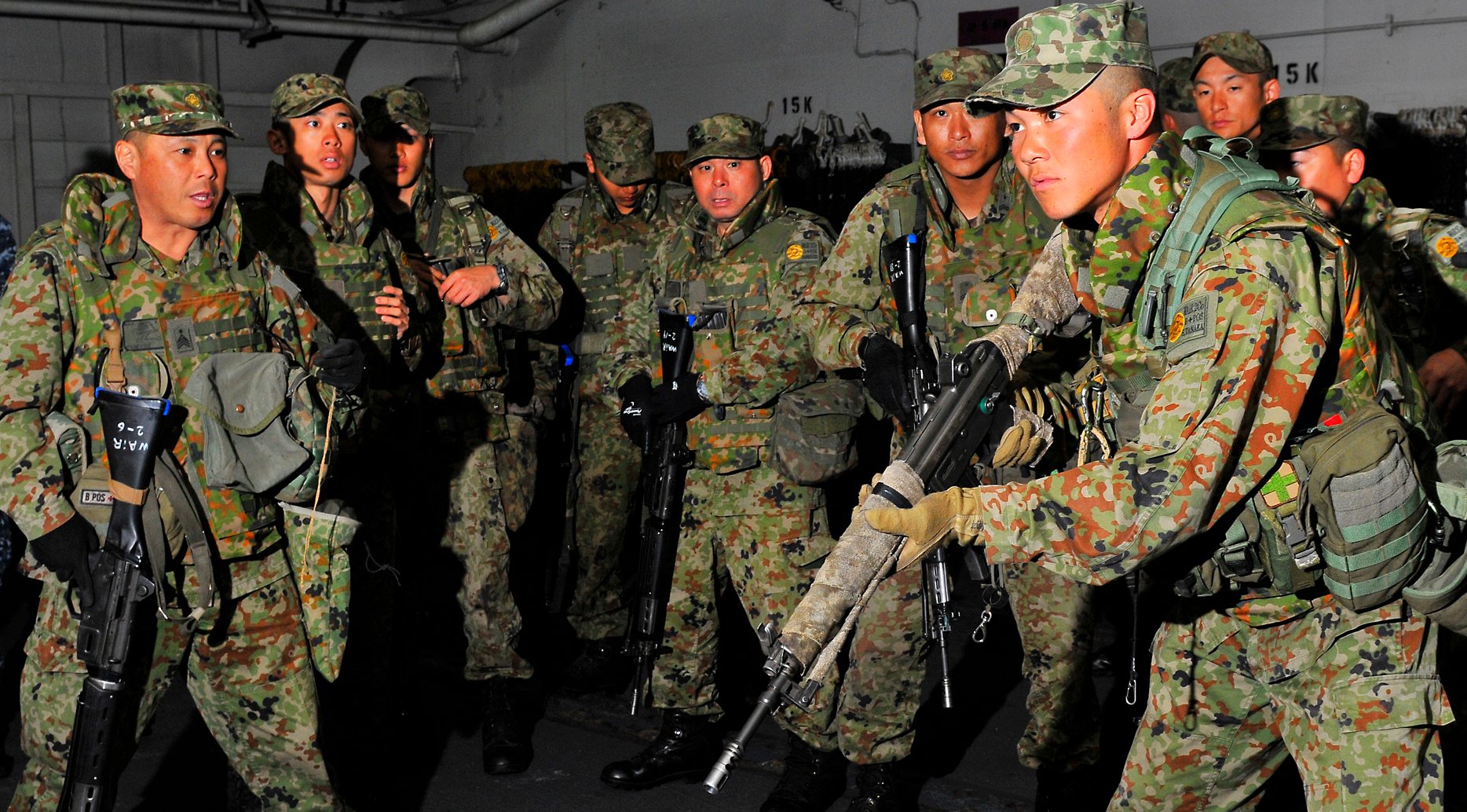 A sore point in the U.S.-Japan alliance has been the inability of the SDF to defend U.S. forces and territory. While Japan claims the universal right of self-defense, successive interpretations of its constitution have disallowed the right to defend other states.

News reports have suggested that under the guidelines, Japanese forces will be allowed to shoot down ballistic missiles aimed at the U.S. The reality is somewhat more complicated.

Under the new guidelines, a form of mutual defense is now allowable. “The Self-Defense Forces and the United States Armed Forces will provide mutual protection of each other’s assets, as appropriate, if engaged in activities that contribute to the defense of Japan in a cooperative manner.” The vague nature of the wording means “assets” could be practically anything, from a U.S. naval vessel to an American city.

A strict interpretation of the guidelines suggests the SDF will only be able to defend American territory in situations arising from the defense of Japan. This suggests that SDF ballistic missile defense would sit out any one-on-one confrontation between the United States and, for example, North Korea that did not directly involve Japan. 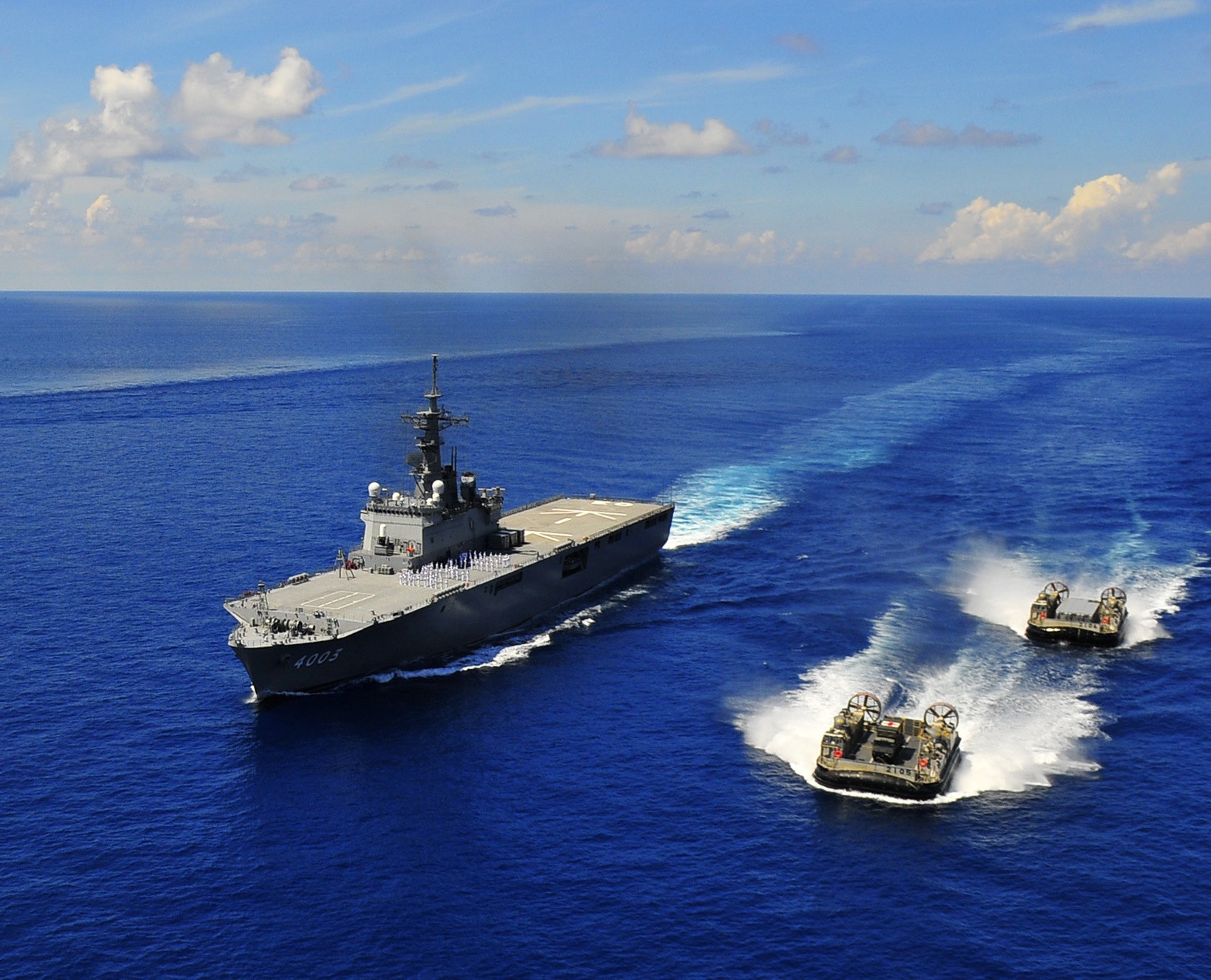 Traditionally, the U.S.-Japan alliance has been restricted to Japanese territory. Now, according to the guidelines, the alliance will have a global scope. “The Alliance will respond to situations that will have an important influence on Japan’s peace and security. Such situations cannot be defined geographically.”

One scenario that may fall under the expanded charter is a noncombatant emergency evacuation of the Korean peninsula. There are at any one time roughly 33,000 Japanese nationals living in South Korea, a number that surges to 100,000 during Japan’s peak travel period. Prime Minister Abe has repeatedly stated the Japanese government would wish evacuate its citizens in wartime.

Japanese government officials have concluded they would receive no help from Seoul in evacuating its civilians, and South Korea has warned Japan it would not allow its sovereignty to be violated by Japanese forces. The use of American ships and planes to evacuate Japanese citizens may be a middle ground that could satisfy both Japan and South Korea. 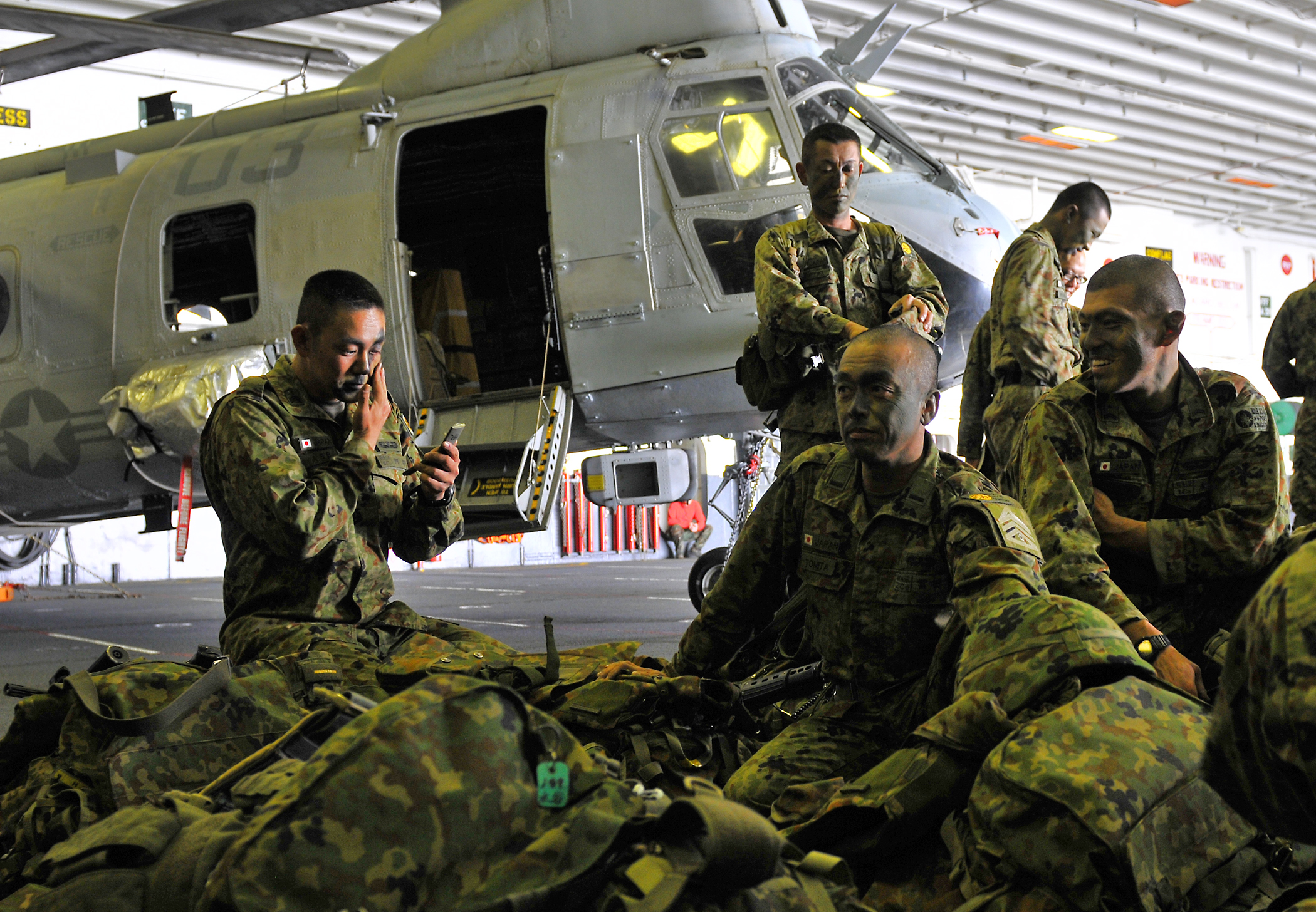 Logistics: Bilateral cooperation will extend to logistics. Under the guidelines, countries will provide mutual logistical support to one another in the field, including supply, maintenance, transportation, engineering, and medical services. The agreement is similar to one Japan signed with Australia in 2010.

The United States and Japan have considerable commonality in military equipment, from GE gas-turbine engines powering surface ships to the upcoming F-35 fighter. The new logistics agreement will allow each country to take advantage of that commonality to assist the other in servicing equipment and resupplying troops during contingency operations.

Maritime cooperation: The guidelines specify ISR, training, and exercises as means to cooperation in the maritime domain. The guidelines stress cooperation in maritime operations, stating that the two countries “will cooperate closely with each other on measures to maintain maritime order based upon international law, including freedom of navigation.” The latter is likely an indirect reference to China’s enforcement of its claim to the South China Sea and implies a future Maritime Self-Defense Force presence in the area, a move endorsed in January by Adm. Robert Thomas, commander of the 7th Fleet.

Space operations: The U.S.-Japan alliance is going into the space domain, to “secure the responsible, peaceful, and safe use of space.” The two countries will share information on emerging threats to space-based assets, cooperate in space-based sea surveillance, and “strengthen the capability and resiliency of space systems.”

Specifically, alliance members have agreed to work together and share information on, “space-based early-warning, ISR; positioning, navigation, and timing; space situational awareness; meteorological observation; command, control, and communications; and ensuring the resiliency of relevant space systems that are critical for mission assurance.”

Cyberspace: Under the Guidelines, Japan and the United States agree to share information on threats and vulnerabilities in cyberspace. Alliance members will cooperate to protect critical infrastructure, including working with private industry to secure secrets. Training and education will be shared.

As with other forms of attack, cyberattacks against Japan will be the responsibility of the SDF, with American forces providing support. 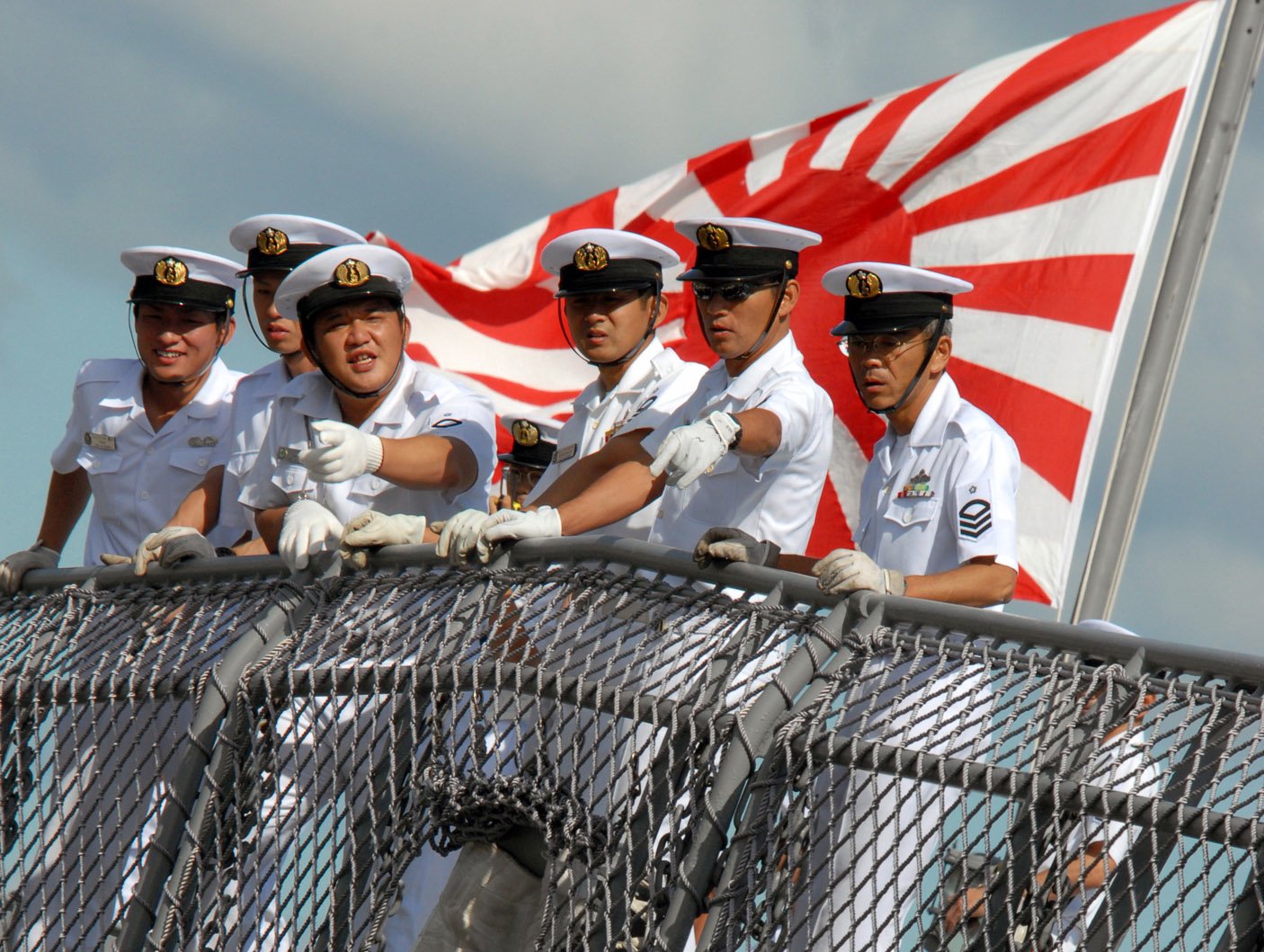 The bulk of the new U.S.-Japan agreement consists of incremental, logical steps for the alliance, and Japan in particular. By embracing mutual self-defense Japan will be able to reciprocate—under certain circumstances—defensive aid. Considering the vast amount of resources America could provide—and risk it assumes—that is only fair.

The agreement opens up new vistas for the alliance, including bilateral planning, joint operations, and informational exchanges at the national strategic level. The agreement will strain—but arguably not breach—Japan’s constitutional boundaries on the use of force. Prime Minister Abe may wish to ultimately do away with Article 9, but this new agreement saves that for another day.