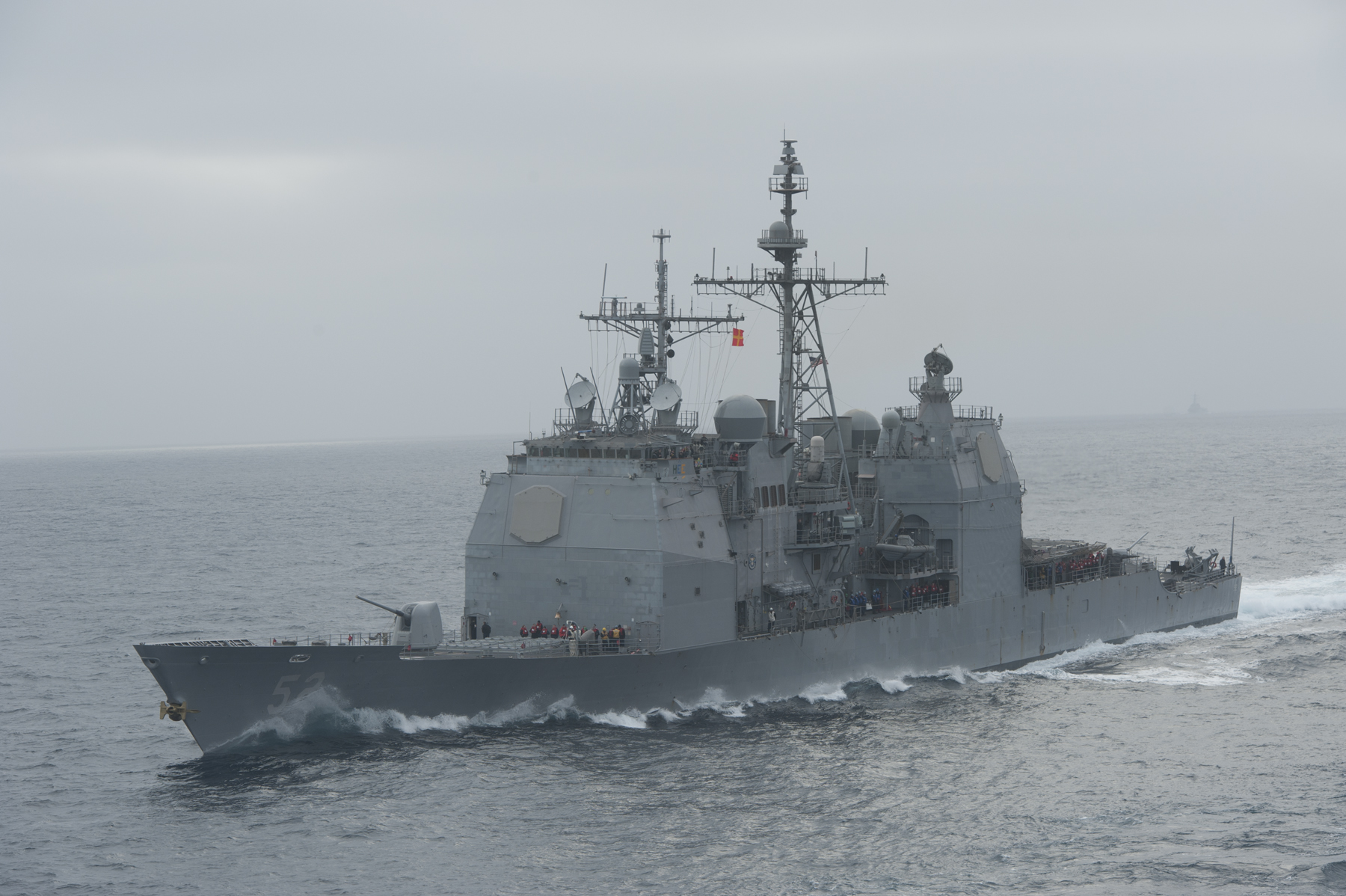 The House Armed Services Committee approved a plan by Rep. Randy Forbes (R-Va.) to cut the Navy’s cruiser modernization period in half — from four to two years.
Under current law, the Navy must put two cruisers into modernization a year, with the work period lasting no longer than four years with no more than six ships in a work availability at a time – more succinctly called the 2/4/6 plan. Forbes, who chairs the seapower and projection forces subcommittee, would cut the work period down to two years.

USS Cowpens (CG-63) and USS Gettysburg (CG-64) are on their way to the shipyards, he said, and if Congress forces a change in plans when the defense bill finally goes to the president’s desk – in December – the Navy would have to delay the work as the service work with the shipyards to figure out how to accomplish the same work in half the time.

Courtney said a four-year maintenance plan allows the yards to perform cruiser upgrades during lulls in their work cycle, whereas a two-year plan would force workers to move full-speed ahead regardless of what other ship classes need work on their own schedules.

Chief of Naval Operations Adm. Jonathan Greenert wrote to HASC chairman Rep. Mac Thornberry (R-Texas) on Tuesday to express his concerns, saying “this change would create affordability and executability challenges, as well as added strain on the shipbuilding industrial base, Sailors and their families.”

He went on to note that longer maintenance periods mean the Navy can reduce ship crew sizes – the original phased maintenance plan to lay up 11 ships and perform the modernization work as the older 11 cruisers near retirement would create $4.5 billion in manpower cost savings, he wrote, and even the 2/4/6 plan would create $300 to $400 million in savings. Forbes’ 2/2/6 plan does not allow for any crew reductions, he wrote.

Courtney cited this section of the letter, saying no cruiser replacement program exists today and that Congress shouldn’t force the Navy to eat up service life faster than the sea service wants to.

“We’re over the hurdle on whether or not cruisers are going to continue to be part of the fleet; the question now is just really what’s the smartest plan moving forward to modernize that critical component of our seapower,” he said.

Forbes rejected these arguments, saying the Navy didn’t want the cruisers and wouldn’t do the modernization work if Congress didn’t force it to.

Expressing his distrust of the Navy to bring the cruisers back to the fleet without congressional pressure, he reminded the committee of the Navy’s previous plan to retire seven cruisers early due to budget pressure.

“When Congress said no, it was like a scene from a Disney fairytale,” Forbes said.
“They went back, came back and said oh no no no, you guys misunderstood – we really don’t want to destroy the cruisers like we were talking about, what we want to do is put them in a real deep sleep, and we want to take off all their electronics, all their radar, all their manning, and 11 years from now we hope they’ll all wake up and be refreshed and be ready to go. But the kicker is … to this day the Navy has not put a penny into their Future Years Defense Programs to wake up these cruisers. And they tell us they’re not going to put money in there.”

HASC ranking member Rep. Adam Smith (D-Wash.) spoke in support of Courtney’s amendment, saying Forbes’ plan would spend the money set aside for cruiser modernization too quickly. Forbes said the work could be done in 18 months and therefore the ships should be upgraded and returned to the fleet as quickly as possible.

Forbes framed the issue as his two-year plan versus the Navy’s preferred phased modernization plan, which would cut the cruiser fleet in half in the short term. All the Democrats on the committee except for two pushed for the four-year plan but lost in a 38-24 vote.

Because the 2/4/6 plan was passed in the defense appropriations bill last year, the House and Senate armed services committees never weighed in. The decision to support a 2/2/6 plan will be HASC’s first codification of a cruiser modernization plan beyond simply banning early retirements.