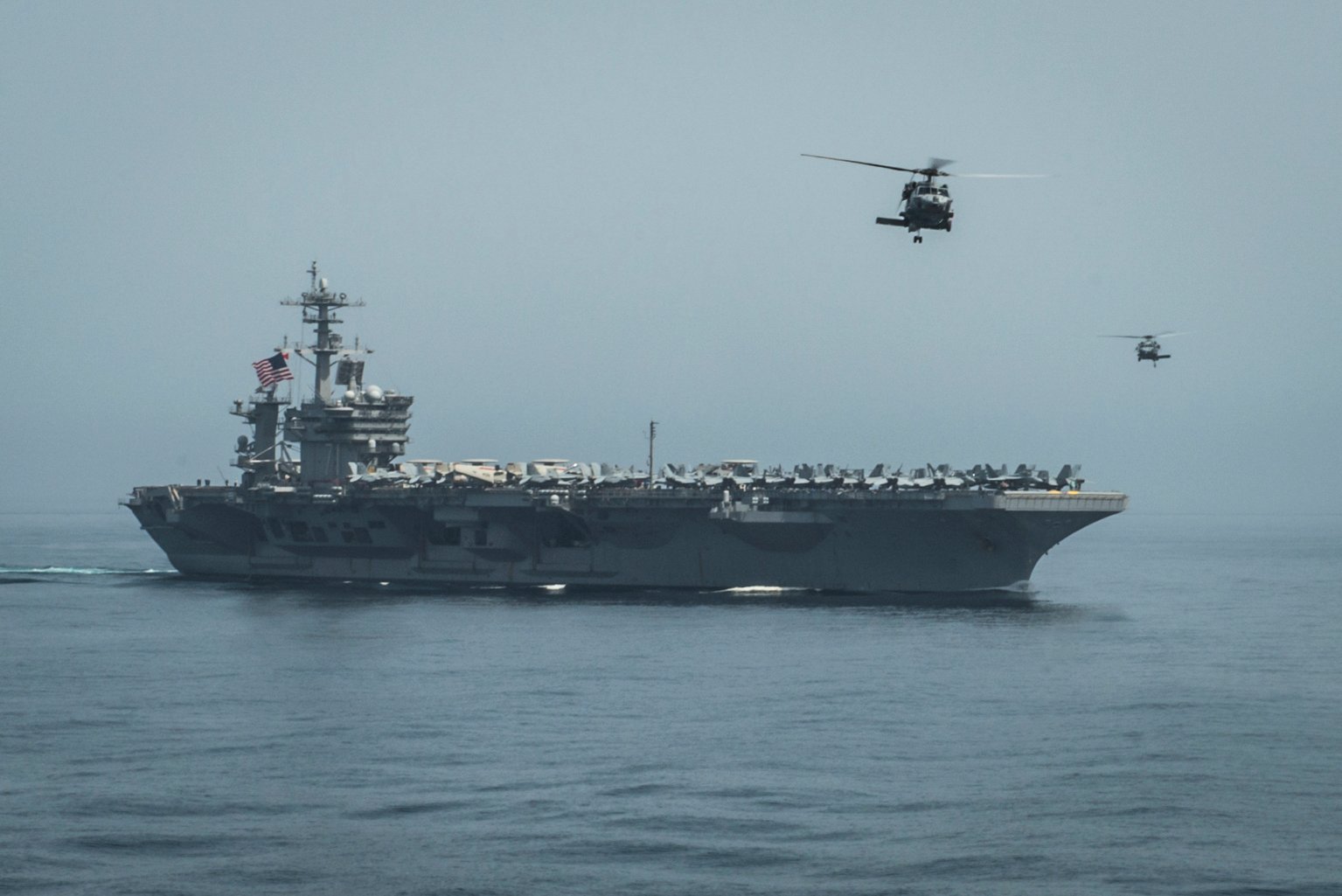 Nine U.S. warships have moved closer to Yemen — including the bulk of the Theodore Roosevelt Carrier Strike Group (CSG) — pulling U.S. forces away from the ongoing airstrikes against Islamic State in Iraq and Syria (ISIS or ISIL) militants, U.S. Navy officials told USNI News on Monday.

The Navy announced the Roosevelt CSG had left the Persian Gulf on Sunday along with guided missile destroyer USS Normandy (CG-60).

“In recent days, the U.S. Navy has increased its presence in this area as a result of the current instability in Yemen,” read the statement.

“The purpose of these operations is to ensure the vital shipping lanes in the region remain open and safe. The United States remains committed to its regional partners and to maintaining security in the maritime environment.”

The security situation in Yemen has steadily deteriorated since the overthrow of former president Abdu Rabbu Mansour in January by Houthi rebels.

Shortly after the ouster, Saudi Arabia began a military effort of Arab allies against the Houthi’s with logistical support from the U.S.

“The coalition’s warplanes have carried out hundreds of airstrikes, targeting military bases and positions held by the Houthis and their main allies, military units and security forces loyal to Ali Abdullah Saleh, who ceded the presidency in 2012,” reported The New York Times on Sunday.

The Associated Press reported the CSG had been moved to intercept a suspected shipment of Iranian arms to rebels. 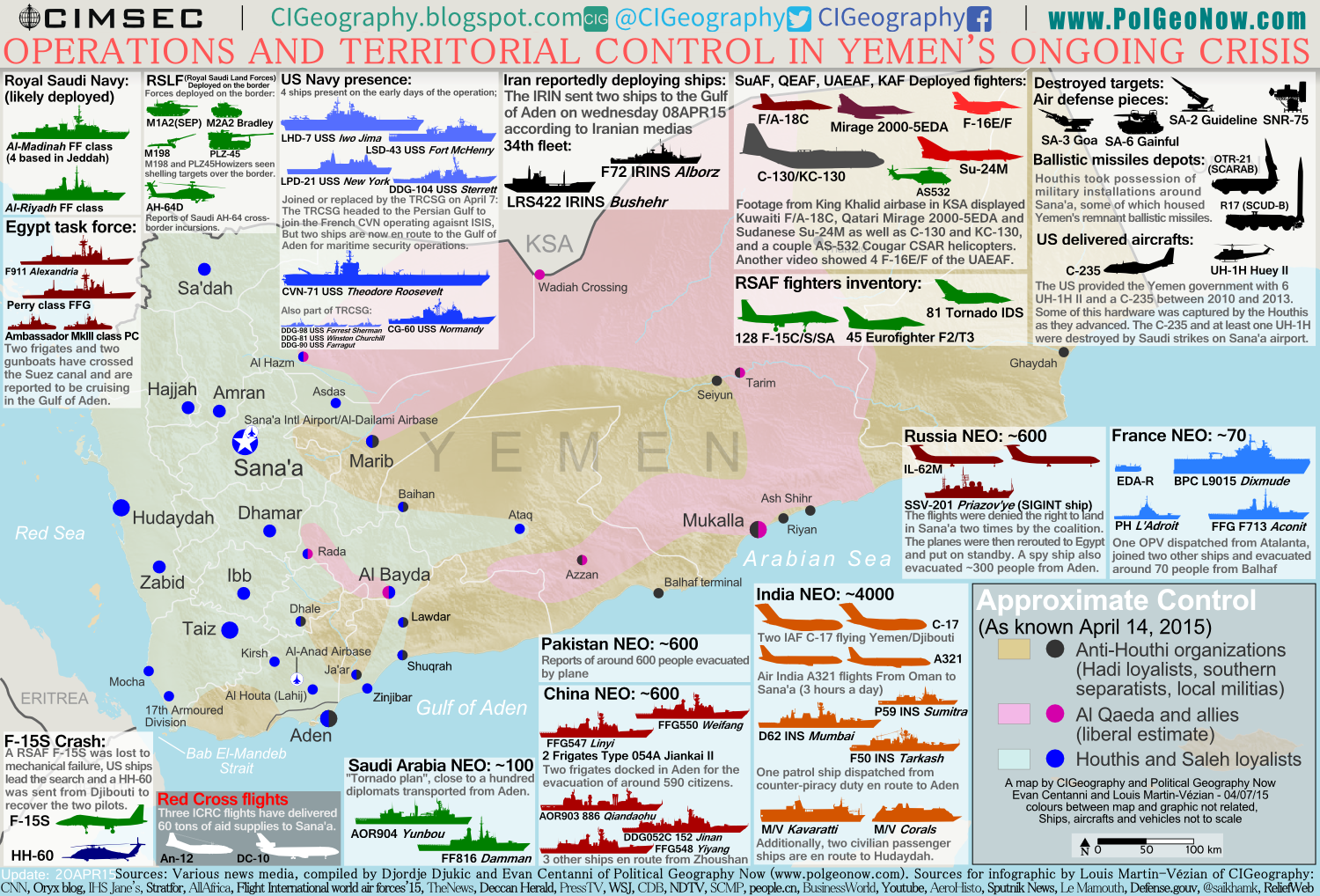 The total amount of naval vessels in the region near Yemen could be as high as 30, according to information collected by the Center for International Maritime Security (CIMSEC) and updated on Monday.

Some ships — like from the Indian Navy and the Chinese People’s Liberation Army Navy (PLAN) — are in support of non-combatant evacuations (NEO) from the country.

While other ships from countries like Saudi Arabia and Egypt are protecting regional trade and security interests.

As to the ongoing anti-ISIS strikes — Operation Inherent Resolve — its unclear what affect the departure of Roosevelt and its air wing will have on the ongoing campaign.

“As a matter of policy, we won’t go into detail about the specific resources at our disposal,” read a statement to USNI News.
“The CJTF has the resources necessary to conduct operations in support of Operation Inherent Resolve”.