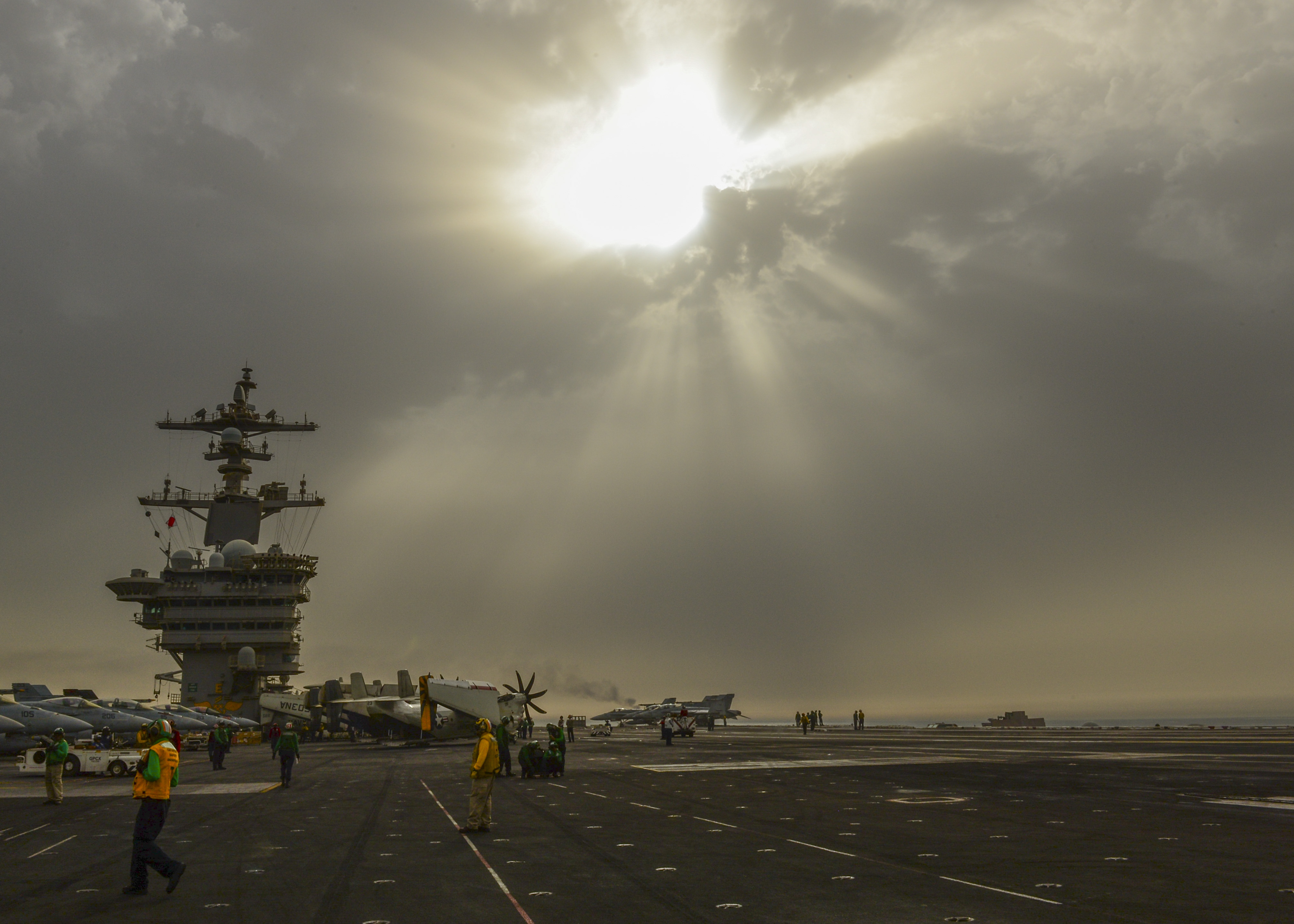 The Carl Vinson carrier strike group (CSG) has left U.S. Central Command and has passed its strike missions over Iraq and Syria to a new CSG centered on USS Theodore Roosevelt (CVN-71), the service announced on Friday.

“While in the region, Team Vinson successfully flew 12,300 sorties including 2,300 flying combat missions, landed more than 9,462 aircraft and dropped a total of 832 bombs,” read the statement. 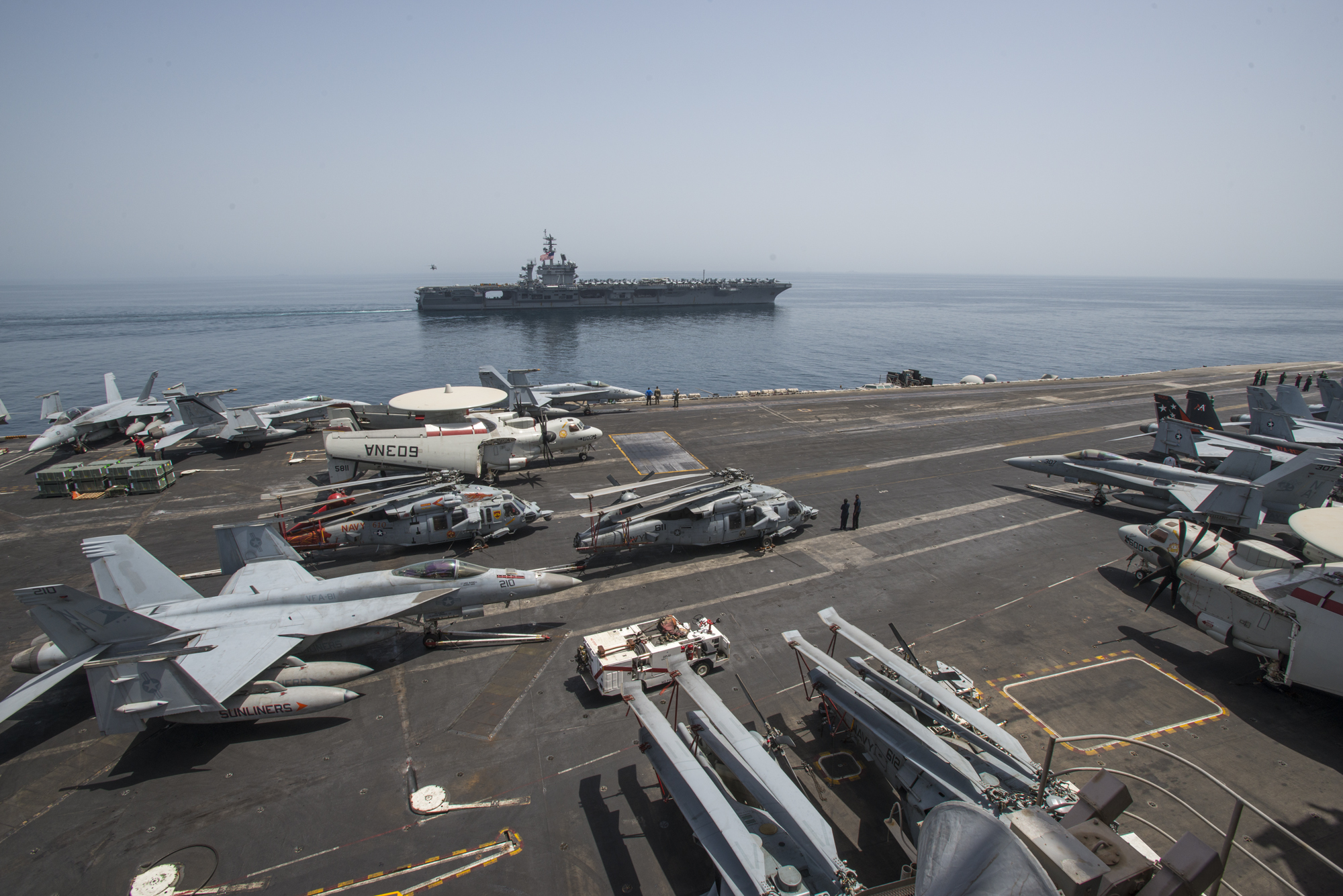 This is the first deployment for Roosevelt following last year’s completion of the carrier’s mid-life refueling and complex overhaul (RCOH) in Newport News, Va.

The RCOH introduced the Navy’s new Naval Integrated Fire Control-Counter Air—or NIFC-CA (pronounced: nif-kah) capability into the CSG along with modifications to Normandy and the inclusion of a deployed squadron Northrop Grumman E-2D Advanced Hawkeyes.

The first operational NIFC-CA deployment divides the E-2s, Normandy and Roosevelt into a network of sensors and shooters designed to extend the lethal reach of the CSG.

Following the deployment, the Roosevelt CSG will travel through to its new homeport at Naval Station San Diego, Calif. as part of a three carrier swap that will move USS Ronald Reagan (CVN-76) to replace USS George Washington (CVN-73) as the U.S. forward deployed carrier in Japan while Washington heads to Newport News for its own RCOH.