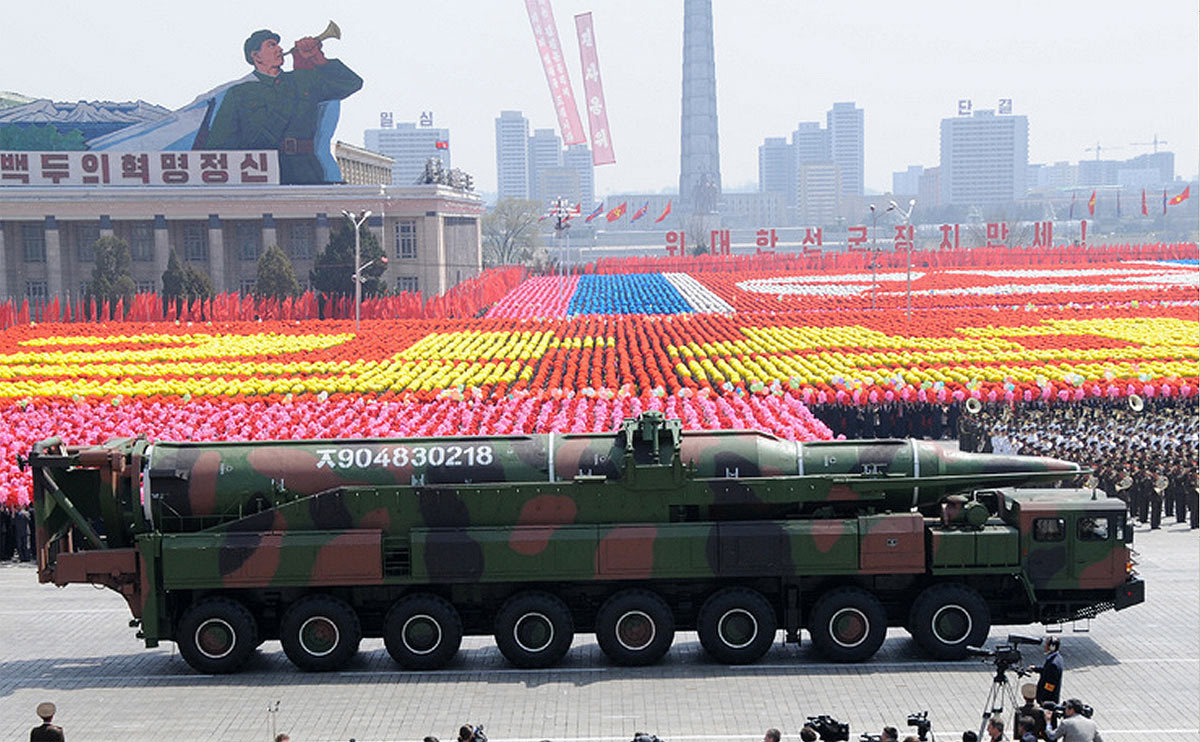 PENTAGON — North Korea has the ability to launch an intercontinental ballistic missile capable of hitting the West Coast of the U.S. with a nuclear weapon from a mobile launcher, according to a Department of Defense intelligence assessment cited by the head of NORAD in a Tuesday press briefing.

Not only does the Pentagon worry that the road mobile weapon — the KN-08 — is able to launch with reduced warning from inside North Korea but also that the current regime has advanced its nuclear weapons technology enough to arm the ICBM with an effective warhead.

“Our assessment is they have the ability to put a nuclear weapon on a KN-08 and shoot it at the homeland and that’s the way we think, that’s our assessment of the process,” NORAD and U.S. Northern Command head Adm. William Gortney said in a press briefing to reporters.
“We’re very concerned about the mobile nature of the KN-08. We lose our ability to get he indication that something might occur and of course the unpredictable nature of the regime that’s there.”

He did say there was no evidence North Korea has tested the missile.

Unlike North Korea’s other ICBMs that are fired from fixed locations, “that relocatable nature makes it very difficult for us to be able to counter it,” “It’s the relocatable target set that really impedes our ability to find, fix and finish the threat,” he said.

Gortney’s claims to the capability of the KN-08 is the firmest assertion from a U.S. official of the ability of the weapon which first emerged in a military parade in Pyongyang in 2012 and again in 2013.

Analysts have been split on the veracity of North Korea’s KN-08 claims.

“A parade always is a show of force, intended to transmit a message. It is also a perfect setting for spreading disinformation,” read an early 2014 report from the Korean Asian Institute for Policy Studies.

“Several details visible on every KN-08 mock-up indicate that the designers had only limited experience on how a real missile works and how it is operated.”

When asked about the KN-08 specifically in October, U.S. Forces Korea commander Gen. Curtis Scaparrotti indicated the North Korean’s might have the capability but was not convinced of its effectiveness.

“I’ve got to assume they have the capabilities to put it together,” he told reporters in a Pentagon briefing.
“We’ve not seen it tested at this point. And as you know, for something that that’s complex, without it being tested, the probability of it being effective is pretty darn low.”

Now in April, Gortney said that intelligence assessments indicated the capability was more mature when he took over the NORAD job four months ago.

“We asses it that it’s operational today and so we practice to go against that.” he said.

Even the higher degree of difficulty of intercepting the missile, Gortney was confident U.S. ballistic missile defenses could take out a KN-08 bent on harm.

“[All] that said — should one get airborne and come at us — I’m confident we’ll be able to knock it down,” he said.